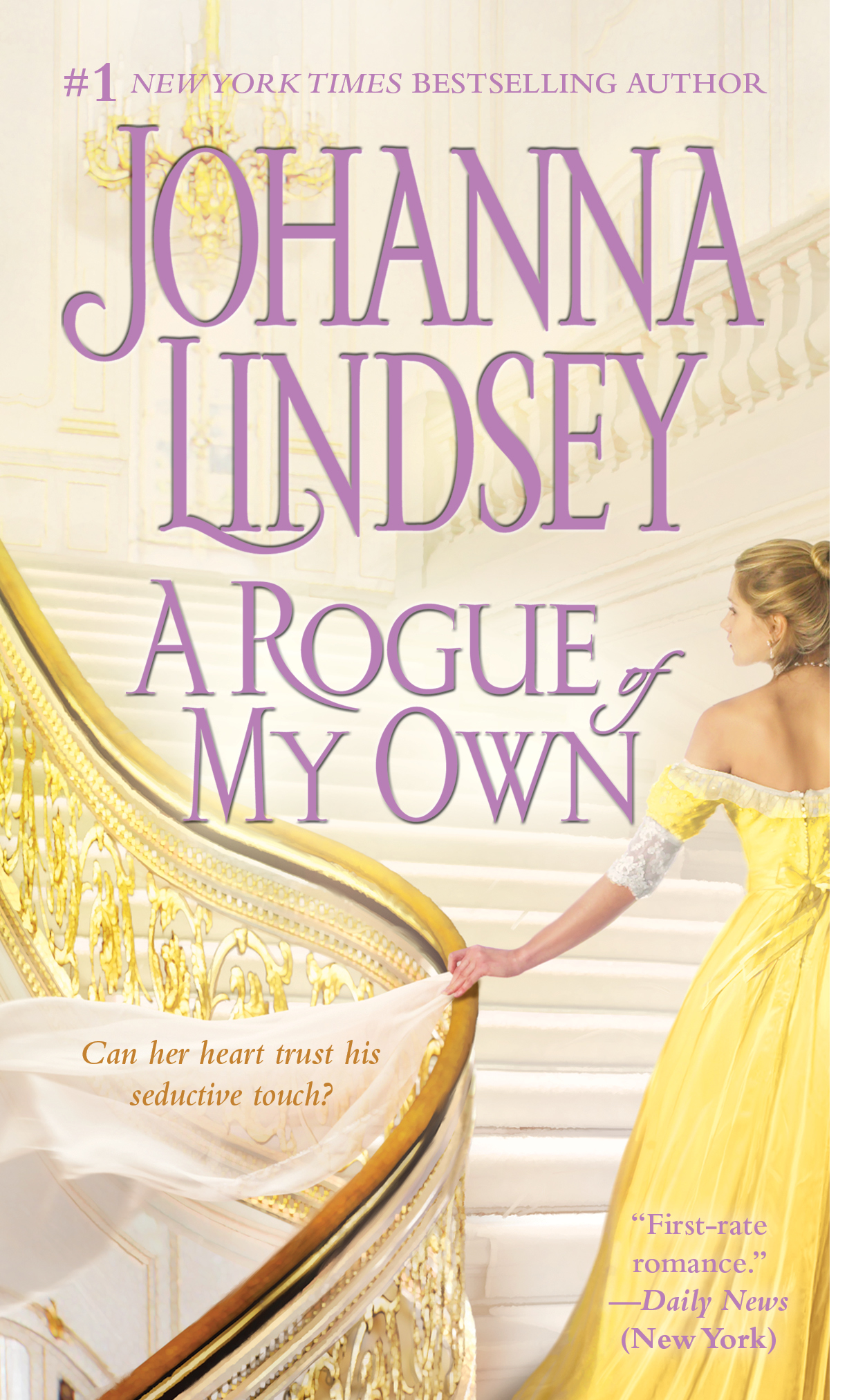 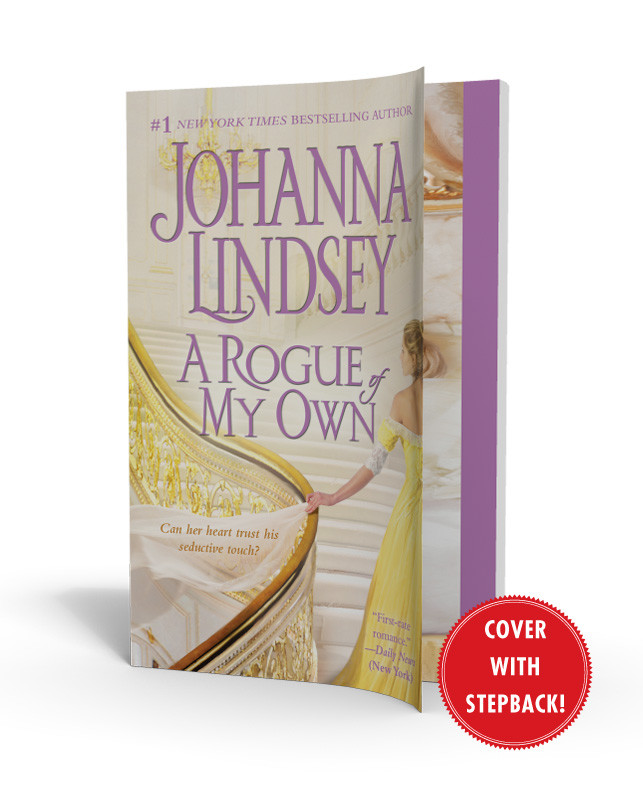 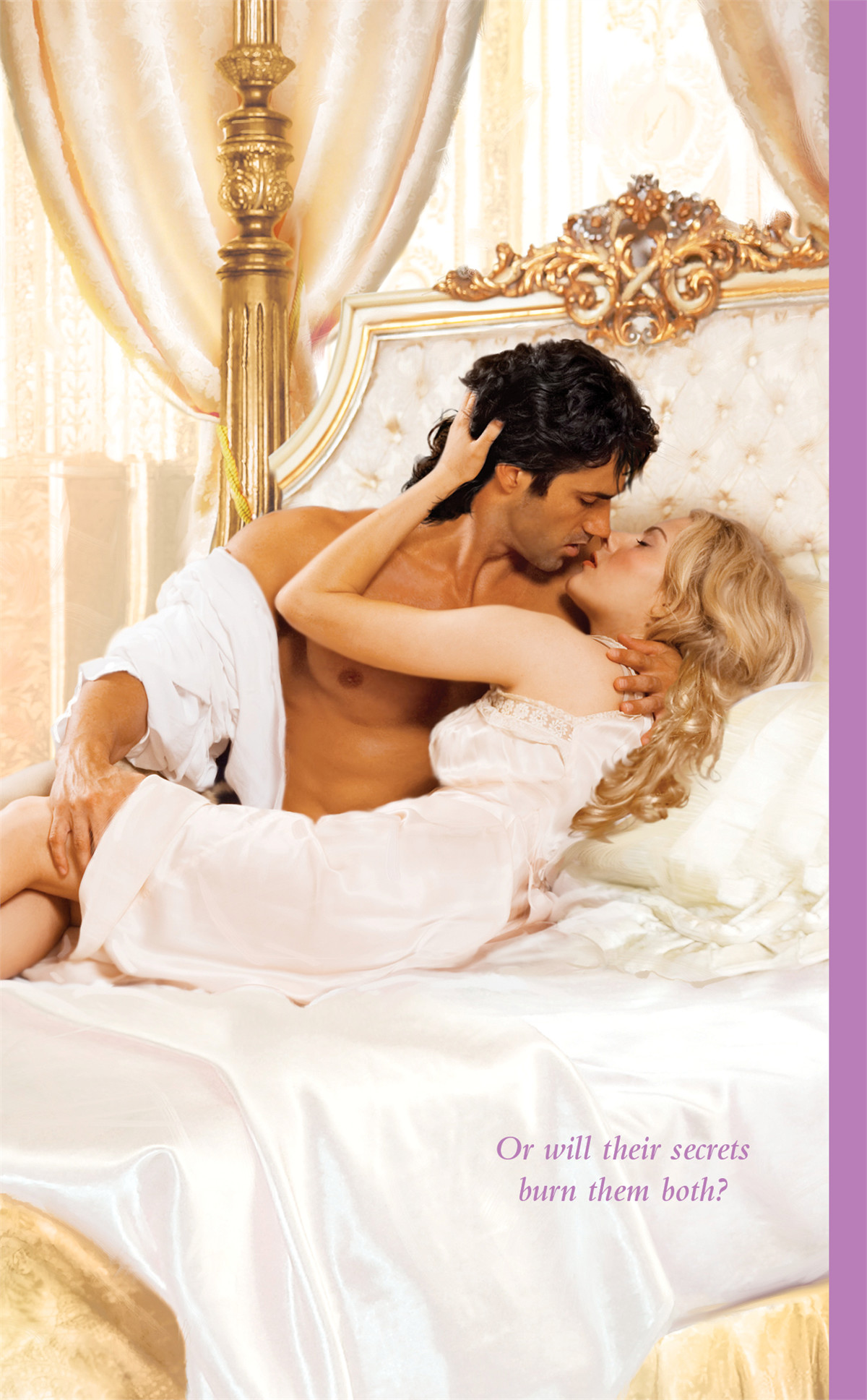 A Rogue of My Own

In #1 New York Times bestselling author Johanna Lindsey’s captivating regency romance, an innocent young lady’s first brush with royal court intrigue lands her at the altar alongside one of London’s most notorious rogues.

For Lady Rebecca Marshall, a whirlwind of excitement begins when she becomes a maid of honor at the court of Queen Victoria. But when Rebecca unknowingly steps into the rivalry between the Queen’s spymaster and a noblewoman who uses the maids as courtly spies, she is soon entangled in a web of deceit with the charming marquis Rupert St. John. The devastatingly handsome ne’er-do-well is the cousin of Raphael Locke, with whom Rebecca was once infatuated…He’s also a secret agent of the crown who leads a double life. Certain that guileless Rebecca is spying on him, Rupert seduces her—then, forced to wed, he believes she has set a trap of the worst sort in order to marry into his powerful family! But as he comes to know Rebecca’s true heart, his vow of revenge and infidelity becomes a desire to share many passionate nights—only with his beautiful wife.

A Rogue of My Own Chapter One


BUCKINGHAM PALACE. REBECCA Marshall still couldn’t believe she was going to be living there. She’d known for a week, but the reality of it simply hadn’t sunk in. But now here she was.

Becoming a maid of honor at Queen Victoria’s court was the biggest surprise she’d ever had in all of her eighteen years. Her mother, Lilly, had been hoping for this elite position to be bestowed on her daughter, but Lilly hadn’t told Rebecca that she’d called in a few favors to obtain it. She hadn’t wanted Rebecca to be disappointed if it didn’t come to pass.

Rebecca wouldn’t have been disappointed. She’d never even considered being a maid of honor at the royal court. But she knew that it was something her mother had aspired to. Lilly often spoke of her lost chance to be a maid of honor, or even a lady of the bedchamber once she’d become a married woman. Her family had been staunch Tories like her husband. And with the Whigs in power, controlling all of the court appointments, Lilly had been unable to achieve her fondest wish and had finally given it up. After all, the Whig political party had retained power for a long time.

But now the Tories, more recently called Conservatives, were finally back in office, with Sir Robert Peel as the new prime minister. Out with the old, in with the new, as it were. With new appointments being made, Lilly had quickly petitioned party officials for an appointment for Rebecca. There was no guarantee that Rebecca would receive one as there weren’t many appointments to be had. But the letter had arrived last week. And like an excitable young girl, Rebecca’s mother had actually shouted for joy after reading it, she had been so thrilled. And her excitement had been contagious.

The last week had been a whirlwind. Mother and daughter had only just started planning for Rebecca’s come-out in London during the next winter Season, which was still months away. They were still in the early stages of having her new wardrobe designed, with nothing created yet! So many extra seamstresses had to be hired, and decisions had to be made quickly. There were trips back and forth to the nearby town of Norford, sometimes two or three trips a day. And underlying it all was the excitement and Lilly’s nonstop chatter about this being the most golden opportunity of Rebecca’s life.

It was also going to be the biggest change in Rebecca’s life since her father’s passing. The Earl of Ryne had died when she was only eight. Lilly had never entertained the idea of remarrying. The earl’s title had gone to a male relative of his, but the manor near Norford where Rebecca had grown up wasn’t entailed. She’d spent her whole life there, hadn’t even gone off for her schooling as had some of her closer friends. Lilly hadn’t been willing to part with her, so she had arranged for Rebecca to have the best teachers right there at home.

Rebecca had loved that arrangement. It allowed her and her mother to spend a lot of time together. Both adept horsewomen, they rode nearly every day when the weather was good. Rebecca was going to miss that. With both of them having so many friends in Norford, there was always someone stopping by to visit, or some social gathering to attend. Rebecca was going to miss that, too. But they wouldn’t be so far apart. Norford was only a few hours’ ride north of London. However, Lilly was determined to give Rebecca some time to get settled in and used to her position, before she visited. She didn’t want to appear to be an overprotective mother, even if she was!

Actually, this appointment to the queen’s court would be the second golden opportunity for Rebecca that mother and daughter had extensively discussed. The first had arisen five years ago when they were in complete agreement on their first choice for Rebecca’s future husband. No need for a Seasonal launch if she could catch his eye, and he was a neighbor, too, Raphael Locke, the Duke of Norford’s heir. So convenient! But the esteemed fellow had up and married someone else before Rebecca was old enough to put herself forward, and that had ended that.

Such a shame. She had been looking forward to being a part of that interesting family. Preston Locke, the duke, had five sisters, all married and living elsewhere now, but they often returned to Norford for visits. Lilly had told stories about the days when most of those ladies had still lived at home and how the Lockes had quite dominated the local society, and in fact some of the grander parties Rebecca had attended had been at Norford Hall when she was a child. She had almost got closer to that family when she became friends with the youngest daughter of the house, Amanda Locke. It was too bad they had lost touch with each other after Amanda was sent off to private school.

The duke hadn’t entertained much after that because it was only him and his elderly mother in that big house. His wife had died years ago, and while every available lady in the neighborhood had probably tried to catch his eye over the years, he remained a widower. But Ophelia Locke did the entertaining there now, the woman who had captured Raphael’s heart before Rebecca could!

Two lost opportunities in that illustrious family, a best friend and a husband. But this new opportunity was upon her. A maid of honor at Queen Victoria’s court! Rebecca knew all the benefits. Holding the position was comparable to attending the most elite finishing school in the world. She’d be meeting the most important people in England and royalty from across the Continent. There was no reason to wait for a Season if you were part of a court with a queen who loved to entertain. If Rebecca was lucky, the queen might even have a hand in picking her future husband. Anything was possible.

Miraculously, Rebecca’s wardrobe was finished in time for her departure for London and was much grander than it would have been for a mere Season. Lilly had spared no expense. And she accompanied Rebecca and her maid, Flora, to London.

It wasn’t the first time Rebecca was seeing London. There had been a few shopping excursions over the years, a horse race Lilly just had to attend since the sire of her mare was racing that day, the wedding of an old friend Lilly had been invited to, and, of course, Rebecca had joined her on all of those trips. But this was the first time she was seeing Buckingham Palace. There had been no reason to visit it before when no monarchs had made it their home until now.

Alighting from the coach with her mother and Flora, Rebecca stood there in awe of the grand structure that she would be living in for months, possibly years. It was so much bigger than she had imagined! Even the marble arch of the ceremonial entrance was stories high! Palace guards were marching nearby in their brightly colored uniforms. Other people passed under the huge arch that Rebecca would be walking through.

Her feet wouldn’t move. Nervousness nearly overwhelmed her. She already knew Lilly wasn’t going to escort her inside, but she wasn’t ready to say good-bye! She’d never had to say good-bye to her mother before, not like this.

Lilly took her hand and squeezed it. She understood. In that simple gesture, she gave Rebecca courage.

“Your father would have been so proud, had he lived to see this.”

Rebecca glanced at her mother. It was a poignant moment. Lilly was so happy for her daughter, and yet she was no doubt recalling her own missed opportunities. It was in her expression, close to tears yet smiling.

“You two aren’t going to cry, are you?” Flora asked in a complaining tone.

Lilly laughed. Rebecca managed a grin. Flora was good at relieving tension with her candor.

Unfortunately, Flora wouldn’t be living in the palace with Rebecca. She would only stay long enough today to get Rebecca settled in. They both knew that Rebecca wasn’t going to get a room to herself. There simply weren’t enough rooms for all the members of the court, let alone for their servants. So Lilly had rented a flat for Flora nearby so she could come to the palace each day to maintain Rebecca’s wardrobe and perform her usual duties.

Lilly had been entertaining the idea of buying a town house in London for Rebecca’s first Season. But now that Rebecca’s “Season” had begun under a completely different set of circumstances, Lilly was more hesitant about the idea. While some of the ladies at court owned homes in London where they spent their nights instead of sharing a room at the crowded palace, Lilly wanted Rebecca to experience every aspect of court, and the surest way to do that was to live there. If the Marshalls had a town house, Rebecca might be tempted to go home to it each night.

Lilly gathered Rebecca into her arms for a long hug. “I’ll see you in a few weeks, darling. At least I will try to stay away that long.”

“Yes, I do,” Lilly cut in. “This is your time, not mine. You’re going to enjoy every minute of it. But you must write me every day. I want to hear about everything.”

“But most of all, Becky, enjoy yourself. Wonderful things are going to happen for you. I just know it.”

Rebecca really wished she had more of her mother’s enthusiasm, but her own excitement had waned now that their separation was imminent. This was her mother’s dream. She wished Lilly could have had it instead of her.

But for Lilly’s sake, she put on a bright smile, gave her mother one last hug, and hurried inside the palace. 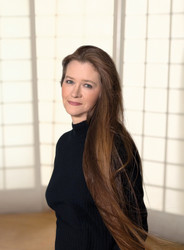 Johanna Lindsey (1952–2019) was world-renowned for her “mastery of historical romance” (Entertainment Weekly), with more than sixty million copies of her novels sold. She was the author of nearly sixty nationally bestselling novels, many of which reached the #1 spot on the New York Times bestseller list. Lindsey lived in New Hampshire with her family.

A Rogue of My Own

SEE ALL
See more by Johanna Lindsey
Thank you for signing up, fellow book lover!