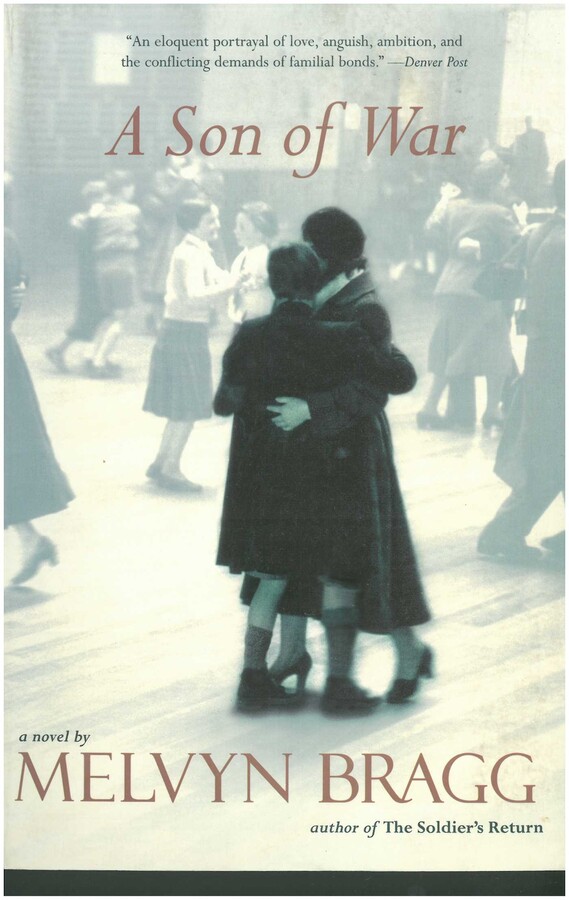 A Son of War

A Son of War presents Melvyn Bragg’s second installment in what the Sunday Telegraph calls one of the finest literary sagas of postwar Britain.” Continuing the story of the Richardson family begun in the award-winning The Soldier’s Return, this powerful novel depicts how the terrible upheavals of World War II reverberated in the peace that followed. After returning from the campaign in Burma, Sam Richardson was determined to leave his small hometown of Wigton for the promised land of Australia. Yet now, a few months later, he has settled for a job in Wigton’s paper factory, and believes he has put both his aspirations and his memories of the war behind him. His wife, Ellen, knows better, realizing how close their marriage has come to disaster. Caught between them, their young son Joe strives to fulfill their conflicting expectations for him, as he faces the challenges of childhood and adolescence and confronts his own demons.

Crafted with admirable understatement and acute insight into the twists and turns of the heart, this is a worthy successor to the highly praised The Soldier’s Return. A Son of War portrays a family forever altered by an experience subsequent generations can scarcely imagine, yet whose individual hopes, compromises, and quiet triumphs form the fabric of everyday, universal life.

“An eloquent portrayal of love, anguish, ambition, and the conflicting demands of familial bonds.” —Denver Post

“[Bragg is] an excellent recorder, catching the tone and texture of provincial England in the lean postwar years. . . . The substance of the novel is widely familiar and accessible: family discord and love, the conflict of coziness and risk, the testing of character in a wider world. All of these Melvyn Bragg sympathetically observes and renders with faithful appreciation.” —Washington Post

“A marvelous and very rich tale, all the more powerful for its quiet tone and restrained narration.” —Kirkus Reviews (starred review)

“Bragg is a marvelous writer with a light and understated style that easily evokes memory of postwar England. This latest work is essential.” —Library Journal (starred review)

“This is the second volume of a trilogy that began with The Soldier's Return, about a family in a little town in Cumbria, in the northwest of England, in the years following WWII; the trilogy has been heralded in Bragg's native Britain as his masterwork. It is certainly, in its first two volumes, a highly impressive achievement, spinning an utterly convincing tale of small lives that embrace large issues of faith, courage, endurance and aspiration. . . . Bragg has a remarkable knack for entering into the hearts and minds of his characters, and his understanding of their milieu, still an almost feudal one in many respects even in the mid-20th century, is acute. This is an old-fashioned book in the best sense: sympathetic, leisurely, absorbing and warmly believable.” —Publishers Weekly

“One of the finest sagas of postwar Britain.” —London Sunday Telegraph

An eloquent portrayal of love, anguish, ambition, and the conflicting demands of familial bonds.” Denver Post

A marvelous and very rich tale, all the more powerful for its quiet tone and restrained narration.” Kirkus Reviews (starred review)

Bragg is a marvelous writer with a light and understated style that easily evokes memory of postwar England. This latest work is essential.” Library Journal (starred review)

A Son of War