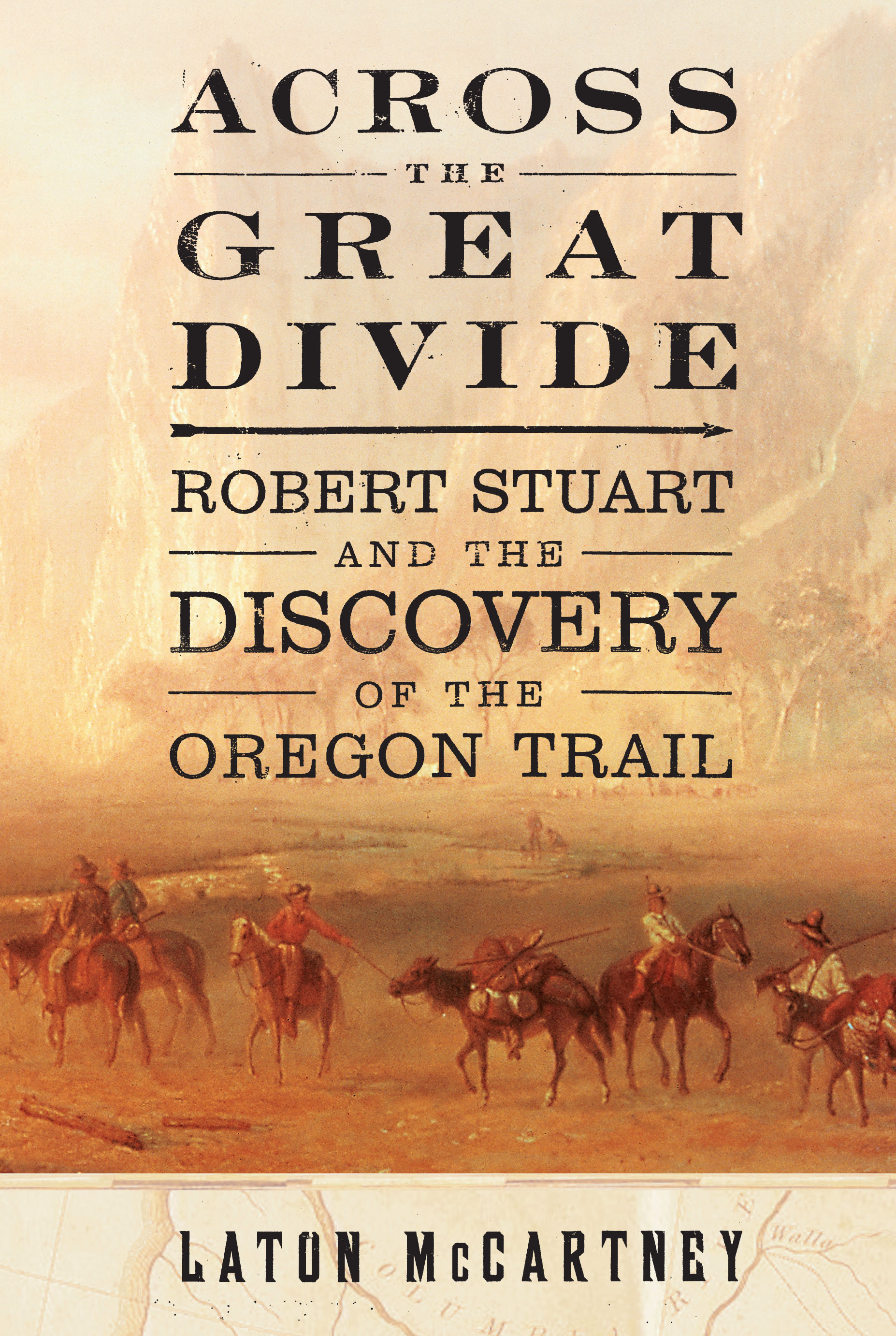 Across the Great Divide

Robert Stuart and the Discovery of the Oregon Trail

Resurrecting a pivotal moment in American history, Across the Great Divide tells the triumphant never-before-told story of the young Scottish fur trader and explorer who discovered the way West, changing the face of the country forever.
In the heroic tradition of Stephen Ambrose's Undaunted Courage comes the story of Robert Stuart and his trailblazing discovery of the Oregon Trail. Lewis and Clark had struggled across the high Rockies in present-day Montana and Idaho, but their route had been too perilous for wagon trains to follow. Then, six years after the Corps of Discovery returned from the Pacific, Stuart found the route that would make westward migration possible.
Setting out in 1812 on the return trip from establishing John Jacob Astor's fur trading post at Astoria on the Oregon Coast, Stuart and six companions traveled from west to east for more than 3,000 grueling miles by canoe, horseback, and ultimately by foot, following the mountains south until they came upon the one gap in the 3,000-mile-long Rocky Mountain chain that was passable by wagon.
Situated in southwest Wyoming between the southern extremes of the Wind River Range and the Antelope Hills, South Pass was a direct route with access to water leading from the Missouri River to the Rockies. Stuart and his traveling party were the first white men to traverse what would become the gateway to the Far West and the Oregon Trail. In the decades to come, an estimated 300,000 emigrants followed the corridor Stuart blazed on their way to the fertile farmlands of the Willamette Valley and the goldfields of California.
Across the Great Divide brings to life Stuart's ten-month journey and the remarkable courage, perseverance, and resourcefulness these seven men displayed in overcoming unimaginable hardships. Stuart had come to the Pacific Northwest to make his fortune in the fur trade, but during his stay in the wilderness he emerged as a pioneering western naturalist of the first rank, a perceptive student of Native American cultures, and one of America's most important, if least-known, explorers. Today Stuart's expedition has largely been forgotten, but it ranks as one of the great adventure odysseys of the nineteenth century.
A direct descendant of Stuart, award-winning journalist Laton McCartney has obtained unique access to Stuart's letters and diaries from the expedition, lending depth and unparalleled insight to a story that is at once an important account of a pivotal time in American history and a gripping, page-turning adventure.

Across the Great Divide

Robert Stuart and the Discovery of the Oregon Trail