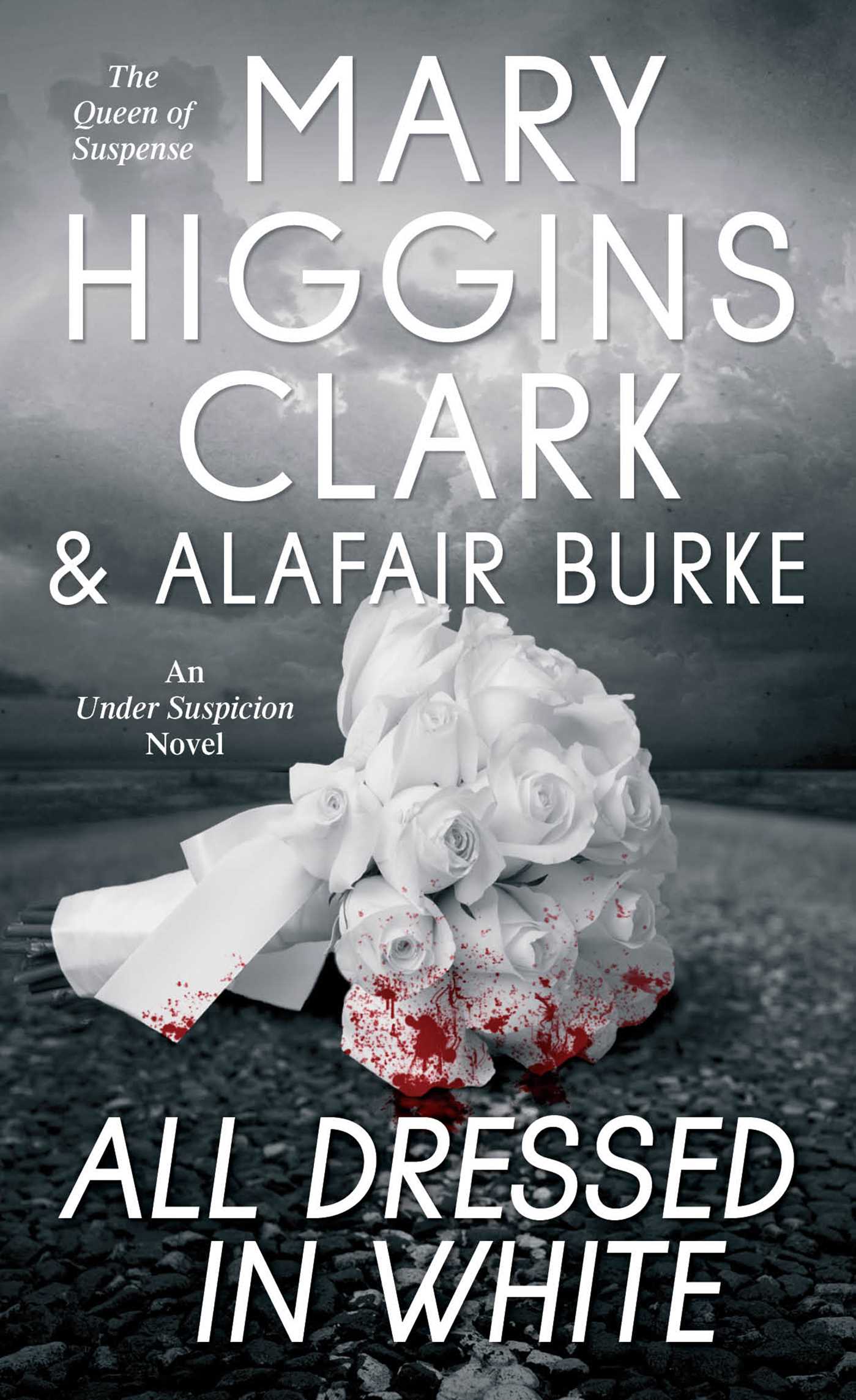 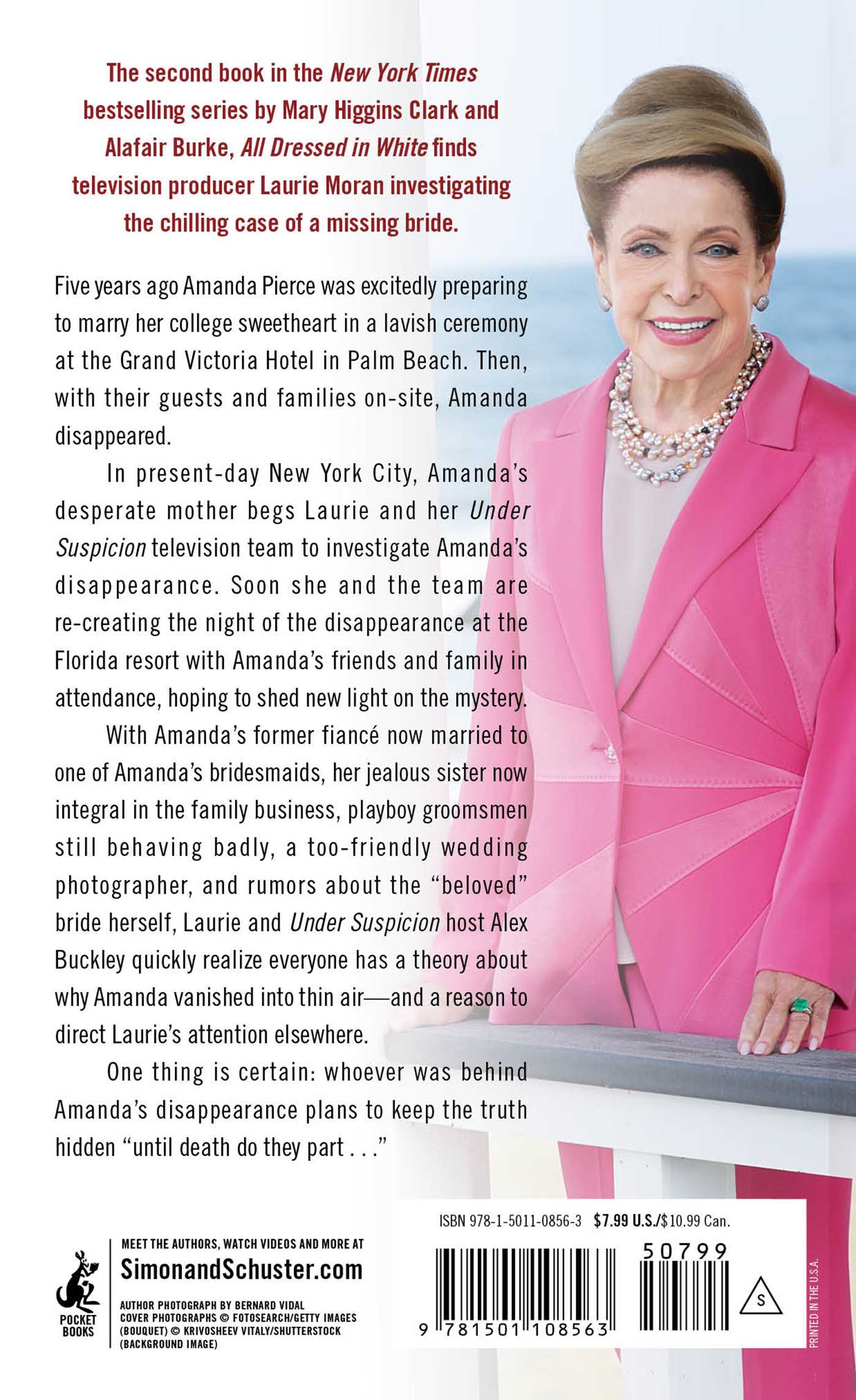 All Dressed in White

An Under Suspicion Novel

The second in the thrilling New York Times bestselling series from Mary Higgins Clark and Alafair Burke, follows television producer Laurie Moran as she investigates the cold case of a bride who went missing days before her wedding.

Five years ago, Amanda Pierce was excitedly preparing to marry her college sweetheart. She and Jeffrey had already battled through sickness and health, although their livelihoods looked set as Amanda was due to inherit her father’s successful garment company.

Then Amanda disappeared the night of her bachelorette party.

In present-day New York, Laurie Moran realizes a missing bride is the perfect cold case for her Under Suspicion television series to investigate. By recreating the night of the disappearance at the wedding’s Florida resort with Amanda’s friends and family, Laurie hopes to solve the case. Laurie and her Under Suspicion host Alex Buckley soon find themselves overwhelmed with theories and rumors about the “beloved” bride from those who were involved with the wedding, including Amanda’s former fiancé, a jealous sister, and plenty of playboy groomsmen.

One thing is certain, whoever was behind Amanda’s vanishing plans to keep the truth hidden “until death do they part.”

All Dressed in White 1


Laurie Moran listened as the teenager in front of her practiced her high school French. She was on line at Bouchon, the newly opened French bakery that was around the corner from her Rockefeller Center office.

The cashier smiled patiently as she waited for the young woman to string together her next request. Clearly she was accustomed to these clumsy attempts by customers to practice their French, even though the bakery was in the heart of New York City.

Laurie wasn’t feeling quite as patient. She was meeting with her boss, Brett Young, later this morning and still hadn’t decided which story to pitch first for her show’s next special. She needed as much time as possible to prepare.

After a final “mare sea,” the girl left, a box of pastries in hand.

Laurie was next. “I’ll be ordering in anglais, s’il vous plaît.”

It had become a tradition that on Friday mornings she would stop at the bakery and bring in special treats for her staff—her assistant, Grace Garcia, and her assistant producer, Jerry Klein. They were grateful for the selection of tarts, croissants, and breads. After she placed the order, the cashier asked if she cared for anything else. The macarons looked delicious. Maybe just a few for Dad and Timmy after dinner, she promised herself, and as a treat for me if today’s meeting with Brett goes well.

As she stepped from the elevator on the sixteenth floor of 15 Rockefeller Center, she realized how the layout of the Fisher Blake Studios offices reflected the success of her work this past year. She used to be in a small windowless office, sharing an assistant with two other producers, but since she had created a true crime–based “news special” focusing on cold cases, Laurie’s career had taken off. Now she had a long row of windows in a spacious office filled with sleek, modern furnishings. Jerry had been promoted to assistant producer and occupied a smaller office next door. And Grace kept more than busy in a large open space just outside. The three of them now worked full-time on their show, Under Suspicion, freeing them from other run-of-the-mill news programming.

Grace had recently turned twenty-seven but looked even younger. Laurie had been tempted more than once to tell Grace she didn’t need to wear all of the makeup she meticulously applied every day, but clearly Grace preferred a personal style quite different from Laurie’s classic tastes. Today, she wore a multicolored silk tunic over impossibly slim leggings, with five-inch platform boots. Her long black hair was pulled into an I Dream of Jeannie topknot, teased into a perfect fountain.

Usually Grace lunged for the bakery bag, but today she did not. “Laurie,” she began slowly.

“Something wrong, Grace?” Laurie knew her assistant well enough to recognize when she was upset.

Just as Grace was about to explain, Jerry stepped out of his office. Standing between Jerry’s long, lanky frame and Grace in her sky-high heels always made Laurie feel short, even though she was a slender five-foot-seven.

Jerry held up both palms. “There’s a lady sitting in your office. She just showed up. I told Grace to schedule an appointment for her at some other time. For the record, I had nothing to do with this.” 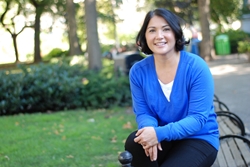 Praise for All Dressed in White

“An explosive mix of family drama, secrets, rivalry, money and deception….A dandy whodunit with numerous plausible suspects, skillful misdirection, an exotic setting and smooth prose, it combines Clark’s skill at plotting romantic suspense with Burke’s edgier take on the genre. For those who enjoy escaping into a fine mystery, it’s the perfect hot read for chilly nights.”

“[A] scintillating sequel…Clark and Burke's collaboration is as smooth as rum and coke, with just enough kick to make the reader thirsty for another."

Praise for The Cinderella Murder

“Fans will find plenty of intrigue and excitement in this contemporary thriller. . . . Clark keeps readers in suspense.”

“The snappy pace, layered characters, and many plot surprises will keep readers guessing in this fascinating mystery by two talented writers.”

“This serendipitous series launch will satisfy Clark’s legion of fans and may well win her some new ones.”

“Seamless writing, sympathetic characters (and a few scoundrels), and brisk plotting. . . . Clark and Burke are entirely formidable on their own, but this new partnership proves that there’s something to be said for double trouble, which is a real treat for readers. . . . The Cinderella Murder is a winner.”

“The combination of Clark’s talent for suspense and Burke’s harder edge proves successful in this hot read about a cold case.”

“A layered mystery that is sure to keep readers guessing until the end. . . . A surefire puzzle.”

All Dressed in White

An Under Suspicion Novel