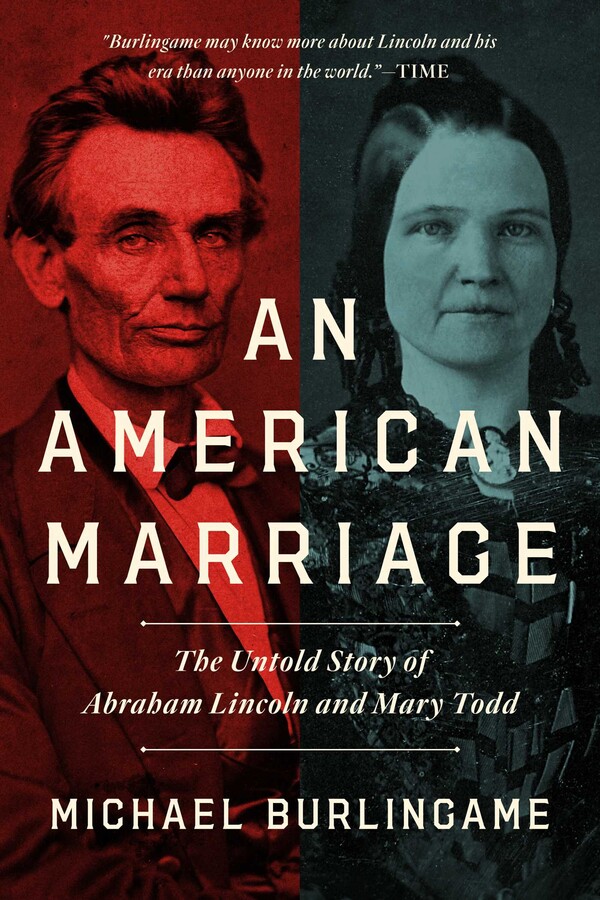 The Untold Story of Abraham Lincoln and Mary Todd

An enlightening narrative exploring an oft-overlooked aspect of the sixteenth president's life, An American Marriage reveals the tragic story of Abraham Lincoln’s marriage to Mary Todd.

Abraham Lincoln was apparently one of those men who regarded “connubial bliss” as an untenable fantasy. During the Civil War, he pardoned a Union soldier who had deserted the army to return home to wed his sweetheart. As the president signed a document sparing the soldier's life, Lincoln said: “I want to punish the young man—probably in less than a year he will wish I had withheld the pardon.”

Based on thirty years of research, An American Marriage describes and analyzes why Lincoln had good reason to regret his marriage to Mary Todd. This revealing narrative shows that, as First Lady, Mary Lincoln accepted bribes and kickbacks, sold permits and pardons, engaged in extortion, and peddled influence. The reader comes to learn that Lincoln wed Mary Todd because, in all likelihood, she seduced him and then insisted that he protect her honor. Perhaps surprisingly, the 5’2” Mrs. Lincoln often physically abused her 6’4” husband, as well as her children and servants; she humiliated her husband in public; she caused him, as president, to fear that she would disgrace him publicly.

Unlike her husband, she was not profoundly opposed to slavery and hardly qualifies as the “ardent abolitionist” that some historians have portrayed. While she provided a useful stimulus to his ambition, she often “crushed his spirit,” as his law partner put it. In the end, Lincoln may not have had as successful a presidency as he did—where he showed a preternatural ability to deal with difficult people—if he had not had so much practice at home.

Michael Burlingame holds the Chancellor Naomi B. Lynn Distinguished Chair in Lincoln Studies at the University of Illinois Springfield. He is the author or editor of several books about Lincoln, including An American Marriage; Lincoln Observed; The Inner World of Abraham Lincoln; and the two-volume critical masterpiece Abraham Lincoln: A Life. Michael lives in Springfield, Illinois.

“In An American Marriage: The Untold Story of Abraham Lincoln and Mary Todd, the eminent Lincoln scholar Michael Burlingame has amassed an avalanche directed at Mary Lincoln. This provocative, compulsively readable book sets out to demonstrate that Abraham Lincoln’s sorrows—often attributed to the challenge of leading the nation through civil war—must be ascribed also to the horror of his domestic life.”

"An American Marriage forcefully argues [its] thesis in a series of lively chapters designed to discredit the possibility that the Lincoln marriage was happy, functional or loving."

“Burlingame is determined to say everything. [He] treats Mary Todd as a person and not only the Little Woman, as too many historians have done. Few readers will put down the book without having learned something new about her, about Lincoln, and about the mystery that is a long marriage.”

"An entertaining biography that will certainly provoke debate."

"If you aspire to ‘Ultimate Lincoln Knowledge’ this is a must-read."

"The result is a picture of Lincoln from all sides, in a style that is relentless but not daunting."

"This book supersedes all other biographies. Future Lincoln books cannot be written without it, and from no other book can a general reader learn so much about Abraham Lincoln. It is the essential title for the bicentennial."

"Burlingame is a towering figure in Lincoln scholarship, and students of the sixteenth president have been waiting for this book for years. For all his learning, Burlingame may know more about Lincoln and his era than anyone in the world, his take on his subject is fresh, and he doesn't gloss over Lincoln's less appealing attributes. Abraham Lincoln: A Life comes as close to being the definitive biography as anything the world has seen in decades."

The Untold Story of Abraham Lincoln and Mary Todd