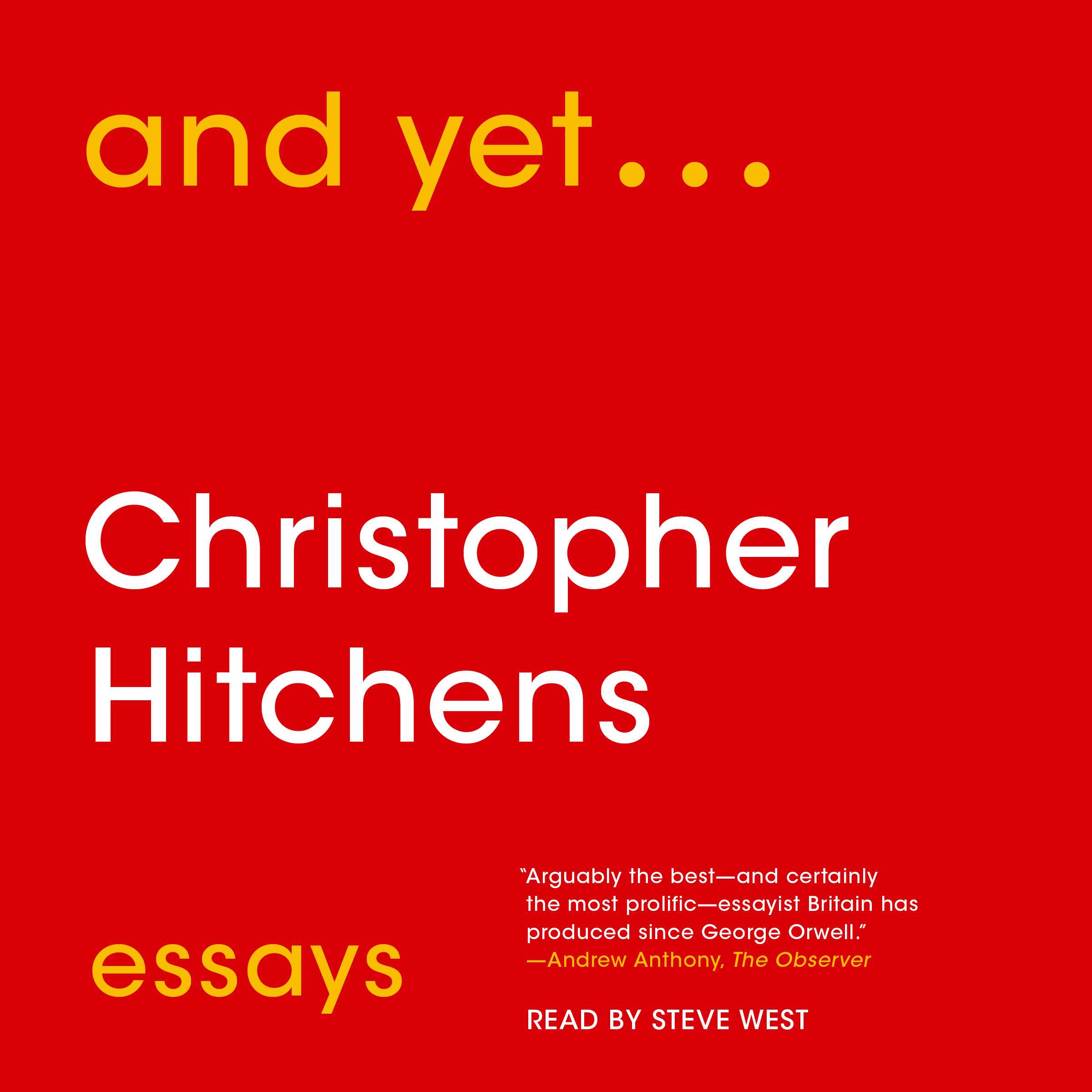 The seminal, uncollected essays—lauded as “dazzling” (The New York Times Book Review)—by the late Christopher Hitchens, author of the #1 New York Times bestseller God Is Not Great, showcase the notorious contrarian’s genius for rhetoric and his sharp rebukes to tyrants and the ill-informed everywhere.

For more than forty years, Christopher Hitchens delivered essays to numerous publications on both sides of the Atlantic that were astonishingly wide-ranging and provocative. His death in December 2011 from esophageal cancer prematurely silenced a voice that was among the most admired of contemporary voices—writers, readers, pundits and critics the world over mourned his loss.

At the time of his death, Hitchens left nearly 250,000 words of essays not yet published in book form. “Another great book of essays from a writer who we wish were still alive to produce more copy” (National Review), And Yet… ranges from the literary to the political and is a banquet of entertaining and instructive delights, including essays on Orwell, Lermontov, Chesterton, Fleming, Naipaul, Rushdie, Orhan Pamuk, and Dickens, among others, as well as his laugh-out-loud self-mocking “makeover.” The range and quality of Hitchens’s essays transcend the particular occasions for which they were originally written, yielding “a bounty of famous scalps, thunder-blasted targets, and a few love letters from the notorious provocateur-in-chief’s erudite and scathing assessments of American culture” (Vanity Fair). Often prescient, always pugnacious, formidably learned, Hitchens was a polemicist for the ages. With this posthumous volume, he remains, “America’s foremost rhetorical pugilist” (The Village Voice).

Christopher Hitchens was born April 13, 1949, in England and graduated from Balliol College at Oxford University. The father of three children, he was the author of more than twenty books and pamphlets, including collections of essays, criticism, and reportage. His book God Is Not Great: How Religion Poisons Everything was a finalist for the 2007 National Book Award and an international bestseller. His bestselling memoir, Hitch-22, was a finalist for the 2010 National Book Critics Circle Award for autobiography. The New York Times named his bestselling omnibus Arguably one of the ten best books of the year. A visiting professor of liberal studies at the New School in New York City, he was also the I.F. Stone professor at the Graduate School of Journalism at the University of California, Berkeley. He was a columnist, literary critic, and contributing editor at Vanity Fair, The Atlantic, Slate, The Times Literary Supplement, The Nation, New Statesman, World Affairs, and Free Inquiry, among other publications. Following his death, Yoko Ono awarded him the Lennon-Ono Grant for Peace.

SEE ALL
See more by Steve West
Thank you for signing up, fellow book lover!