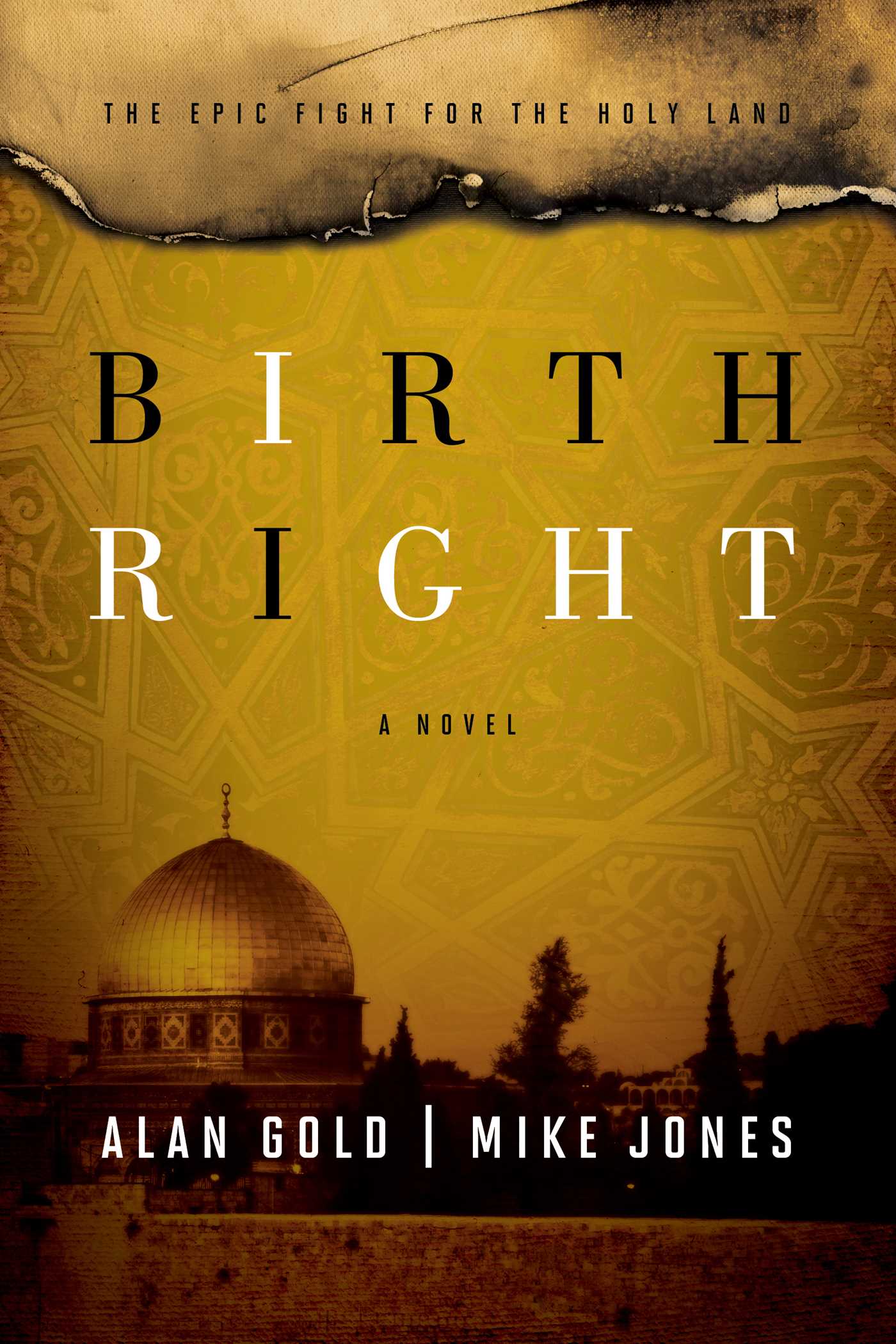 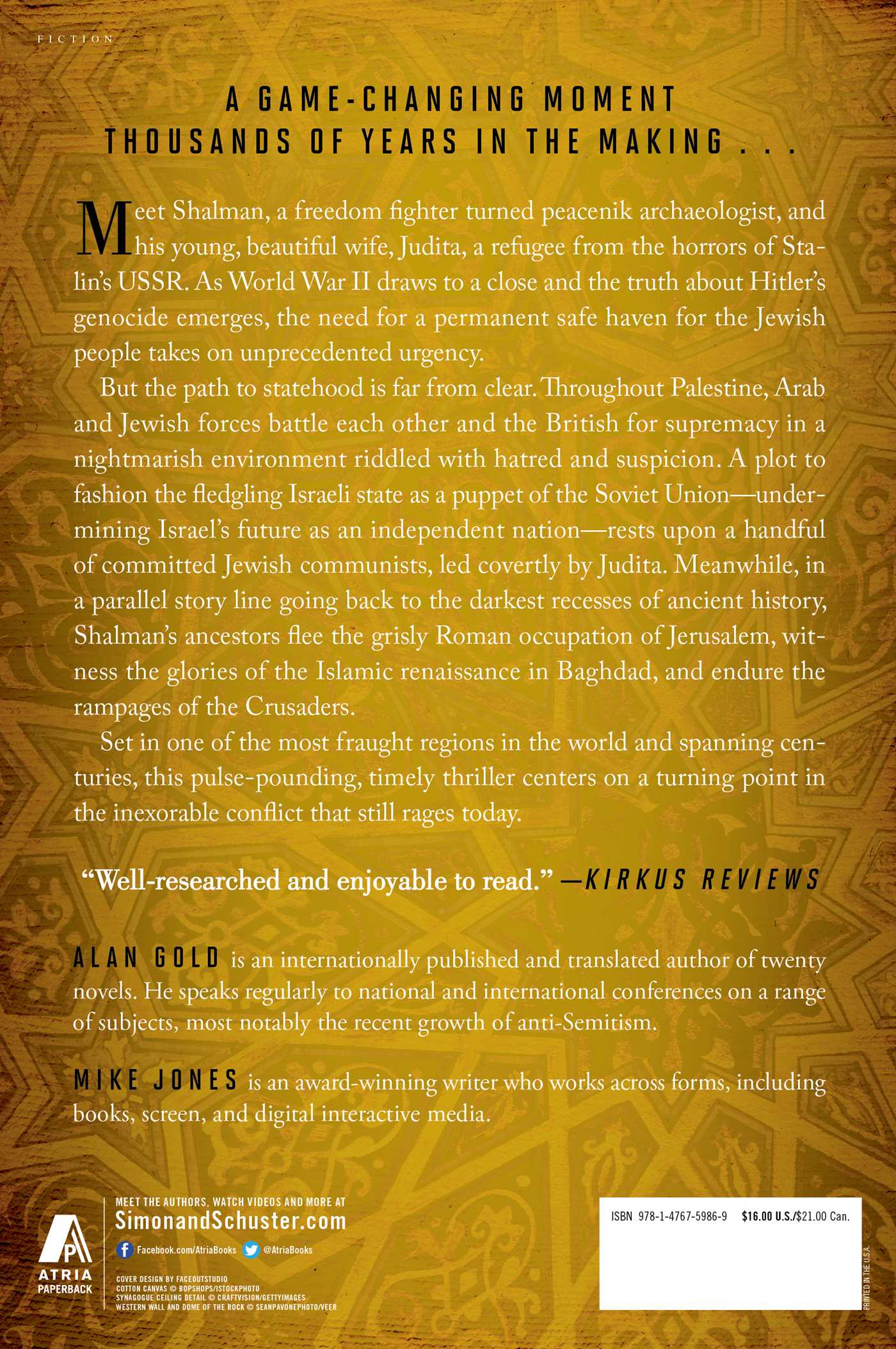 The dramatic fight for modern Jewish statehood forms the backdrop of this second book in the Heritage trilogy, a series of epic political thrillers set in Jerusalem.

Following Bloodline, in which Bilal and Yael raced to thwart a terrorist plot in modern-day Jerusalem, Book Two travels six decades into the past and introduces Yael’s grandparents: Shalman, a freedom fighter turned peacenik archaeologist, and his young, beautiful wife Judit, a refugee from the horrors of Stalin’s USSR. As WWII draws to a close and the truth about Hitler’s genocide emerges, the need for a permanent safe haven for the Jewish people takes on unprecedented urgency.

But the path to statehood is anything but clear. Throughout Palestine, Arab and Jewish forces battle each other and the British for supremacy in a nightmarish environment riddled with hatred and suspicion. A plot to fashion the fledgling Israeli nation as a puppet of the Soviet Union—undermining Israel’s future as an independent nation—rests upon a handful of committed Jewish Communists, led covertly by Judit. Meanwhile, in a parallel storyline going back to the darkest recesses of ancient history, Shalman’s ancestors flee the grisly Roman occupation of Jerusalem, witness the glories of the Islamic renaissance in Baghdad, and endure the rampages of the Crusaders.

Set in one of the most fraught regions in the world and spanning centuries, this pulse-pounding, timely thriller centers on a turning point in the inexorable conflict that still rages today.

FOUR-YEAR-OLD SHALMAN ETZION ran as fast as his little legs could carry him and hurled himself into the void as the ground disappeared beneath him. He plummeted like a diving bird, arms and legs akimbo, screaming as he flew through the air. He felt the air hurtling past as he plunged over the edge of the sand dune, exhilarating in the heat of the sun and the acrid perfume of salt and sea spray. Neither his mother nor his father, seated nearby, turned as Shalman shrieked into the wind.

His body landed with a thud and nearly disappeared into the soft white powder as he slid with the sand, gliding down to the bottom where his parents, dressed only in their swimsuits, were sitting on a blanket eating hummus, t’china, and pita bread.

“Shalman,” said his mother, Devorah, turning when she heard him stand up and laugh, “come eat. You’ll hurt yourself one day. Come, bubbeleh. Have some food.”

The boy brushed the sand off his body. Ari, his father, continued to read his copy of the Palestine News but said softly to his wife, “Devorah, leave the kid alone. He’s having a good time. He’ll eat when he’s ready.”

Shalman was ready. Spending all of Saturday at the beach was the greatest fun in the entire world, and even though his week was filled with learning to read and write and singing songs and playing with his brothers and sisters on the kibbutz, there was nothing he loved more than when he had his abba and imma to himself. Sometimes the family came to the beach for a picnic with other families from the kibbutz, and then the fun would be multiplied as all the kids ran wild across the sand. But there was something special on a Shabbat morning when his abba was given permission by the kibbutz director to borrow the organization’s truck and drive his family to a beach.

And this beach, some thirty miles south of Haifa, was the one he enjoyed the most. There were beaches that his kibbutz faced, beaches where the cultivated land and the orange and grapefruit groves gave way to the sand and then to the sea. But this beach, a half-hour drive away from his kibbutz, had towering dunes that curved so that when large waves thundered down on the sand, they sent up white clouds of spray and salt. It was incredibly exciting.

Shalman, hair tousled and full of sand, walked to the blanket and sat cross-legged as his mother put a plate of the pastes and bread in front of him. He turned up his nose, which his father noticed. He knew there was chicken and coleslaw and didn’t want to waste his time eating this grown-up food.

“Stop it, Shalman. Do you know how lucky you are to have good food? Little boys and girls in Europe are starving. You should eat everything and be grateful.”

“Bubbeleh, it’s easy for people like you and Mummy and me to travel—we just get into the kibbutz’s truck and drive. But it’s not so easy for others. The British have stopped many of our people from coming here, and many have died trying.”

Only a few years had passed since Jews in Palestine were barred access to the temple in Jerusalem amid riots and violent bloodshed between them and their Arab neighbors. This had prompted the British, who administered the land of Palestine under the mandate, to crack down and restrict Jewish migration.

“No!” said Shalman. “Tell me now, Abba. Tell me. I hate the British. I want to kill the British. And the Arabs.”

Devorah was shocked. “Don’t say such horrible things! You mustn’t talk about killing and murder.” She looked at her husband. “Where does he learn these things?”

Ari shrugged. “It’s a kibbutz. Kids talk. They repeat what they’ve heard their parents say. But what am I supposed to tell him? The British and the Arabs are our best friends?”

“He doesn’t have to learn hatred while he’s a child. He can be different from us,” Devorah replied.

“It’s important that he knows his birthright!”

“He’ll learn soon enough. When this is our country, then—” A sudden gust of wind carried her words away.

But Ari’s attention was drawn to something in the distance. His expression hardened and his mood changed, which little Shalman noticed.

Ari had heard the noise of a vehicle. “Quiet!” he ordered. Devorah and Shalman looked at him in concern as he stood and scrambled up the dune. The road from Haifa to Tel Aviv was fairly busy, but there were very few cars or vehicles that turned off on the long side road that led to the beaches. And these beaches were too far from villages or other centers of population to be visited by many people.

Ari popped his head up just above the line of the dune so he could see the kibbutz truck he’d borrowed. It no longer stood alone; parked beside it was a military vehicle carrying four British soldiers.

With a sinking heart, Ari watched them walk toward the beach, two carrying their .303s and one carrying a new Bren gun. The fourth soldier, a sergeant, carried a side revolver.

Ari didn’t know what to do. He could climb up over the dune and greet them, and dressed in a swimsuit, he would appear patently unarmed. To better protect his family, he crawled back down to where Shalman and Devorah waited. “The British. A four-man patrol. Armed. Just sit and eat like everything is normal.”

“Everything is normal, Ari. We’re just having a picnic.” But her words were more for Shalman than her husband.

Shalman turned toward the dune, but Devorah said urgently, “Bubbeleh, just look this way, toward the sea. Keep your eyes on Abba and Imma.”

Ari said loudly in English, and somewhat too theatrically, “Well, I see that you’re both eating the kibbutz food. It’s really good, isn’t it?”

Devorah glared at him. “Stop pretending, idiot. You’re no actor. You sound like a meshuggeneh.”

The four soldiers, weapons ready, appeared at the top of the dune. Ari glanced up and smiled and nodded. “Good morning, gentlemen.”

The soldiers didn’t return the greeting. Instead, the sergeant pointed to the basket and said loudly, “You. Missus. Open the basket very slowly and show us what’s inside. Very bloody slowly.” As she moved to follow his order, one soldier leveled his .303 from the hip, pointing it directly at Devorah, fearful that she might draw a weapon. In Palestine, anything was possible.

Devorah moved to open the basket, lifted it, and showed it to the soldiers. Then she put it back on the blanket and slowly took everything out: first the chicken, then some salad, then two bottles of water. When she’d done so, she turned it upside down to prove that there was nothing else inside.

The sergeant nodded. “What are you doing here? Why so far from town? Where are you from?”

“We’re from Kibbutz Beit Yitzhak, about ten miles south. It’s our day of rest, so I’m here with my wife and son, having a picnic.”

One of the other soldiers, standing next to the sergeant, whispered into his ear. The sergeant nodded. “My corporal’s going to come down and make sure you’re not hiding weapons under your blanket. Don’t make any moves. Understand?”

The younger man descended the dune, slipping on the sandy surface, and walked over to the family. He pointed his .303 at them. “Move off the blanket. Now!”

Shalman involuntarily let out a whimper, the quiet of the beach seizing him with uncertain fear. But the Tommy was unmoved and continued to point his rifle at them. Ari picked up Shalman, and they moved onto the sand. The corporal poked the blanket with the barrel of his gun, but it was obvious that nothing was hidden beneath. He looked up and nodded to his sergeant. The other three men descended the dune, and the sergeant smiled at Ari and his wife.

“Sorry, mate, but you Jews are causing us no bleedin’ end of problems these days. You never bloody know who’s going to stab you in the back at the moment.”

Silently, under her breath, her face turned away from them toward the sea, Devorah whispered to herself, “Nobody trusts anyone anymore . . .” 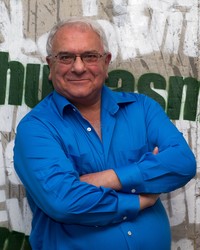 Alan Gold is an internationally published and translated author of fifteen novels. He speaks regularly to national and international conferences on a range of subjects, most notably the recent growth of anti-Semitism. 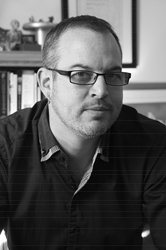 Mike Jones is an award-winning writer and creative producer who works across a variety mediums including books, screen, digital & interactive media.

"Well-researched and enjoyable to read."

"Building on the first book’s historical and contemporary themes, the novel is full of action, but it’s also full of compassion and contemplation. It’s a bit of a risky move, setting Bloodline’s sequel earlier in time and bringing in a new cast of characters, but it pays off. Readers will be eager to see where and when the authors go next."