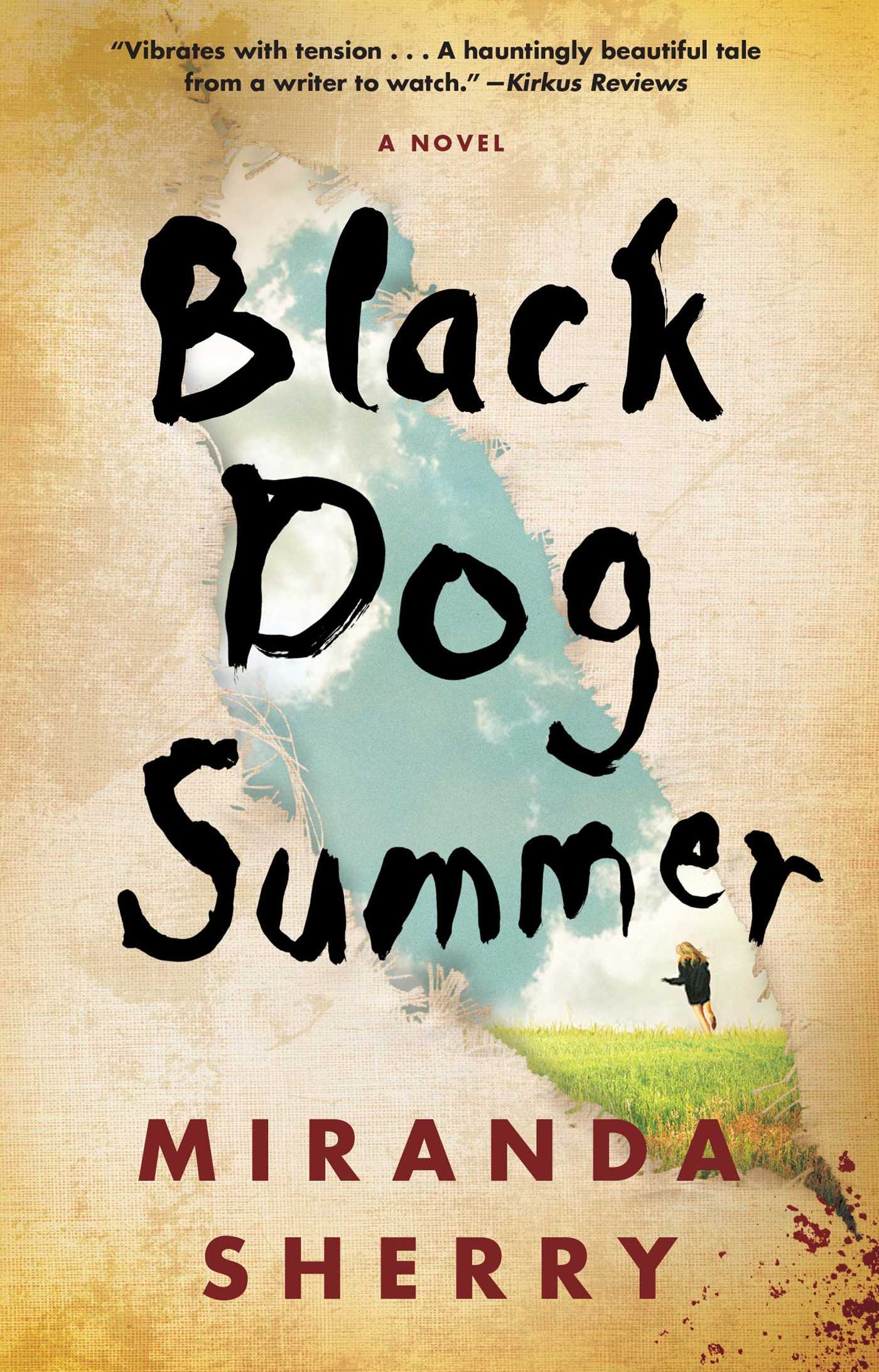 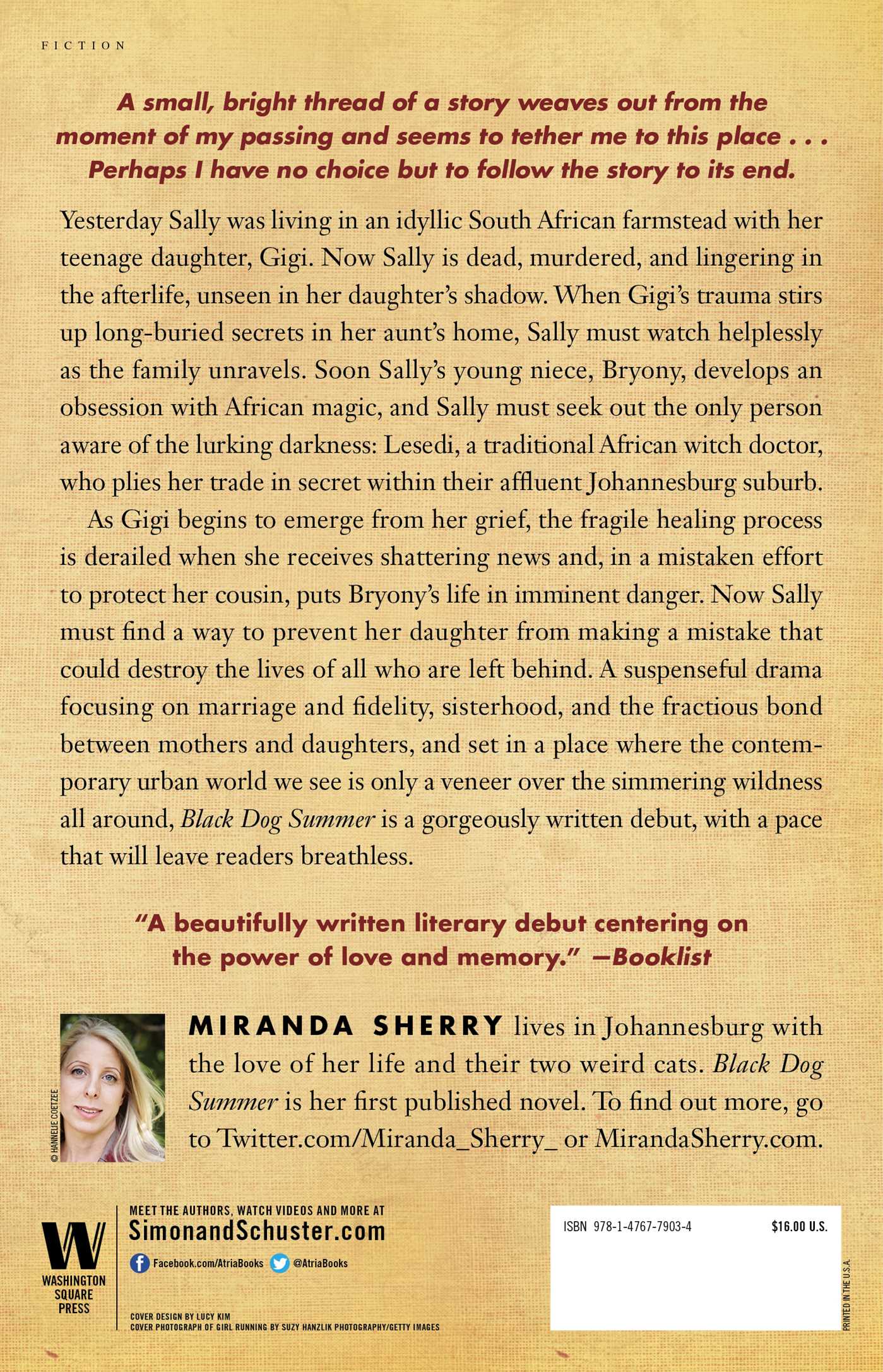 Miranda Sherry instantly became “a writer to watch” (Kirkus Reviews) with her extraordinary debut novel reminiscent of The Lovely Bones and Little Bee, about a murdered woman who observes from the afterlife as her teenage daughter, the sole survivor of a farm massacre, recovers from the trauma amidst a family’s startling dysfunction.

Yesterday, Sally and her teenage daughter Gigi were living a charmed bohemian life in the African bush. Now Sally is dead, and Gigi is alone in the world. But Sally cannot move on. She lingers unseen in her daughter’s shadow. When Gigi moves in with her aunt’s family in Johannesburg, Sally comes too. When Gigi’s trauma stirs up long-buried secrets, Sally watches helplessly from the beyond as the family unravels. When her young niece develops an obsession with African magic, Sally calls upon their neighbor Lesedi, the beautiful, modern-day witch doctor, who can communicate with the dead and plies her trade in secret behind the closed gates and high walls of their affluent suburb.

Gigi’s fragile healing process is derailed when she receives some shattering news, and in an effort to protect her cousin instead puts the girl in imminent danger. Now Sally must find a way to prevent her daughter from making a mistake that could destroy the lives of all who are left behind.

A suspenseful drama focusing on marriage and fidelity, sisterhood, and the fractious bond between mothers and daughters—and set in a contemporary, urban world that belies a simmering wildness—Black Dog Summer is a gorgeously written debut, with a pace that will leave you breathless.

Black Dog Summer CHAPTER ONE
WHEN I was alive, I had hair that was white in summer and the color of dead grass in winter and long, too-skinny fingers that, early on, earned me the nickname Monkey. Now, I no longer have fingers of any kind, or nails to break when helping Johan and Phineas fix the wire fencing around the perimeter of the farm, or any fences to fix, for that matter.

But something seems to have gone wrong with my dying.

I always thought that when the moment came, I’d follow the light or join the stars or whatever it is that’s supposed to happen, but I have been dead for three sunrises, and I am still here.

I try going as high up away from the ground as possible to see if I can pass a point where things will suddenly snap into place and a tunnel will open and there will be a big glossy sign saying, “Afterlife. Exit ahead.” From way up here, southern Africa looks like a creature that’s rolled over to expose the vast curve of a mottled brown belly with a gray tracery of veins. Far off in one direction, I can see the white frill of surf that borders the dark turquoise of the Indian Ocean.

But there’s no sign, no “snap,” no tunnel. Nothing.

I go higher, high enough to see where the layer of blue above me turns into black, but the only thing that changes is the noise. It gets worse.

The noise. It has taken me a while to work out what the whispering, humming, singing, screaming awfulness comes from, but now, on my third day of not being Sally anymore, I think I have it figured out. The noise comes from Africa’s stories being told. Millions upon millions of them, some told in descending liquid notes like the call of the Burchells’ coucal before the rain, and some like the dull roar of Johannesburg traffic. Some of these stories are ancient and wear fossilized coats of red dust, and others are so fresh that they gleam with umbilical wetness, and it would seem that, like me, they’re all bound here, even the stories that are full of violence and blood and fury, and there are many of those.

At first, I couldn’t distinguish one story thread from another within the solid roaring wall of sound, but now one of them seems to have separated itself from the rest. It is a pale, slender thread with an escalating alarmed tone, like the call of a hornbill looking for love. This small story has my living blood still in it: I can sense it pulsing through the body of my sister (who now sits weeping at her dressing table) and fluttering alongside the tranquilizers in the veins of my daughter as she lies between the white and blue sheets of a hospital bed.

It’s just one story amongst millions, and yet it has become so loud now that it drowns out the others. It is howling at me, raging, demanding my attention. I look closer to find that this small, bright thread of story weaves out from the moment of my passing and seems to tether me to this place. Perhaps this is why I have not left yet. Perhaps I have no choice but to follow the story to its end.

It does not stop screaming.

And so I look for an opening, a beginning to grab on to . . . I try Gigi first, but my daughter is lost and floating on a chemical sea and is not, it would seem, present in the story herself right now. In the hope that she’ll be back soon, I stay and watch her chest rise and fall beneath the ugly hospital gown they have given to her to wear.

But Gigi remains absent, and the story howls at me again, even louder. It is unbearable. I have to move on.

I try my sister, Adele, but regret, like a too-thick synthetic blanket on a sweltering day, is wrapped tight around her. It reminds me of the ones that the women waiting for taxis by the side of the road in Musina would use to tie their babies onto their backs. It is olive green with blotches of brown and the occasional sharp starburst of ugly red, and it prevents me from getting close.

I find him sitting in the exquisite molded leather interior of his latest Mercedes. The car sits stationary inside the closed-up garage and its solid white doors are locked. The keys are not in the ignition. They have fallen to the carpet beneath Liam’s feet and rest beside the clutch pedal like silver puzzle pieces waiting to be solved. Liam’s head, with its ever so slightly thinning spot on top, is pressed into the steering wheel and his whole body shudders as if it is trying to climb out of itself. He is weeping. His grief is a sharp, raw shock, and I recoil. Fast.

Just then, Liam and Adele’s daughter, Bryony, steps out of her bedroom and onto the sunny upstairs landing. My niece is barely recognizable. The last time I saw her she was a tubby two-year-old with shiny cheeks. She is eleven now, and her skinny legs poke out from beneath the skirt of her freshly ironed school uniform.

Bryony is so filled up with the urgent desire to be part of a story that I can feel it like heat radiating off her skin. I am startled to find that I can feel right inside her too: I can touch the raw ends of all those tender-vicious young-girl thoughts. For a second I pause, uncertain, but Bryony is my way in, and the story is demanding that I follow. 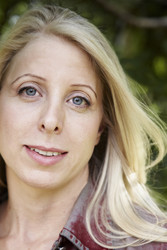 Miranda Sherry grew up in a house filled with books. She was seven when she began writing stories. A few decades, numerous strange jobs, and many manuscripts later, Black Dog Summer is the first of her works to be published. Miranda currently lives in Johannesburg with her sort-of-husband and two cats. To find out more, go to Twitter.com/Miranda_Sherry_ or MirandaSherry.com.

“Sherry builds suspense as she explores the bonds between siblings, spouses, and parents and children. A beautifully written literary debut centering on the power of love and memory.”

“...vibrates with tension.... A hauntingly beautiful tale from a writer to watch.”

“A story about murder but not crime, with black magic but no horror, and narrated by a dead woman who is not a ghost, this debut novel is a delightful mix of paradox and melancholy.”

“An engaging tale of second chances, reconcilliation, and allies in unlikely places.”

"Miranda Sherry has a divine gift in delivering a story so imaginative, and astonishingly powerful, you’ll hardly believe it’s her first; held up with great characters, each with a story to tell – from Lesedi’s journey to becoming a Sangoma, to the detailed dynamic of Adele and Sally as sisters. It’s not very often a novel reaches in, grips your insides, and takes you on a ride so atmospheric and well-written. Black Dog Summer is a rich tapestry of grief, family, hidden secrets, and love."

“Poetic and thought provoking, this accomplished debut is an intensely moving tale.”

“...evocative.... Sherry's sense of pacing and her keen ear for dialogue make for a good read.”

“A successful combination of murder mystery, ghost story and marital drama…. will likely interest anyone with a concern for the fate of a nation now fatefully intermingled after centuries of segregation”