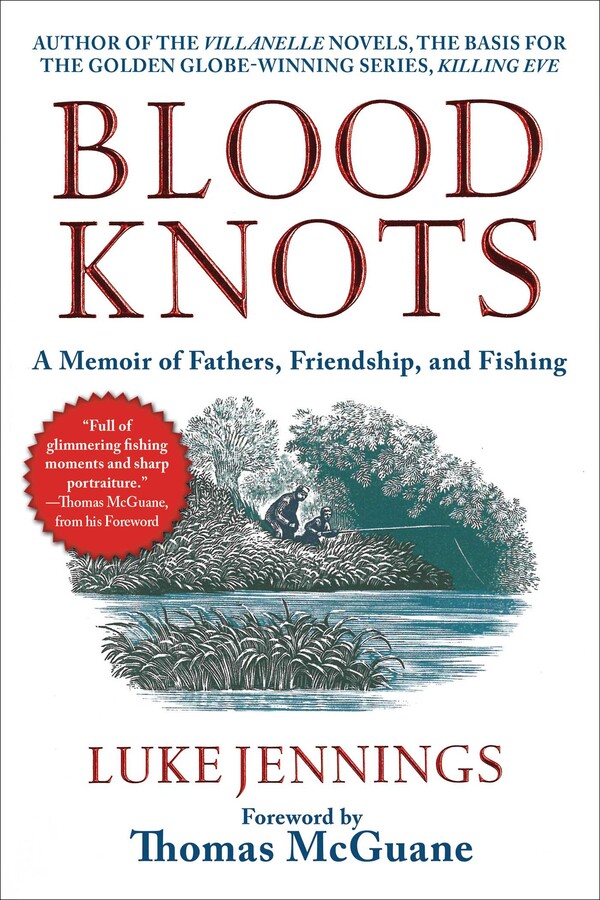 A Memoir of Fathers, Friendship, and Fishing

By the author of Codename Villanelle, the basis of Killing Eve, the sensational hit television series.

Blood Knots is a brilliant and dramatic memoir of an angler’s life. It places Jennings in the front rank of natural history writers. As a child in the 1960s, he was fascinated by the rivers and lakes around his home. Beneath their surfaces waited alien and mysterious worlds. With library books as his guide, he applied himself to the task of learning to fish. His progress was slow, and for years, he caught nothing. But then a series of teachers presented themselves, including an inspirational young intelligence officer, from whom he learned stealth, deception, and the art of dry-fly fishing. So began an enlightening but often dark-shadowed journey of discovery.

It would lead to bright streams and wild country, but would end with his mentor’s capture, torture, and execution by the IRA. Blood Knots is about angling, about great fish caught and lost, but it is also about friendship, honor, and coming of age. As an adult, Jennings has sought out lost and secretive waterways, probing waters at dead of night in search of giant pike. The quest, as always, is for more than the living quarry. For only by searching far beneath the surface, he suggests in this most moving and thought-provoking of memoirs, can you connect with your own deep history. Jennings offers here a striking, elegiac narrative for lovers of unique memoirs and the finest fly-fishing literature.

"Beautiful . . . Reading Blood Knots is like looking out the window and catching sight of a figure casting out over some dappled water, someone caught in the moment, lazily turning over their memories as a fish turns on the fly." —The Guardian

"It is beautifully written, its prose as luminous and sparkling as the chalk streams the author describes so lovingly. Easy to read, hard to forget." —The Independent (UK)

" A fishing book that will appeal to initiates in the piscatorial arts." —Kirkus

A Memoir of Fathers, Friendship, and Fishing