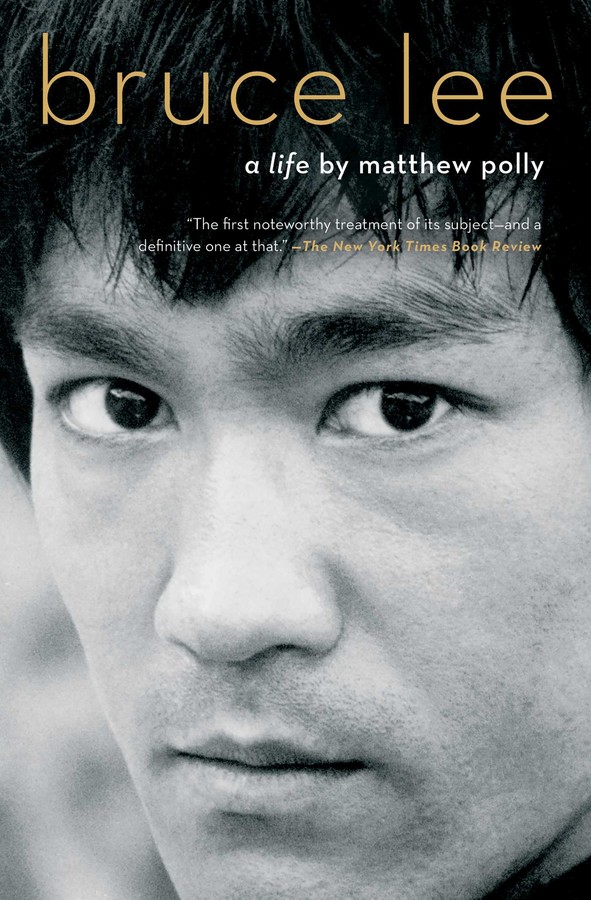 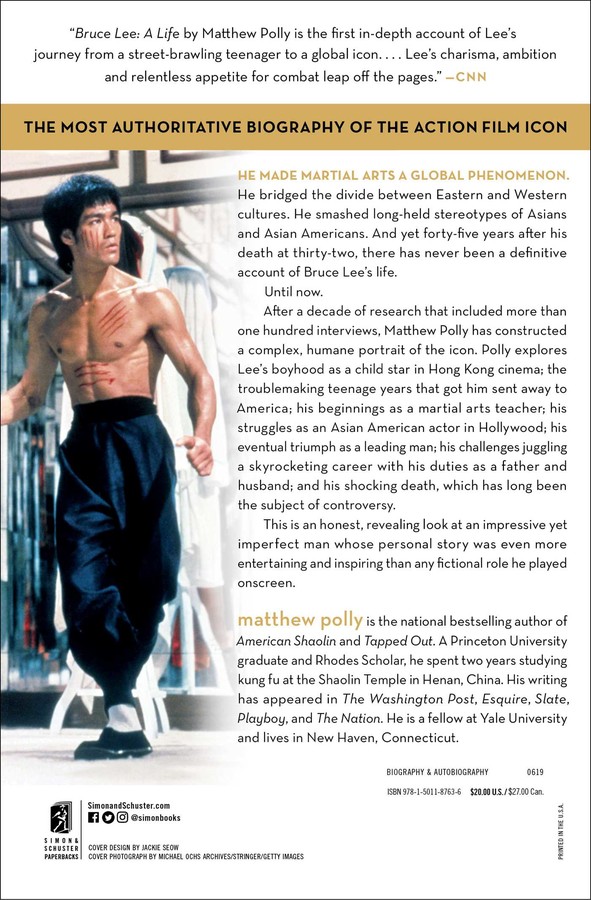 The “definitive” (The New York Times) biography of film legend Bruce Lee, who made martial arts a global phenomenon, bridged the divide between eastern and western cultures, and smashed long-held stereotypes of Asians and Asian-Americans.

Forty-five years after Bruce Lee’s sudden death at age thirty-two, journalist and bestselling author Matthew Polly has written the definitive account of Lee’s life. It’s also one of the only accounts; incredibly, there has never been an authoritative biography of Lee. Following a decade of research that included conducting more than one hundred interviews with Lee’s family, friends, business associates, and even the actress in whose bed Lee died, Polly has constructed a complex, humane portrait of the icon.

Polly explores Lee’s early years as a child star in Hong Kong cinema; his actor father’s struggles with opium addiction and how that turned Bruce into a troublemaking teenager who was kicked out of high school and eventually sent to America to shape up; his beginnings as a martial arts teacher, eventually becoming personal instructor to movie stars like James Coburn and Steve McQueen; his struggles as an Asian-American actor in Hollywood and frustration seeing role after role he auditioned for go to a white actors in eye makeup; his eventual triumph as a leading man; his challenges juggling a sky-rocketing career with his duties as a father and husband; and his shocking end that to this day is still shrouded in mystery.

Polly breaks down the myths surrounding Bruce Lee and argues that, contrary to popular belief, he was an ambitious actor who was obsessed with the martial arts—not a kung-fu guru who just so happened to make a couple of movies. This is an honest, revealing look at an impressive yet imperfect man whose personal story was even more entertaining and inspiring than any fictional role he played onscreen. 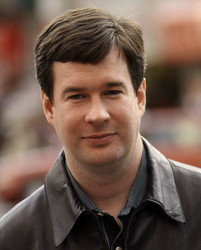 Matthew Polly is the national bestselling author of American Shaolin, Tapped Out, and Bruce Lee. A Princeton University graduate and Rhodes Scholar, he spent two years studying kung fu at the Shaolin Temple in Henan, China. His writing has appeared in The Washington Post, Esquire, Slate, Playboy, and The Nation. He is a fellow at Yale University and lives in New Haven, Connecticut.

"The first noteworthy treatment of its subject—and a definitive one at that...Fascinating narrative threads proliferate." —The New York Times Book Review

"Bruce Lee: A Life by Matthew Polly is the first in-depth account of Lee's journey from a street-brawling teenager to a global icon…Lee's charisma, ambition and relentless appetite for combat leap off the pages.” —CNN

"Spirited celebration of the life of 'the Patron Saint of Kung Fu,' a stalwart of pop culture whose career is due for a revival....Students of martial arts, film history, and the 1970s alike will find much to enjoy in Polly's homage." —Kirkus Review

"This thorough, well-sourced biography from Polly is an engrossing examination of the life of a martial arts movie star and his shocking, early death....In what is certainly the definitive biography of Lee, Polly wonderfully profiles the man who constructed a new, masculine Asian archetype and ushered kung fu into pop culture." —Publisher's Weekly, starred review

"The first authoritative biography of the martial arts teacher and movie star, who died mysteriously at 32 but whose films, like Enter the Dragon, still thrill decades later." —Los Angeles Times Book Review

"It’s difficult to imagine a more comprehensive account of Bruce Lee’s short but influential life than this one....Polly charts the course of Lee’s life in careful, precise detail. His admiration for Lee comes through on nearly every page, but this no hagiography: the author doesn’t skim lightly over Lee’s drug use or infidelity, nor does he shy away from the sordid circumstances surrounding Lee’s death. A fascinating story of a remarkable figure in popular culture, this is the biography Bruce Lee’s legion of fans have been waiting for." —Booklist

"Matthew Polly’s 'Bruce Lee: A Life' is proof that dogged research and sharp insight lie at the foundation of any successful biography. Its 600-plus pages suggest a definitive work to satisfy Lee’s fans and spark curiosity in a new generation." —Associated Press

“This book succeeds in capturing [Lee’s] energy and achievements, a volley of incident that rarely lets up… Stories whirl past with nunchaku-like speed…Polly’s narrative rarely loses its ripped-and-shredded shape…For anyone curious about Lee’s legacy, it’s a roundhouse kick of a biography.” —Sunday Times of London

"Shockingly, the first biography of Bruce Lee (1940–73) in more than two decades....it reads quickly owing to Polly's strength as a writer. Starting with Lee's two funerals, one in China, and one in Seattle, the startling pictures of his immense popularity bring readers into Lee's world immediately....The photographs are tremendous, and the concluding epilogue, Lee family tree, filmography, notes, and bibliography make this a great reference source. Fans of Lee will flock to this title, as will anyone interested in pop culture and martial arts, of which Lee's stature is immense. Highly recommended." —Library Journal (starred review)

"Illuminating, expansive and thoroughly enjoyable....In Polly, Lee cannot have found a better Boswell, a more kindred spirit....Polly’s enthralling biography, which at times reads like a screenplay full of dialogue and mots justes, is a deeply humanizing portrait of a complicated character." —San Francisco Chronicle

"Illuminating, expansive and thoroughly enjoyable biography... In Polly, Lee cannot have found a better Boswell, a more kindred spirit... Polly’s enthralling biography, which at times reads like a screenplay full of dialogue and mots justes, is a deeply humanizing portrait of a complicated character." —San Francisco Gate

"Matthew Polly's biography of the martial-arts expert, whose movies 'Fist of Fury,' 'Way of the Dragon' and 'Enter the Dragon' were international hits, is thorough, balanced and myth-busting." —The Seattle Times

"Polly's meticulously researched and superbly written biography is a delight...and, like its subject, moves with lightning speed and grace. Bruce Lee: A Life is a spectacularly entertaining and candid biography that separates the myth and the man." —Shelf Awareness, starred review

"A must-read for fight fans....far and away the definitive text on the subject....Like an important historical text examining Jesus Christ, Muhammad or Buddha, Bruce Lee: A Life makes it clear how and why Lee’s fistic religion has endured for so long. [Polly] nails it." —Caged Insider

"From the story of his parents, a wealthy Eurasian mother and a father who came from poverty, to his troubled youth and rise to stardom, Polly stitches a fascinating account of the most charismatic martial artist ever...The book reaffirmed what many of his fans already knew...Bruce Lee was a man who did it his way." —AsAmNews.com

"At last, Bruce Lee has the powerful biography he deserves. Matthew Polly’s book is packed with new information and sharp insights. It will thrill Lee’s fans and fascinate the unfamiliar. Bravo!" —Jonathan Eig, author of Ali: A Life and Luckiest Man: The Life and Death of Lou Gehrig

"Believe it or not, Bruce Lee has never been the subject of a truly in-depth biography—until now. With this meticulously researched, beautifully realized work, Matthew Polly has written the definitive account. It moves with the authority, grace and economy of Lee himself. I was hooked from the first chapter." —Jimmy McDonough, author Shakey: Neil Young’s Biography and Soul Survivor: A Biography of Al Green

"You won’t find a better match for a biographer with his subject than Matthew Polly and Bruce Lee. From Lee's early days as the self-proclaimed Cha-cha Champion of Hong Kong to his final, fiery years as the iconic, fist flashing, kung-fu master, Polly tells Bruce Lee’s story with clarity and empathy, tearing away the myths to reveal Lee’s most interesting persona yet: the man himself. A definitive biography, told with passion and punch." — Brian Jay Jones, author George Lucas: A Life and Jim Henson: The Biography.