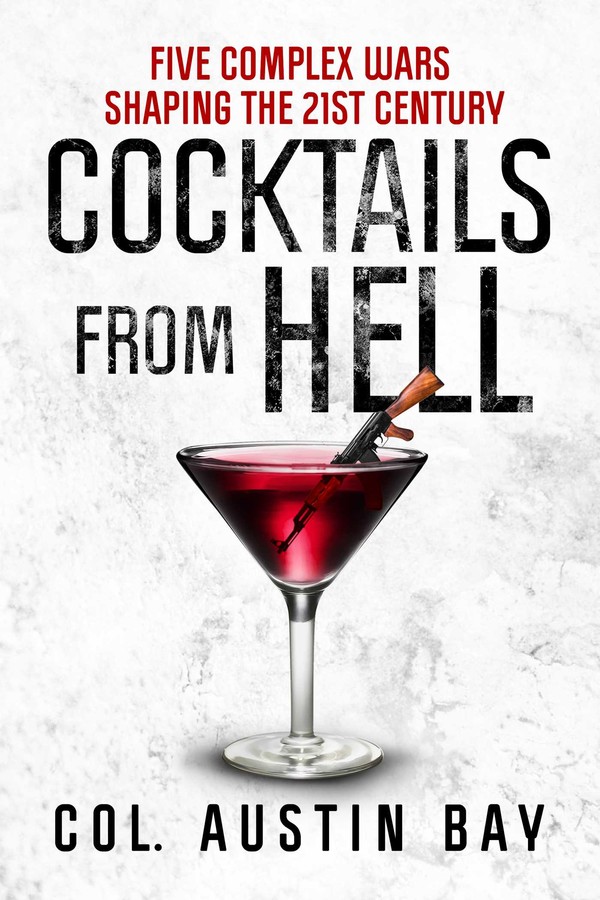 If you want peace, prepare for war.—Roman adage

Even in the absence of a major war, the world remains a dangerous place. Fuses are lit in practically every region and on every continent, which could eventually ignite a global conflagration and draw the world’s superpowers into a deadly and catastrophic conflict. The U.S., Russia, and China all eye these regional conflicts with care—each hoping to use this turmoil to its advantage. Meanwhile, each of these countries attempts to avoid major direct intervention that would trigger their rivals into action.

We are, perhaps, at the most dangerous moment since 1914, when similar smoldering conflicts led to the senseless mass slaughter known as World War I.

In Cocktails from Hell, Col. Austin Bay provides a concise and indispensable guide to the most dangerous threats against peace facing the United States—and the world. An expert in military strategy, analysis, and planning, Bay uses his critical eye and sharp pen to bring each of these bubbling global situations into sharp focus, both in their local and global contexts. Civilian students of war and military experts alike will benefit from his knowledge and insights.

If you truly want to understand the state of today’s society—and the role that the U.S. must play in order to successfully avoid the next Great War—this book is a must-read.

"A realist's gritty case studies of how the once supposedly new world order went to hell—and a much needed warning of why and how the nature of war remains timeless and familiar even as it is proclaimed new and foreign."

"Solider-professor-historian-novelist Austin Bay has written a new book on an age-old subject: war. In brisk, clear prose Cocktails from Hell explores how the looming and simmering conflicts with America's adversaries—North Korea, China, Russia, Iran—and in unruly and unruled states like Congo could explode in the 21st century into the 'wicked dynamic' of outright war. It's a terrific—and terrifically scary—read."

"As usual, Austin Bay serves up insightful and informed analysis. We might prefer not to imbibe these Cocktails from Hell, but readers of this will at least understand what is being served up, and why."

"Austin Bay emphasizes the long term basics. No matter how any of these particular cocktails evolve in the next few years the basic elements will still be troubling the world."