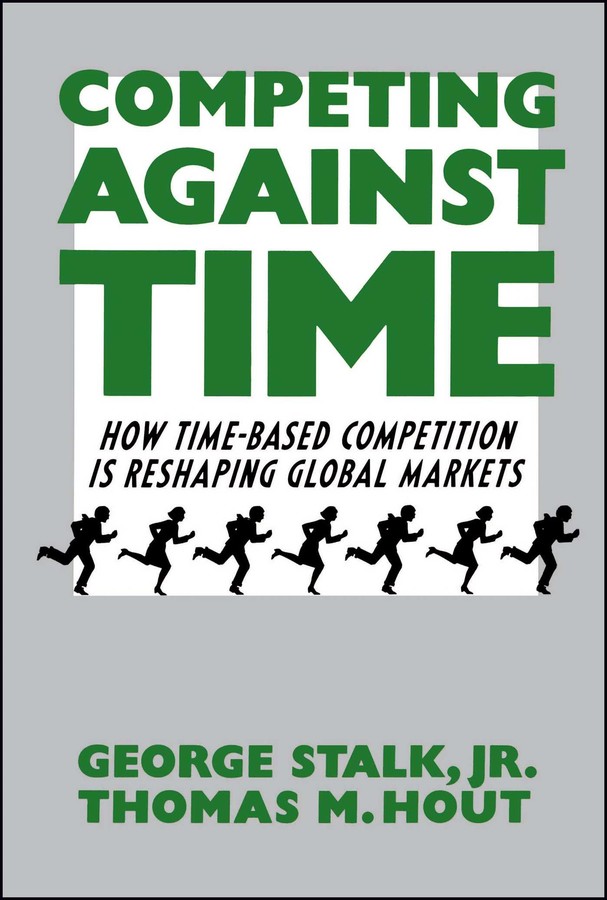 Today, time is the cutting edge. In fact, as a strategic weapon, contend George Stalk, Jr., and Thomas M. Hout, time is the equivalent of money, productivity, quality, even innovation. In this path-breaking book based upon ten years of research, the authors argue that the ways leading companies manage timein production, in new product development, and in sales and distributionrepresent the most powerful new sources of competitive advantage.
With many detailed examples from companies that have put time-based strategies in place, such as Federal Express, Ford, Milliken, Honda, Deere, Toyota, Sun Microsystems, Wal-Mart, Citicorp, Harley-Davidson, and Mitsubishi, the authors describe exactly how reducing elapsed time can make the critical difference between success and failure. Give customers what they want when they want it, or the competition will. Time-based companies are offering greater varieties of products and services, at lower costs, and with quicker delivery times than their more pedestrian competitors. Moreover, the authors show that by refocusing their organizations on responsiveness, companies are discovering that long-held assumptions about the behavior of costs and customers are not true: Costs do not increase when lead times are reduced; they decline. Costs do not increase with greater investment in quality; they decrease. Costs do not go up when product variety is increased and response time is decreased; they go down. And contrary to a commonly held belief that customer demand would be only marginally improved by expanded product choice and better responsiveness, the authors show that the actual results have been an explosion in the demand for the product or service of a time-sensitive competitor, in most cases catapulting it into the most profitable segments of its markets.
With persuasive evidence, Stalk and Hout document that time consumption, like cost, is quantifiable and therefore manageable. Today's new-generation companies recognize time as the fourth dimension of competitiveness and, as a result, operate with flexible manufacturing and rapid-response systems, and place extraordinary emphasis on R&amp;D and innovation. Factories are close to the customers they serve. Organizations are structured to produce fast responses rather than low costs and control. Companies concentrate on reducing if not eliminating delays and using their response advantage to attract the most profitable customers.
Stalk and Hout conclude that virtually all businesses can use time as a competitive weapon. In industry after industry, they illustrate the processes involved in becoming a time-based competitor and the ways managers can open and sustain a significant advantage over the competition.