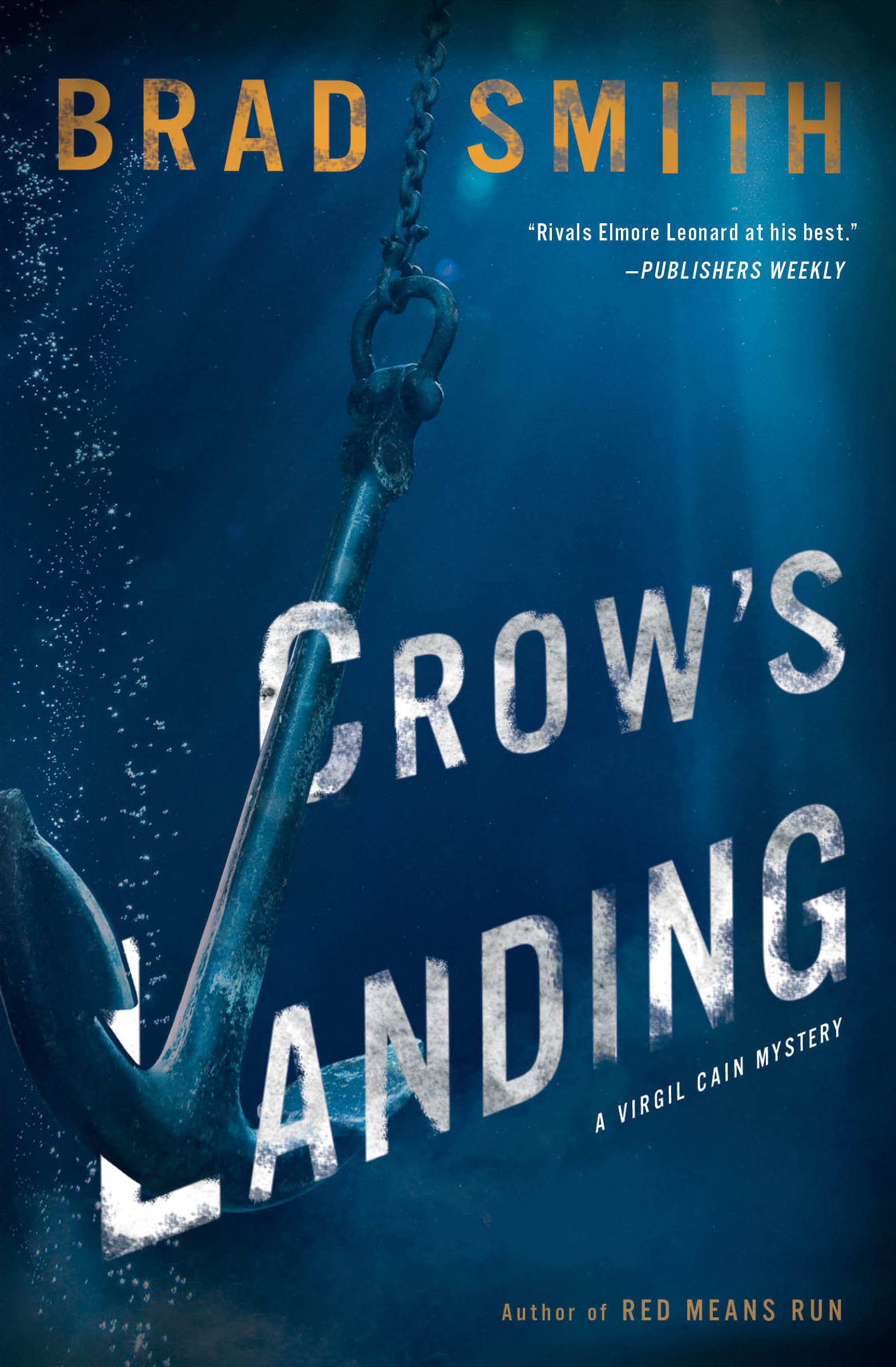 Jack-of-all-trades Virgil Cain gets tangled up in an old crime surfacing from the waters of the Hudson River, in this second novel in a series from Brad Smith.

JACK-OF-ALL-TRADES VIRGIL CAIN GETS TANGLED UP IN AN OLD CRIME SURFACING FROM THE WATERS OF THE HUDSON RIVER IN THIS SECOND NOVEL IN A SERIES FROM BRAD SMITH.

For Virgil Cain, a day of fishing on the Hudson River yields more than he bargained for when, while pulling up anchor, he hooks on to a mysterious steel cylinder. As word of Virgil’s strange catch spreads around the local marina, it draws the attention of a crooked city cop, who seizes both the cylinder and Virgil’s boat. Soon, an old drug deal gone sour surfaces, and to get to the bottom of it—and to get his boat back—Virgil teams up with a captivating single mom, Dusty, who knows far too much about the cylinder and the pure cocaine it contains. The landscape is soon cluttered with the dealer who claims ownership of the cylinder, his murderous sidekick, and a wild card in the form of a crazy Russian cowboy. Virgil and Dusty find themselves trapped in the middle and desperate for a way out.

The boat was moored out near the middle of the river, a few miles north of the town of Athens, at a point where the stream swept around a wide bend, the channel flowing southeastward for a half mile or so before swinging back to the south. They had anchored just before dark, having made a hundred and twenty miles that day.

Parson had been watching the sonar for the last hour and when they came to a drop-off that read sixty-one feet, he cut the engines and lowered the anchors, fore and aft. The sun was fading fast, slipping down into the pine forest to the west, and the light that remained filtered through the tree line, casting the surface of the water in orange and red hues. The banks on both sides of the river were largely deserted along that stretch. There were a couple of ramshackle cabins visible on the east shore, and a farmhouse on a hill set farther back. A herd of Holsteins grazed on the slope beside the house, the white on their hides also colored an odd hue of orange by the descending sun.

A man in an aluminum boat was trolling along the western bank, moving south with the current. The man wore a fedora and was smoking a pipe. He had one hand on the tiller and when Parson waved to him, he lifted the pipe briefly above his head in reply. He continued downriver, the outboard putt-putting quietly across the heavy night air, and soon disappeared around the bend.

Parson fired the barbecue and cooked steaks that they’d bought earlier that day while fueling up at a marina in Peekskill. The woman had been reading in the cabin all afternoon, some novel she’d picked up in Charleston when they’d stopped there for a day on their way north. The book was about a slave woman who’d escaped from her owner in the middle of the Civil War and made her way north to Boston. Parson knew what the book was about because she kept telling him about it, insisting that he should read it when she was finished. She told him that she thought it would resonate with him, even more than it had with her. She’d actually used the word resonate. Parson didn’t much care about his history, how his ancestors had gotten from wherever they had been to where he was now. It didn’t matter to him, and even if it did it wouldn’t make any difference, not to somebody living in the present. In all probability his ancestors had been slaves, but what did that have to do with him? Besides, Parson didn’t read much, and when he did, he didn’t read fiction. What did he care about some story some writer made up?

She came up from the cabin while the steaks were sizzling, smoking a joint and carrying a bottle of Chardonnay she’d just opened. She handed the joint to Parson and poured wine for both of them before sitting down on the padded bench on the rear deck of the Chris-Craft. She wore a bikini top and a bloodred sarong, her blond hair tucked beneath a cotton baseball cap. She was deeply tanned, both from the trip and the two weeks earlier in the Bahamas.

She’d made a salad earlier and they ate that and the steaks, sitting at the pull-out table on the deck, finishing in near darkness. It was very quiet on the river; from time to time they would hear a gull, and once a pair of mallards flew directly overheard, quacking in that anxious manner that ducks seemed to possess. They finished the wine with the meal and afterward she took the dishes down to the galley to wash them.

They had been on the water since seven that morning and at ten o’clock she announced she was going to bed. Parson followed shortly after, first checking the bilge pump and the marker lights. He would have preferred to leave the lights off, but then they would run the risk of a tugboat or trawler ramming them in the dark. The sky was clouding over as he went below, huge puffy clouds pushing in from the west, floating in front of the rising moon like ships at sea.

When he woke, it was five minutes to two. The wind was up and the boat was riding the waves, the bow making soft slapping noises on the water. Parson wondered if that was what had awakened him. He lay there quietly for a time. Beside him, the woman was sound asleep, naked beneath the cotton sheets. Faint light showed through the window beside her. Parson could see the panther inked on her shoulder, and it looked as if the cat too was asleep, its head resting on her upper arm, its body tucked into the covers below.

After a while he rose, pulled on his pants, and went up top. The moon was still visible, but smudged now beneath gray cloud cover. Looking at the outline of the riverbank to the east, it seemed to Parson that they had drifted with the current. He checked the sonar; it still read sixty-one feet so it must have been his imagination. The anchor ropes were tight and secure.

He walked to the side of the boat to take a leak before going back below and that’s when he heard the sound. It was very faint, a soft splash on the surface like someone skipping a stone, and he thought at first it might have been a fish jumping. Then the clouds shifted and the moon shone through for a few moments. There was a boat maybe two hundred yards away, coming silently toward him, as if adrift.

But it wasn’t adrift. There were men in the boat, and the noise he’d heard was an oar hitting the water.

Parson made for the bench at the rear of the Chris-Craft, pulled the cushions from it, and opened the lid. Inside there was a false bottom of stained plywood. He pulled it out and tossed it aside. The stainless steel cylinder was underneath, wrapped in blankets to keep it from rolling around. Parson grabbed one of the handles and, heaving the heavy cylinder out of the hiding place, dragged it to the transom and threw it overboard.

He turned back and once again caught a glimpse of the approaching boat before the cloud cover returned, this time obscuring the moon completely. Parson walked quickly to the bow and dove into the cold water. He stayed beneath the surface as long as his breath would allow, came up for air, and went under again. When he was certain he couldn’t be seen from the boat, he settled into a breast stroke and swam for shore.

He could hear voices behind him, floating across the water. Excited voices, shouting, cursing. Looking back, he saw lights on the Chris-Craft, and on the smaller boat now tied to the big vessel.

The last thing he heard was the woman calling his name. 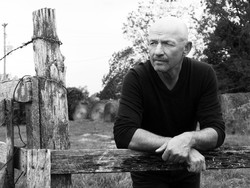 Brad Smith was born and raised in southern Ontario. He has worked as a farmer, signalman, insulator, truck driver, bartender, schoolteacher, maintenance mechanic, roofer, and carpenter. He lives in an eighty-year-old farmhouse near the north shore of Lake Erie. Red Means Run, the first novel in his Virgil Cain series, was named among the Year’s Best Crime Novels by Booklist.

“A narrative that mixes comedy and caper in just the right proportions...”—Booklist