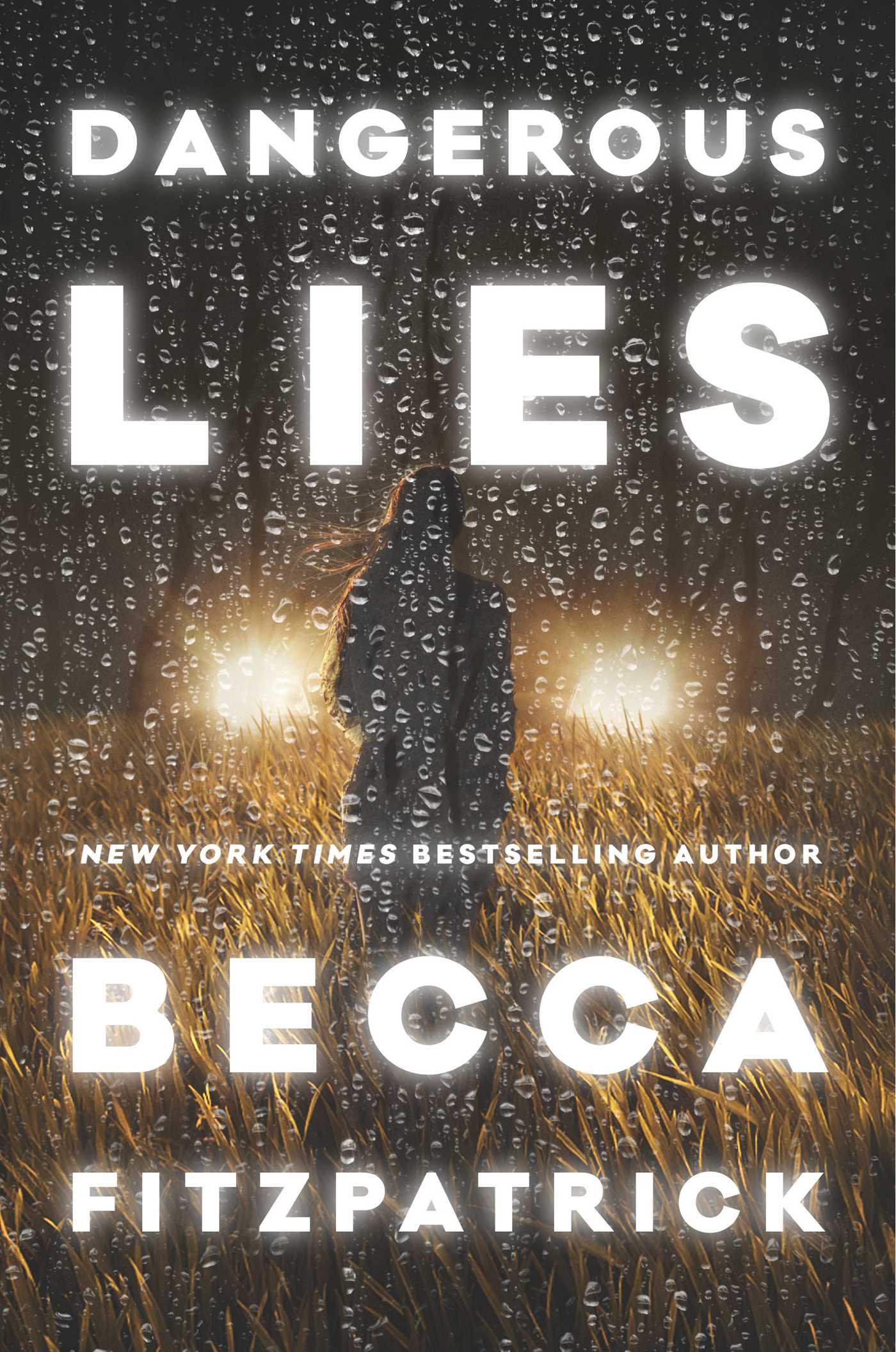 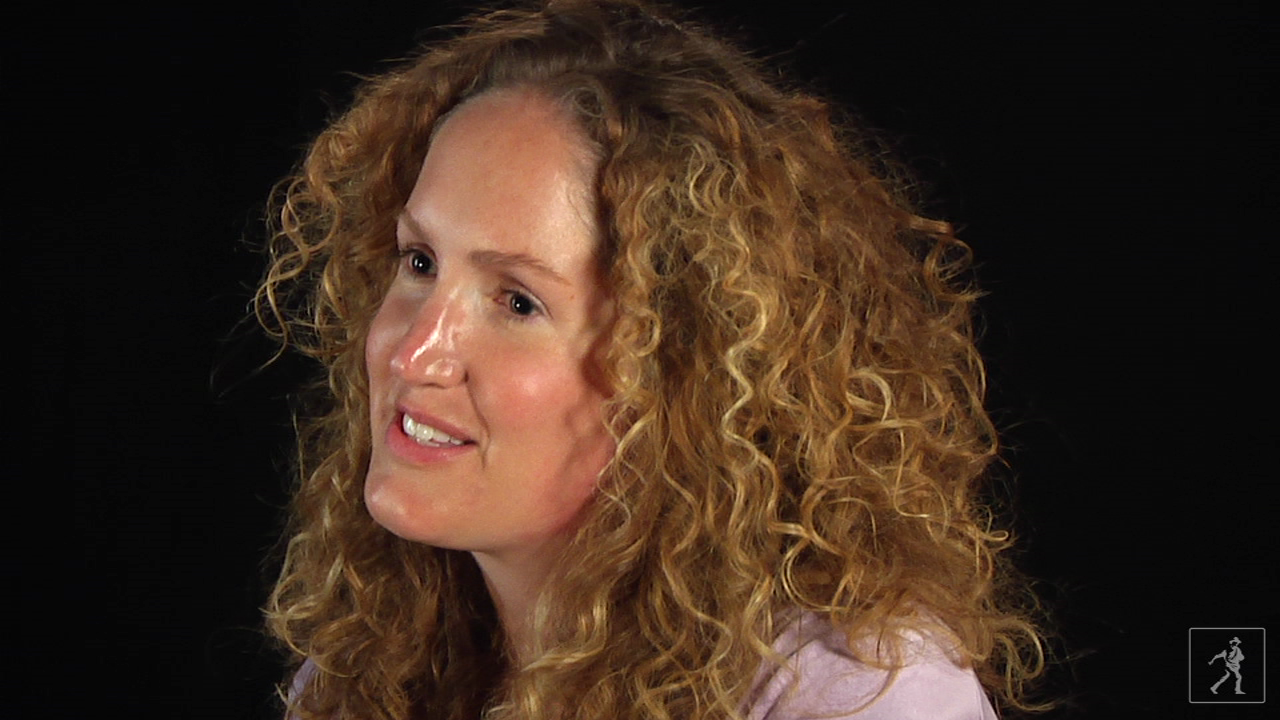 A teen is forced to make a fresh start after witnessing a violent crime—but love and danger find her anyway in this novel from Becca Fitzpatrick, the New York Times bestselling author of the Hush, Hush saga.

Stella Gordon’s life is a lie.

She does not belong in Thunder Basin, Nebraska. As the star witness in a murder trial against a drug dealer, Stella is now in the Witness Protection Program. The small town locals can never know who she really is. Not even Chet Falconer, the one boy who makes her want to reveal her true self. She knows that telling the truth will only bring violence to this safe haven.

Despite how hard Stella tries to stay under the radar, danger is fast-approaching. Criminals have a way of getting rid of witnesses, and Stella may have made the one mistake that could lead the cold-blooded men hunting for her right to her doorstep.


AN ANGRY RAP SHOOK THE motel room door. I lay perfectly still on the mattress, my skin hot and clammy. Beside me, Reed drew my body to his.

So much for ten minutes, I thought.

I tried not to cry as I nestled my face into the warm curve of Reed’s neck. My mind absorbed every detail, carefully retaining this moment so I could play it back for a long, long time after they took me away.

I had a wild impulse to flee with him. An alley flanked the motel, visible from the room they kept me in. Details like where we would hide and how we’d keep from ending up at the bottom of the Delaware River with cement blocks strapped to our feet kept me from acting on that impulse.

The knock grew louder. Bending his head close to mine, Reed breathed deeply. He was trying to remember me, too.

“The room is probably bugged.” He spoke so softly, I almost mistook the sound for a sigh. “Have they told you where they’re taking you?”

I shook my head from side to side, and his face, which was crisscrossed with cuts and swollen at the cheekbones, fell. “Yeah, me neither.”

Because his body was also bruised, he rolled gingerly onto his knees, searching along the headboard. He opened the nightstand drawer and fanned the pages of the Gideon Bible. He looked under the mattress.

Nothing. But of course they’d bugged the room. They didn’t trust us not to talk about that night, even though my testimony was the last thing on my mind. After everything I’d agreed to do for them, they couldn’t give me ten minutes, ten private minutes, with my boyfriend before they dragged us apart.

“Are you mad at me?” I couldn’t help whispering. He was in this mess because of me—because of my mom. It was trouble with her that had effectively ruined his life and future. How could he not resent me even a little? His hesitation made me feel a deep, limitless anger toward my mom.

Then he said, “Don’t.” Softly, but firmly. “Don’t say that. Nothing’s changed. We’re going to be together. Not now, but soon.”

My relief came quick and sure. I shouldn’t have doubted him. Reed was the one. He loved me, and had proven once again that I could count on him.

A key scraped the lock.

“Don’t forget the Phillies account,” Reed whispered urgently in my ear. I met his eyes. In the seconds that followed, we shared an unspoken conversation. With one slight nod, I told him I understood.

Then I threw my arms around him so tightly I heard the breath go out of him. I released him just as Deputy Marshal Price thrust open the door. Two black Buick sedans idled in the parking lot behind him.

He glanced between us. “Time to go.”

A second deputy, one I didn’t recognize, led Reed out. With one backward glance, Reed held me in his gaze. He tried to smile, but only one side of his mouth turned up. He was nervous. My heart began to pound. This was it. Last chance to run.

“Reed!” I called out. But he was already inside the car. I couldn’t see his face behind the tinted glass. The car turned out of the lot and accelerated. Ten seconds later I’d lost sight of it. That’s when my heart really started to pound. This was actually happening.

I squeezed my suitcase handle hard between my fingers. I wasn’t ready. I couldn’t leave the only place I knew. My friends, my house, my school—and Reed.

“First step’s always the hardest,” Deputy Marshal Price said, coaxing me outside by the elbow. “Look at it this way. You get to start life fresh, reinvent yourself. Don’t think about the trial now. You won’t have to see Danny Balando for months, maybe years. His attorneys will tie this case up in knots. I’ve seen the defense delay trial with excuses ranging from a lost E-ZPass to traffic on the Schuylkill Expressway.”

“Delays lead to acquittals. General rule. But not this time. With your testimony, Danny Balando is going to prison.” He squeezed my shoulder with conviction. “The jury will believe you. He’s facing life without parole, and it’s going to stick.”

“He’ll stay in jail through the trial?” I asked uneasily.

“Held without bail. He can’t get to you.”

Holed up in a safe house for the past seventy-two hours while I waited for my mother’s drug dealer to be arraigned on a first-degree murder charge and multiple counts of drug possession and trafficking, I’d felt like a prisoner.

The last three days, a pair of U.S. marshals had guarded me at all times. Two in the morning, another set during the day, and two more for the night shift. I was not allowed to either make or receive phone calls. All electronics had been confiscated. I was provided a wardrobe of ill-matching pieces a deputy had grabbed from my closet at home. And now, as a key witness in a federal criminal case that was going to trial, since Danny Balando had pleaded not guilty to the charges, I was about to be transferred to my final penitentiary. Whereabouts unknown.

“Where are you taking me?” I asked.

Price cleared his throat. “Thunder Basin, Nebraska.” There was the faintest note of apology in his tone, which told me all I needed to know. It was a crap deal. I was helping them put away a dangerous criminal, and in return, they were banishing me from civilization.

“You know I can’t tell you where he’s going.”

“This is how we keep witnesses safe. I know it isn’t easy on you, but we’re doing our job. Got you the ten minutes you asked for. Had to jump through a lot of hoops. Last thing the judge wants is for one of you to influence the other’s testimony.”

I was being forced to leave my boyfriend, and he wanted a thank-you?

“What about my mom?” Straightforward, no emotion.

Price rolled my suitcase to the rear of the Buick, carefully avoiding my eyes. “Headed to rehab. I can’t tell you where, but if she works hard, she’ll be ready to join you at the end of summer.”

“We both know I don’t want that, so let’s not play this game.”

It wasn’t dawn yet, and I was already hot and sticky in my shorts and tank. I wondered how Price could be comfortable in jeans and a long-sleeved shirt. I didn’t look at the gun in the holster over his shoulder, but I felt its presence. It was a reminder that the danger wasn’t over. I wasn’t sure it ever would be.

Danny Balando wouldn’t stop searching for me. He was in jail, but the rest of his drug cartel was roaming free. Any one of them could be paid to do his bidding. His only hope was to hunt me down and kill me before I could testify.

Price and I slipped into the Buick, and he handed me a passport with a name that wasn’t mine.

“You can’t come back, Stella. Not ever.”

I touched my fingertips to the window. As we drove out of Philadelphia in the predawn hours, we passed a bakery. A boy in an apron ran a broom across the doorstep. I thought he might glance up, and pause to watch me until I was out of sight, but he kept at his work. No one knew I was leaving.

That was the point.

The streets were empty and shiny black with fresh rain. I listened to the water rush under the tires and tried to not lose it completely. This was home. This was the only place I knew. Leaving it felt like giving up something as vital as air. Suddenly I asked myself if I could do this.

“My name’s not Stella,” I finally said.

“Normally, we let witnesses keep their first name, but yours is unusual,” Price explained. “We’re taking an extra precaution. Your old and new names sound similar, which should help you adjust.”

The Buick sped up, merging onto the interstate. Soon, I saw signs for the airport, and at that moment, a fierce ache gripped my chest. My flight left in four hours. I was having a hard time breathing; the air refused to go in—it pushed down on me like something solid. I wiped my palms on my thighs.

This didn’t feel like a new beginning. I craned my neck to keep the lights of Philly in view. As the car left them in the distance, I felt like my life was coming to an end. 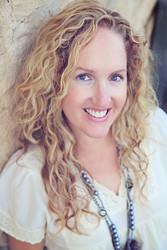 Becca Fitzpatrick is the author of Black Ice, Dangerous Lies, and the Hush, Hush saga, including Hush, Hush; Crescendo; Silence; and Finale—all four of which debuted as New York Times bestsellers. She graduated college with a degree in health, which she promptly abandoned for storytelling. When not writing, she’s most likely running, prowling sales racks for shoes, or watching crime dramas on TV. She lives in Colorado with her family. Find out more at BeccaFitzpatrick.com.

"[T]he reader can’t help but root for Stella. . . .This is a wonderful novel, full of adventure, love, and forgiveness."