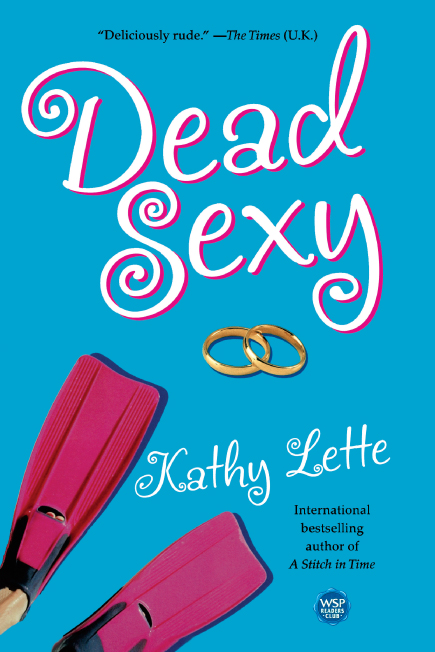 Why do men like intelligent women?
Because opposites attract.

That's what shy London music teacher Shelly Green thinks when she meets hunky, boisterous American, Kit Kincaide...on their wedding day. Thrown together on the reality show Desperate and Dateless, they were predicted to be the perfect match--physically, emotionally, and intellectually. Proving their compatibility on at least one score (in the backseat of a limo), there appears to be some hope for this manufactured marriage...until their honeymoon on the tropical island of Reunion, where Shelly realizes that men and women have slightly different takes on the meaning of commitment. For Shelly it means love, kids, and happily ever afters. But for Kit it's a meaningful one-night stand. Or is it? What exactly is her husband trying to hide?
Will Shelly discover the truth about Kit? Will she find romance in spite of a civil war, a natural disaster, and a crew of dubious television lowlifes? Do she and Kit have a chance for a real marriage in the hyped-up, surreal world of reality TV?

Love may be blind.
But marriage is a real eye-opener.

Reading Group Questions and Topics for Discussion
1. "I'm allergic to marriage," Shelly explains to Kit Kincade, her computer-picked husband-to-be in the Dateless and Desperate TV show contest. Yet by the time the limo ride is over, she has decided to wed this complete stranger. What do you think made her take such a rash step? What does she mean when she says her life had hit a minor key? Have you ever felt that way, and if so, what did you do about it?
2. Discuss the novel as a spoof on today's reality TV shows. Why do you think people are willing to go on these programs? What does the popularity of these shows say about our society?
3. Reviewers of Dead Sexy have hailed Kathy Lette's "bitingly sarcastic" prose, "wickedly hilarious" pen, and "outrageous, irreverent, and screamingly funny" wit. But some have found her too coarse, raunchy, and over the top. How did you react to her style of humor? What were some of your favorite one-liners?
4. What did you think of the "Differences Between the Sexes" page that precedes each chapter? In what way did they add to or detract from your pleasure in reading the novel? How much truth do you think there is in the gender distinctions made in these pages, or in the clever repartee between Shelly and Kit? Do you think of the novel as a lighthearted frolic, or as a book with a serious message beneath its comic surface? Do you enjoy reading books that are just froth and fun, or do you require deeper layers of meaning? Why?
5. In Dead Sexy things and people often are not what they seem to be. Talk about the gap between appearances and reality as a thread that runs through the novel.
6. From the moment they arrive at the tropical island of Réunion a role reversal in their approach to sex takes place between Shelly and Kit. Suddenly she is the lecherous pursuer and he reluctant prey. How does the role reversal contribute to the humor of the novel? Do you think there really are distinct "male" and "female" sexual natures, or do you think they are they culturally conditioned? Why?
7. Why do you think Shelly, who thinks of herself as a feminist, is so quick to label Coco a "manizing" floozy? And why, in contrast, does she bond with Gaby? How is her attitude toward them influenced by her lust for Kit?
8. How are Shelly's attitudes toward men and sex influenced by the unrelenting negative pronouncements of her mother? Why do you think her mother's death caused Shelly to put her own life on hold?
9. How did you react when the plot began twisting and turning, encompassing civil war, hostage-taking terrorists, a cyclone, a plane crash, and a volcanic eruption? Does it matter that the nonstop action is clearly meant to entertain and not to be taken seriously?
10. At the end of Dead Sexy, Shelly and Kit have reached a truce in the war between the sexes. What do you think the chances are for these two very different individuals to create a happy and lasting union? Or is Kathy Lette's fun romp proof, as one reviewer put it, that "opposites attract (even when the participants are both intelligent)"? 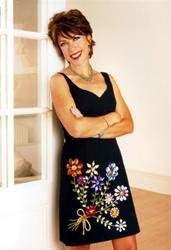 Kathy Lette first achieved literary success as a teenager with Puberty Blues. After years as a newspaper columnist and television sitcom writer, she went on to write the novels Girls' Night Out, The Llama Parlour, Foetal Attraction, Mad Cows, Alter Ego, and Nip 'n' Tuck --all international bestsellers. She lives in London.

"A hot writer with a wickedly hilarious pen."
-- Jackie Collins

"Lette's bitingly sarcastic prose breaks through taboos with a wit so daring that you'll gasp at her bravado before you laugh out loud."
-- Elle (U.K.)