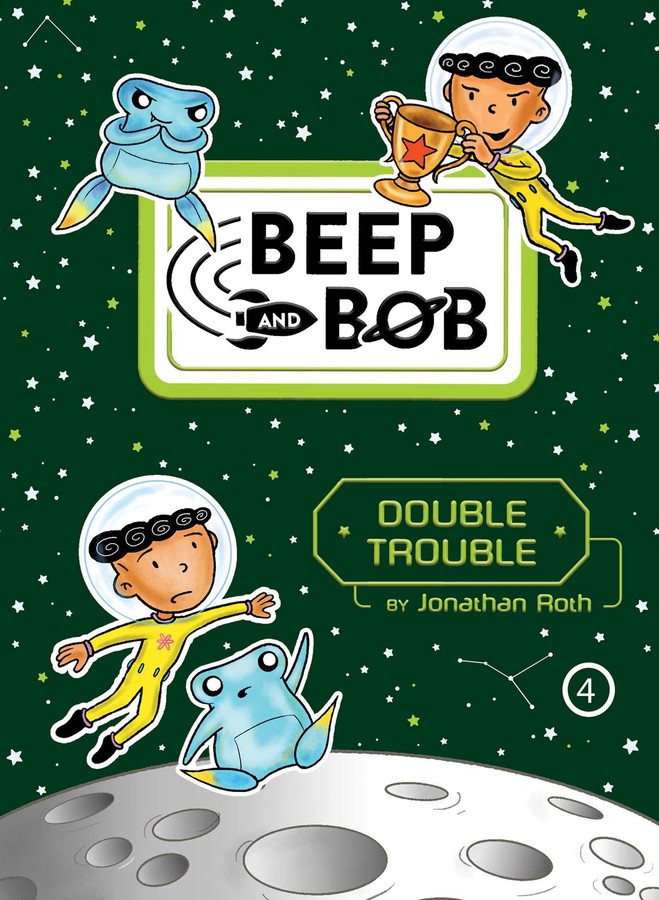 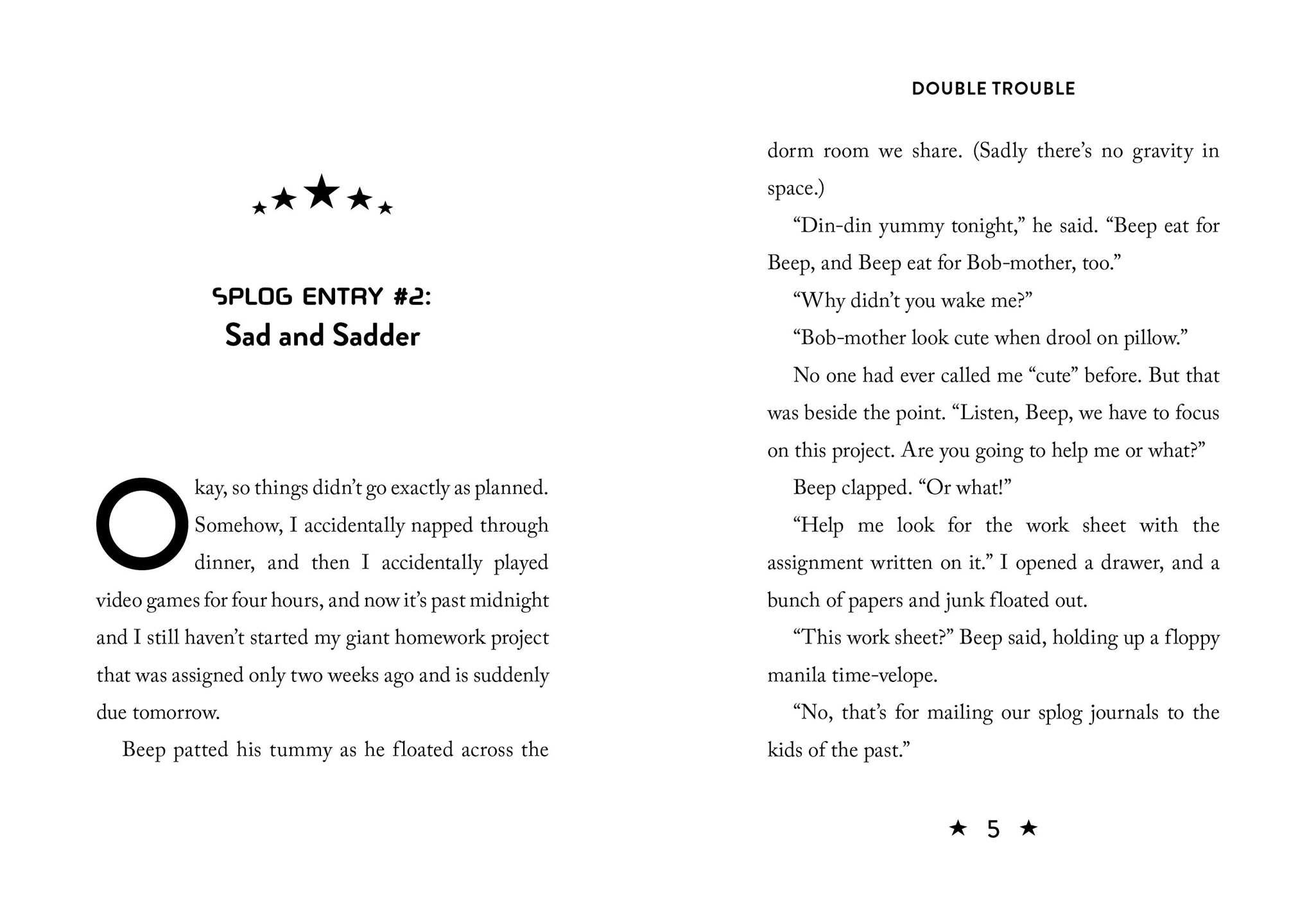 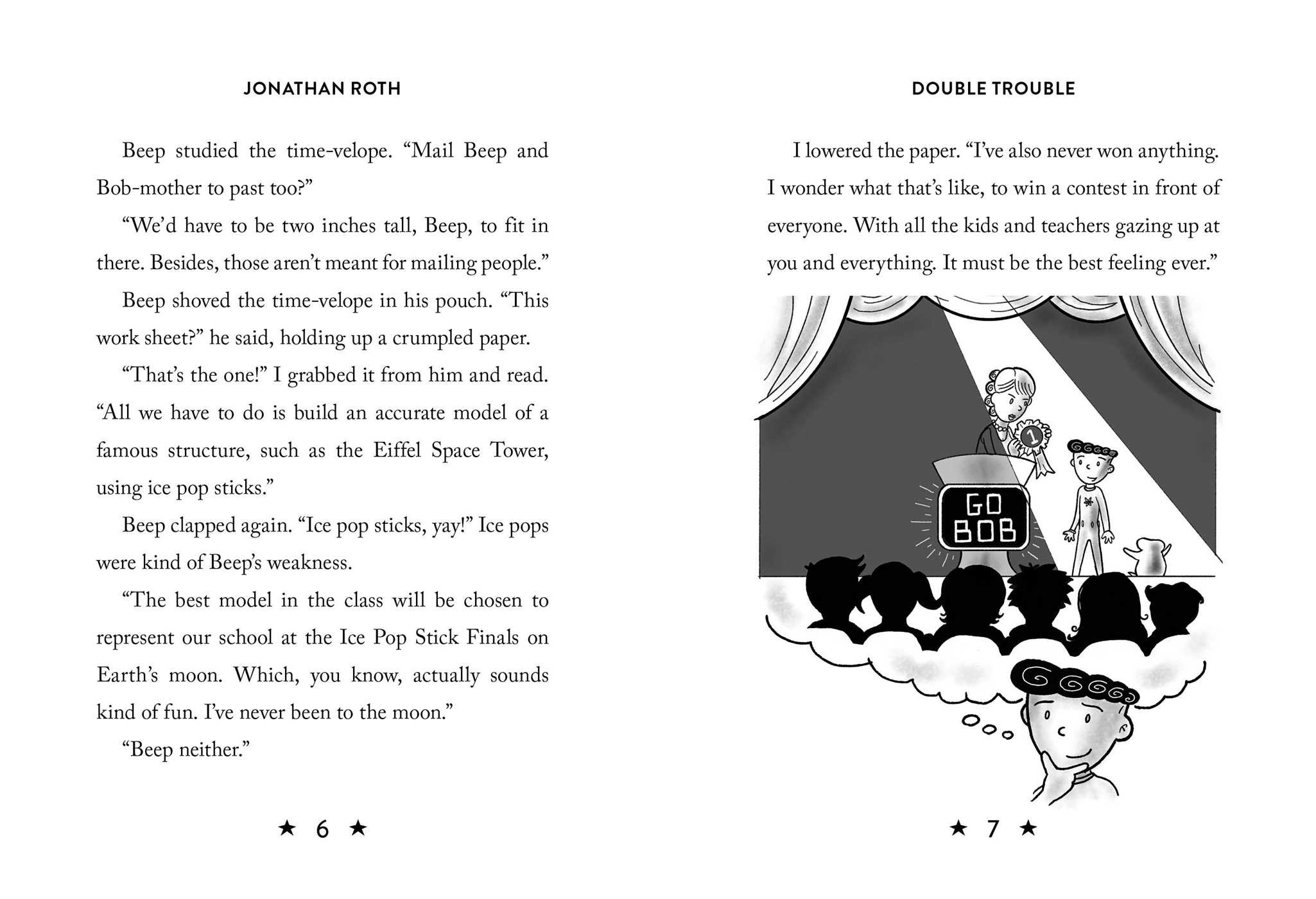 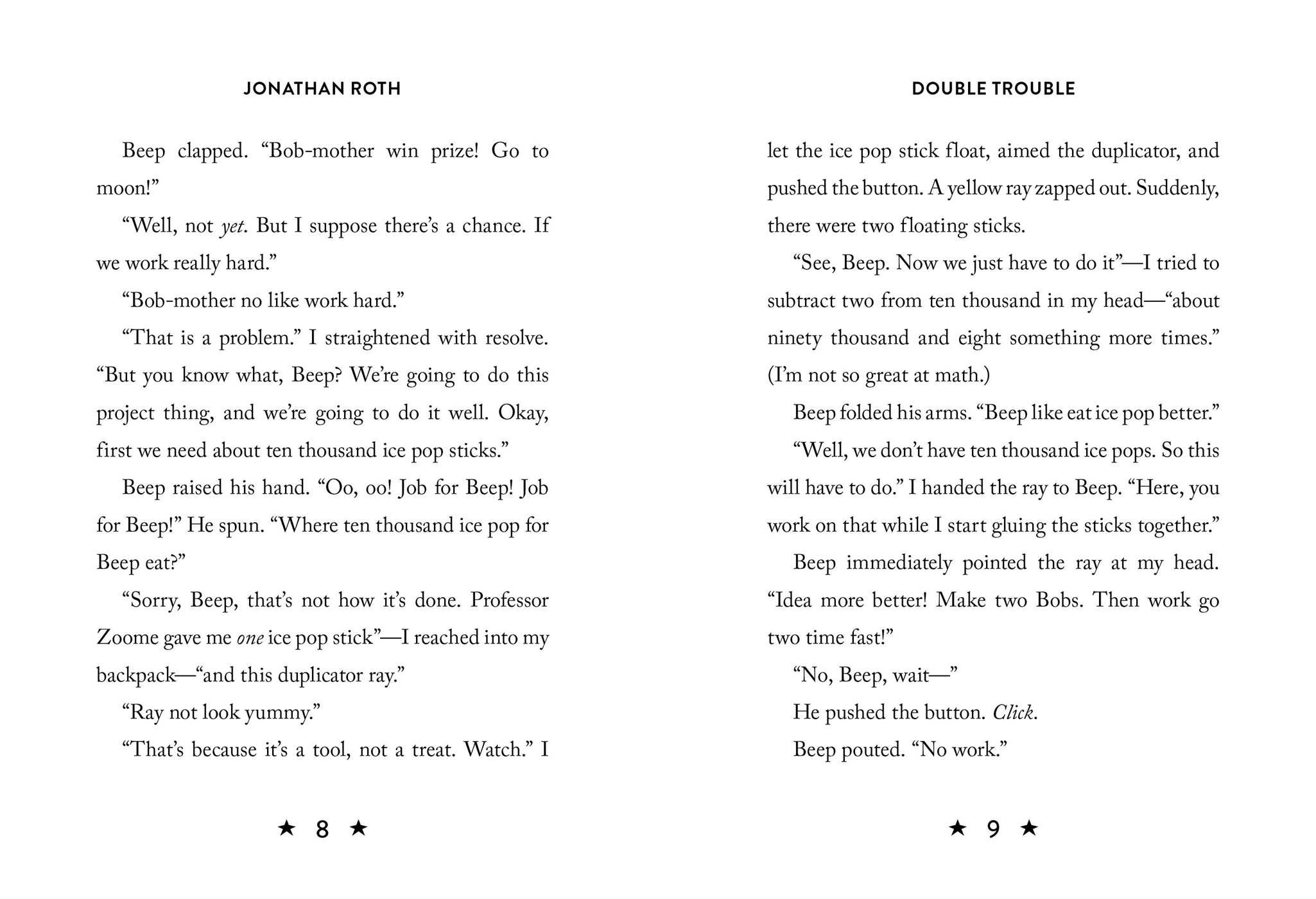 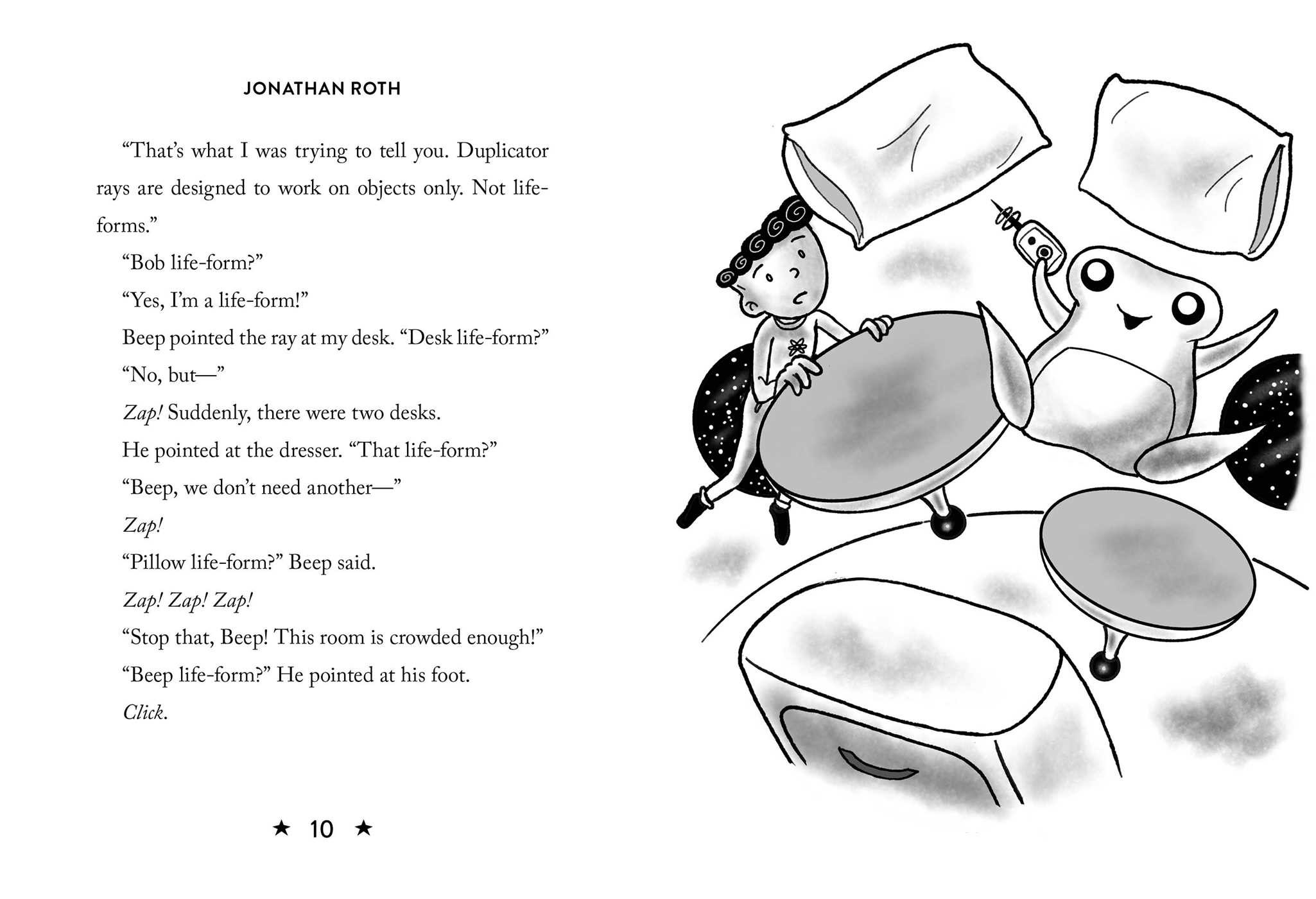 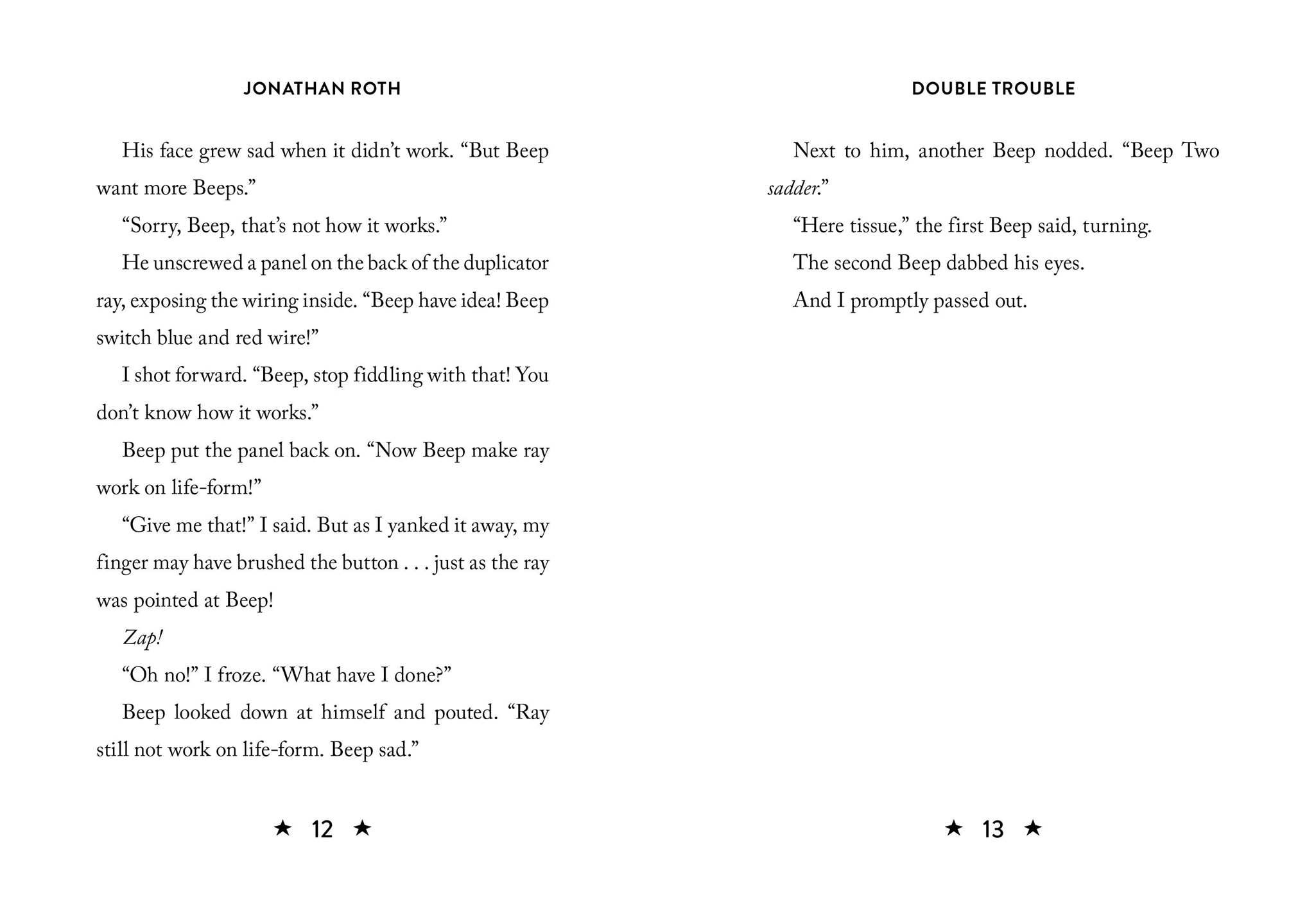 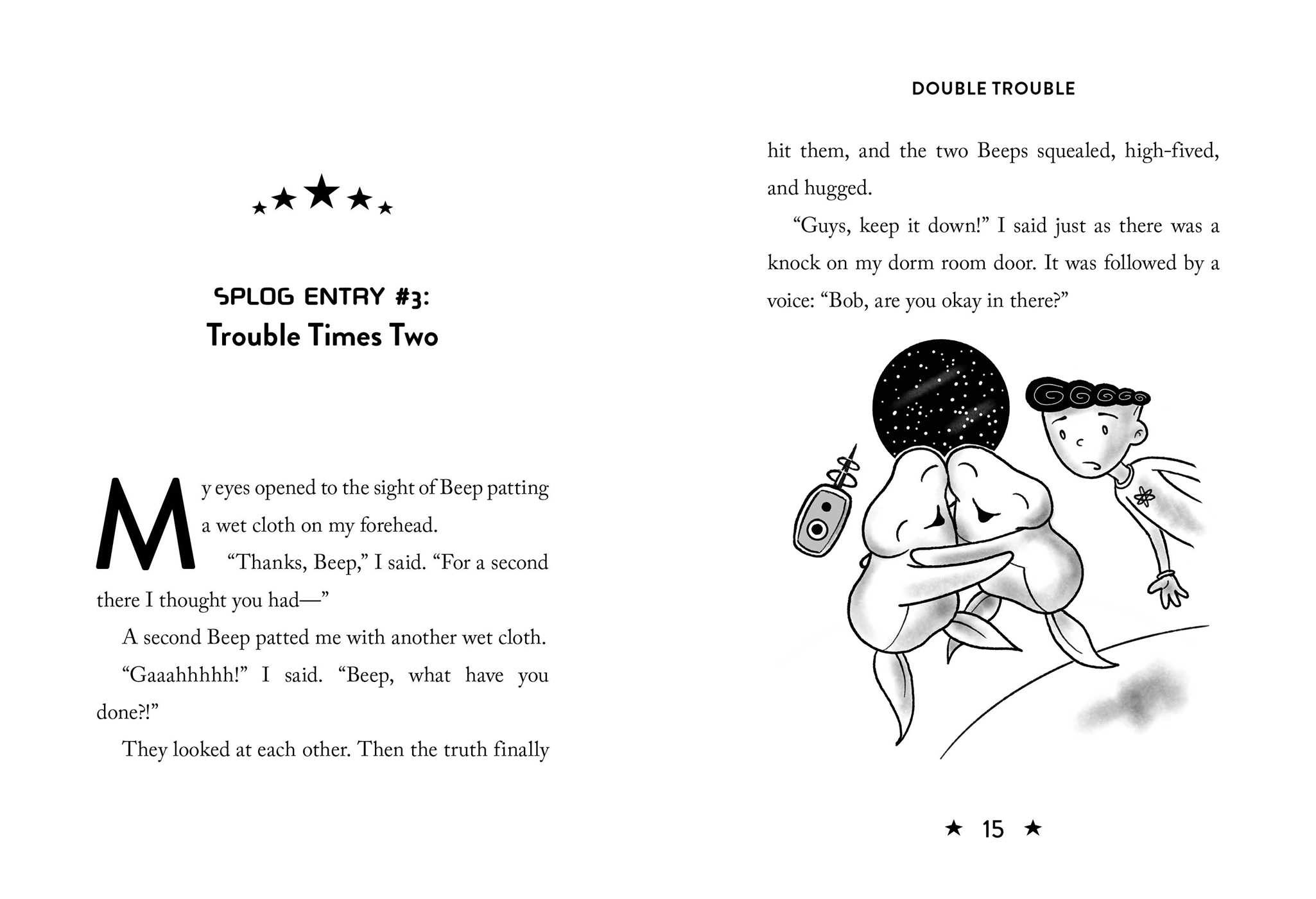 Beep and Bob accidentally clone themselves for the school science fair in this fourth book in the hilarious, action-packed Beep and Bob series!

What’s twice as fun as Beep and Bob? Two Beeps and Bobs!

While up too late working on his science fair project, Bob accidentally points a duplication ray at Beep. To his shock, another Beep appears! Beep decides the more, the better, so he points the ray at Bob and PRESTO: it’s Bob 2 (or Backwards Bob).

At first Bob thinks their clones are creepy, but it doesn’t take long to realize that having duplicates comes with perks: they can sleep in while their clones go to class!

Then the real Beep and Bob discover a hitch: the Beep and Bob clones are EVIL, and are planning to duplicate an EVIL Earth to rule! How will they possibly get themselves (and themselves!) out of this one?

SPLOG ENTRY #1: Hard Work Is Hard!
Dear Kids of the Past,

Hi. My name’s Bob and I live and go to school in space. That’s right, space. Pretty sporky, huh? I’m the new kid this year at Astro Elementary, the only school in orbit around one of the outer planets. There’s just one micro little problem:

I mean, back on Earth at my old school, I got a trophy for learning how to Velcro my shoe. But if you dare ask the teachers here for a little help putting on your space helmet the right way so your head doesn’t explode, they deduct six points from your grade average and make you sharpen pencils for a week!

Beep just clapped and said, “Head go pop, yay!” Beep is a young alien who got separated from his 600 siblings when they were playing hide-and-seek in some asteroid field. Then he floated around space for a while, until he ended up here. Sad, huh?

You know what’s even sadder? I was the one who found him knocking on our space station’s air lock door and let him in. Now he thinks I’m his new mother!

Beep is also really good at drawing, so I let him do all the pictures for these space logs (splogs, as we call them) before sending them back in time for you to read. Beep says to tell you that he once was terrible at drawing, but that he worked really hard and that you can too. (Unlike me, of course, who was smart enough to give up art the second I realized I could draw only stick figures!)

Anyway, I promise to try to write more entries soon, maybe between my after-school nap and my predinner rest time.

More books in this series: Beep and Bob