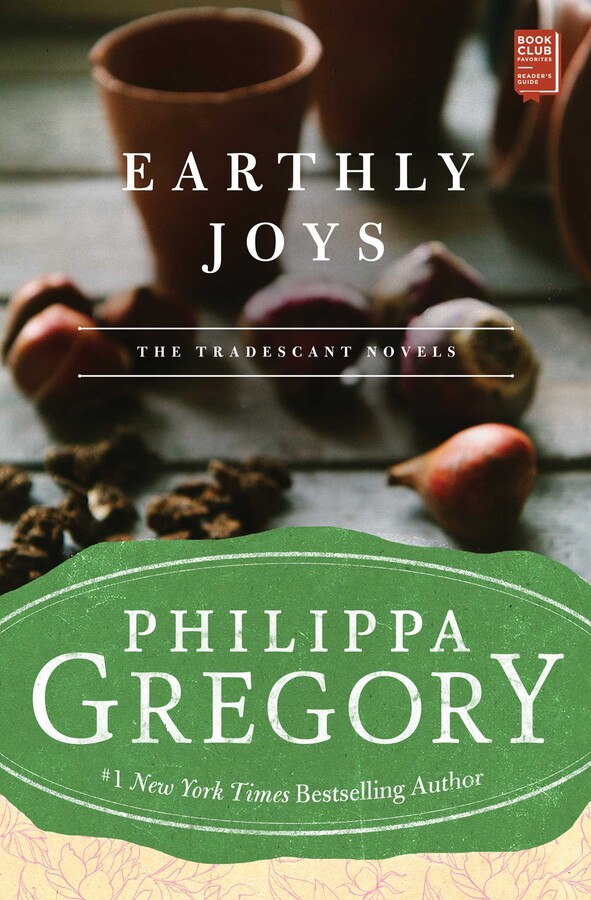 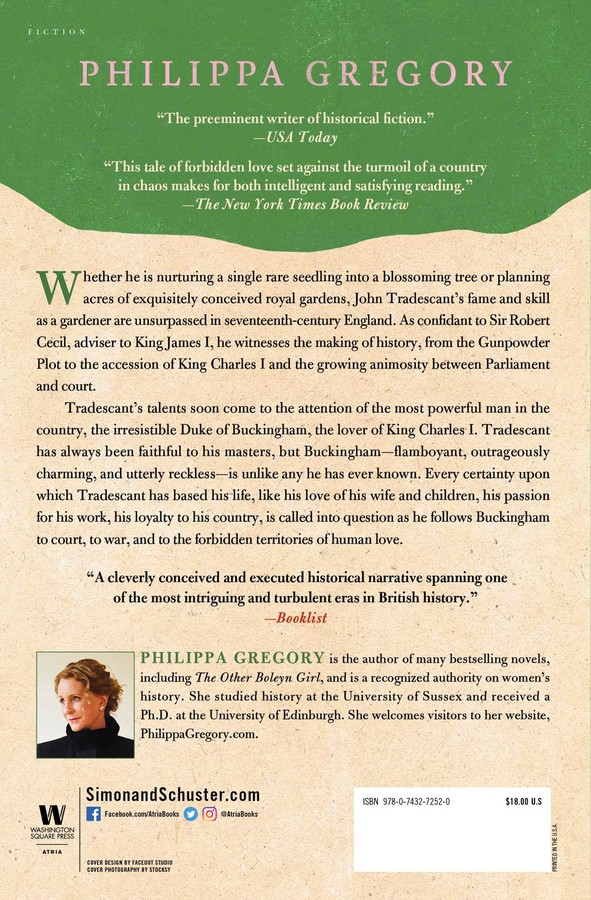 #1 New York Times bestselling author and “queen of royal fiction” (USA TODAY) Philippa Gregory brings to life the passionate, turbulent times of seventeenth-century England as seen through the eyes of the country’s most famous royal gardener.

John Tradescant’s fame and skill as a gardener are unsurpassed in seventeenth-century England, but it is his clear-sighted honesty and loyalty that make him an invaluable servant. As an informal confidant of Sir Robert Cecil, adviser to King James I, he witnesses the making of history, from the Gunpowder Plot to the accession of King Charles I and the growing animosity between Parliament and court.

Tradescant’s talents soon come to the attention of the most powerful man in the country, the irresistible Duke of Buckingham, the lover of King Charles I. Tradescant has always been faithful to his masters, but Buckingham is unlike any he has ever known: flamboyant, outrageously charming, and utterly reckless. Every certainty upon which Tradescant has based his life—his love of his wife and children, his passion for his work, his loyalty to his country—is shattered as he follows Buckingham to court, to war, and to the forbidden territories of human love.

By clicking 'Sign me up' I acknowledge that I have read and agree to the privacy policy and terms of use.
Touchstone Reading Group Guide
Earthly Joys
By Philippa Gregory
1. Authors often challenge themselves by writing from the point of view of characters of the opposite sex. Do you think Gregory does a convincing job of creating her main male character, John Tradescant? Do you think he is more or less realistic than the women in this novel, such as his wife, Elizabeth, or his daughter-in-law, Jane?
2. Sir Robert Cecil teaches John that "practice over principle" is the surest path to success and, in dangerous times, the wisest path all around. Do you agree with him? Why or why not?
3. John seeks a higher purpose and seems to find it when he realizes that collecting and displaying an array of rare plants is to honor the glory of God. Yet, his conventional and religious wife resents his traveling to achieve this goal. What is it that bothers Elizabeth so much? Do you think John's motivations for traveling change as the novel progresses? Do you think he is being honest with himself about those motivations?
4. There is much talk in Earthly Joys, particularly between John and his family, about the "Divine order" that keeps every man, woman, and child in a proscribed place of servitude and responsibility. How do you feel about this philosophy? How does John argue against Elizabeth who says, "You are a gardener-so stay at home and garden?"
5. Gregory sprinkles her historical fiction with colorful and delightful scandal. How does reading about the lives of famous men like Sir Robert Cecil, George Villiers, and Prince Charles in this context make you feel about history? If you were familiar with this time period before reading Earthly Joys, did the novel affect your understanding at all?
6. John describes his love for the Duke after they have sex as being wholly different from the love between a man and a woman (and, ostensibly, between John and his wife). Is their brief affair a continuance of John's belief that his master always comes first and must be served in all ways, or something more? Do you think he is being unfaithful to Elizabeth? Given his explanation of the event, does your opinion of John change after he becomes sexually intimate with the Duke? If so, how?
7. John has spent his whole life in willing servitude to great men, a fact that he is proud of. However, when King Charles comes to power, his feelings about men being destined to serve their "natural" masters begins to change. Why?
8. Throughout the novel, John and J clash often over their ideals and desires. Do you think John treats his son fairly? How might you deal with your own child if your fundamental beliefs and loyalties rested on opposing sides?
9. John Tradescant has three loves over the course of this novel: his first master, Sir Robert Cecil, his wife Elizabeth, and his greatest love, George Villiers. What do you think each of these people represent to John, and why does each retain his love and loyalty?

"I was entranced...Gregory promises us the continuation of the fictionalized story of the fortunes of the Tradescants in Virgin Earth. Personally, I can't wait."
-- Lisa Jardine, The Times (London)

"A cleverly conceived and executed historical narrative spanning one of the most intriguing and turbulent eras in British history."
-- Margaret Flanagan, Booklist

"This tale of forbidden love set against the turmoil of a country in chaos makes for both intelligent and satisfying reading."
-- Betsy Groban, The New York Times Book Review

"When it comes to writers of historical fiction, Philippa Gregory is in the very top league."
-- Val Hennessy, Daily Mail