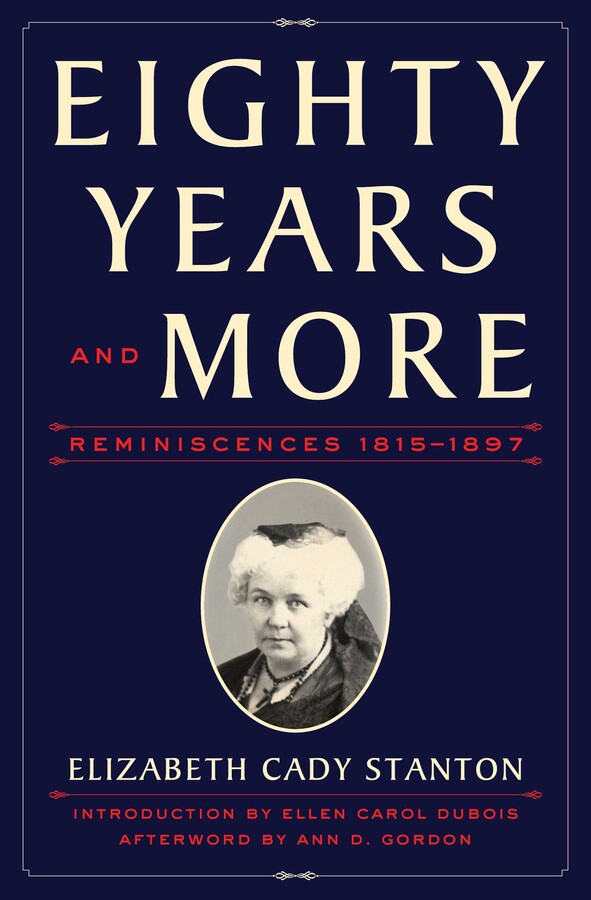 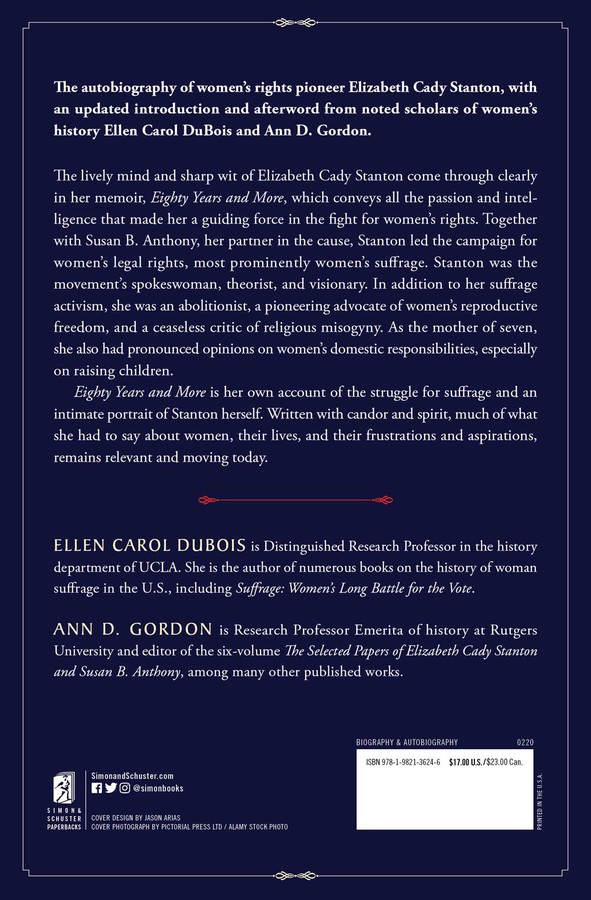 Eighty Years and More: Reminiscences 1815–1897, is one of the great American autobiographies. There is really no other American woman’s autobiography in the nineteenth century that comes near it in relevance, excellence, and historical significance.

In 1848, thirty-three-year-old Stanton and four others organized the first major women’s rights meeting in American history. Together with Susan B. Anthony, her partner in the cause, she led the campaign for women’s legal rights, most prominently woman suffrage, for the rest of the century. In those years, Stanton was the movement’s spokeswoman, theorist, and its visionary. In addition to her suffrage activism, she was a pioneering advocate of women’s reproductive freedom, and a ceaseless critic of religious misogyny. As the mother of seven, she also had pronounced opinions on women’s domestic responsibilities, especially on raising children.

In Eighty Years and More, Stanton reminisces about dramatic moments in the history of woman suffrage, about her personal challenges and triumphs, and about the women and men she met in her travels around the United States and abroad.

Stanton’s writing retains its vigor, intelligence, and wit. Much of what she had to say about women, their lives, their frustrations, their aspirations and their possibilities, remains relevant and moving today.