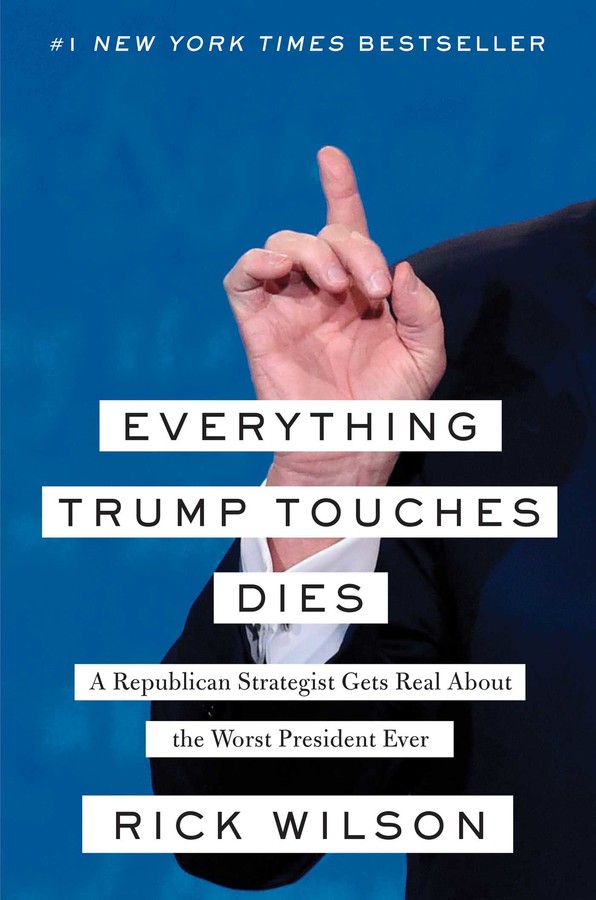 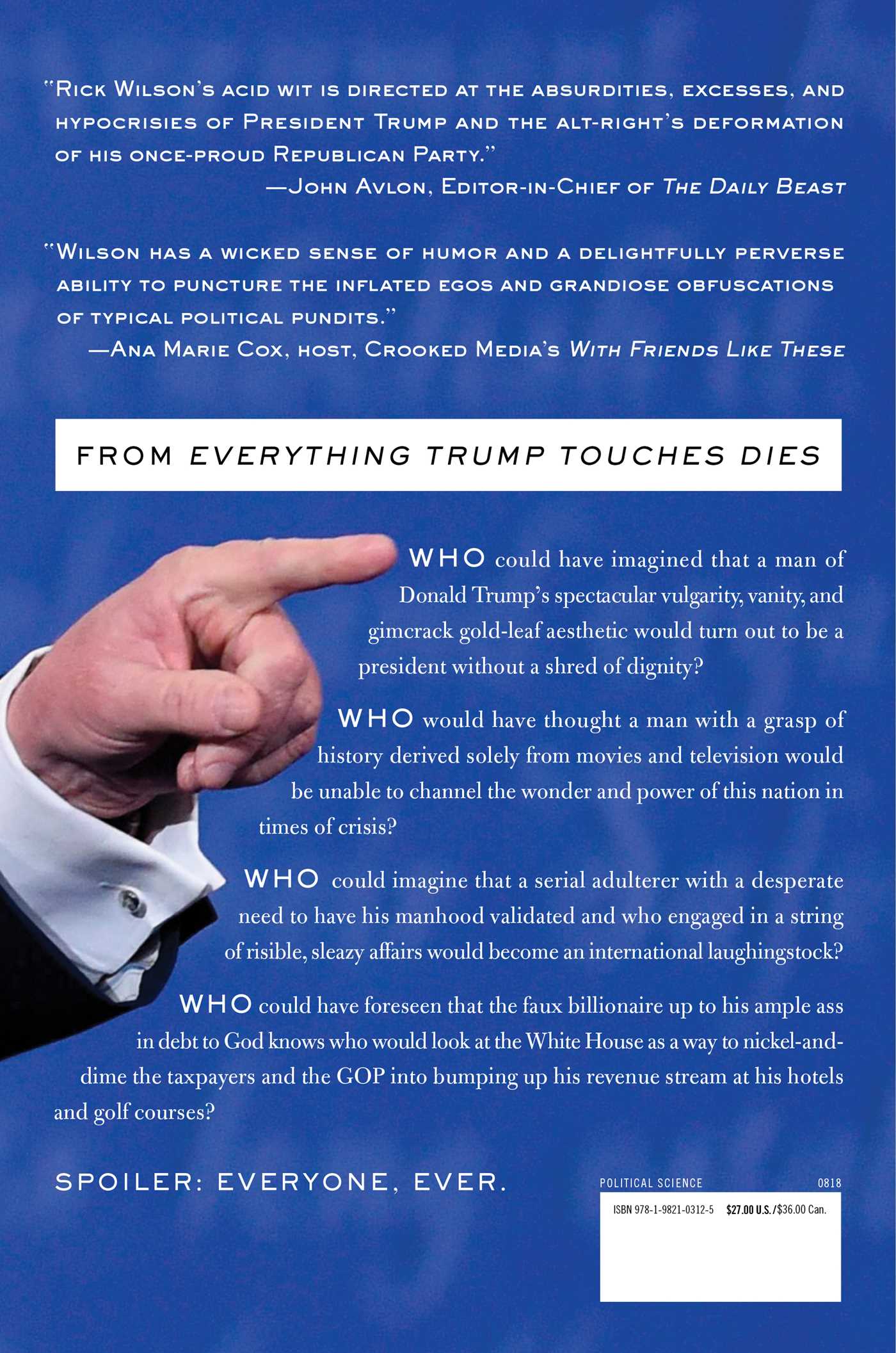 A Republican Strategist Gets Real About the Worst President Ever

From Rick Wilson—longtime Republican strategist, political commentator, Daily Beast contributor—the #1 New York Times bestseller about the disease that is destroying the conservative movement and burning down the GOP: Trumpism.

In the #1 New York Times bestselling Everything Trump Touches Dies, political campaign strategist and commentator Rick Wilson delivers “a searingly honest, bitingly funny, comprehensive answer to the question we find ourselves asking most mornings: ‘What the hell is going on?’ (Chicago Tribune). The Guardian hails Everything Trump Touches Dies, saying it gives, “more unvarnished truths about Donald Trump than anyone else in the American political establishment has offered. Wilson never holds back.” Rick mercilessly exposes the damage Trump has done to the country, to the Republican Party, and to the conservative movement that has abandoned its principles for the worst President in American history.

Wilson unblinkingly dismantles Trump’s deceptions and the illusions to which his supporters cling, shedding light on the guilty parties who empower and enable Trump in Washington and in the media. He calls out the race-war dead-enders who hitched a ride with Trump, the alt-right basement dwellers who worship him, and the social conservatives who looked the other way. Publishers Weekly calls it, “a scathing, profane, unflinching, and laugh-out-loud funny rebuke of Donald Trump and his presidency.”

No left-winger, Wilson is a lifelong conservative who delivers his withering critique of Trump from the right. A leader of the Never Trump movement, he warned from the start that Trump would destroy the lives and reputations of everyone in his orbit, and Everything Trump Touches Dies is a deft chronicle the tragicomic political story of our time. From the early campaign days through the shock of election night, to the inconceivable train-wreck of Trump’s first year. Rick Wilson provides not only an insightful analysis of the Trump administration, but also an optimistic path forward for the GOP, the conservative movement, and the country.

“Hilarious, smartly written, and usually spot-on” (Kirkus Reviews), Everything Trump Touches Dies is perfect for those on either side of the aisle who need a dose of unvarnished reality, a good laugh, a strong cocktail, and a return to sanity in American politics.

Rick Wilson is a seasoned Republican political strategist and infamous negative ad-maker. His regular column with The Daily Beast is a must-read in the political community. Published in The Washington Post, Politico, The Hill, The Federalist, Independent Journal Review, he’s also a frequent guest on Real Time with Bill Maher, CNN, MSNBC, NPR, With Friends Like These, and the national networks. The author of Everything Trump Touches Dies, Rick Wilson lives in Tallahassee, Florida with his wife, four dogs, and a nameless cat. They have two grown children.

Scalpel in hand, a conservative strategist dissects Trumpism, the Washington, D.C., swamp, and the new GOP. The autopsy report isn't pretty...Wilson's insider take is hilarious, smartly written, and usually spot-on. Somebody had to do it."

“A searingly honest, bitingly funny, comprehensive answer to the question we find ourselves asking most mornings: ‘What the hell is going on?’…. A fascinating, fierce and fearless exposition of the political mess America finds itself in today.”

“His raw-brawling style and deftly articulated rage…have made Wilson an unexpected darling of the left, and a kind of Cassandra in steel-toed boots for his own party…. The book is a clarion call to conservatives about how ‘Kim Jong Don's’ reverse-Midas touch is ‘an Orwellian erasure of what conservatism represents’ that will define the party for generations to come.”

“Hear the sizzle? That’s the sound of Wilson, Republican strategist and now Never-Trumper, burning the president, his family, cabinet, and GOP stalwarts.”

“Veteran GOP political strategist Wilson, who for decades was a top Republican attack dog and was the guy the party relied on to craft its message and strategy, offers a scathing, profane, unflinching, and laugh-out-loud funny rebuke of Donald Trump and his presidency...those who share his views will find this rewarding.”

A Republican Strategist Gets Real About the Worst President Ever