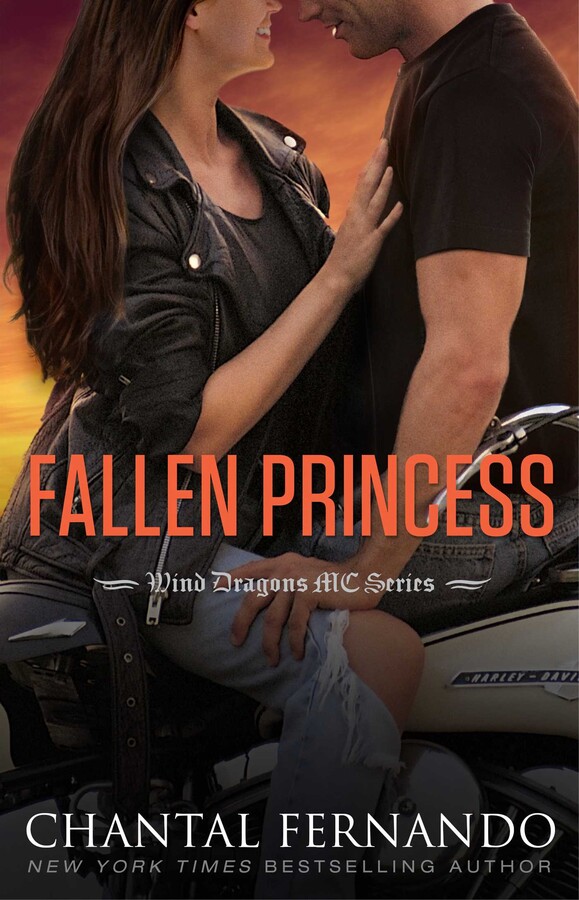 Growing up as the Princess of the Wind Dragons Motorcycle Club, Clover Black knows she’s had a thoroughly unique upbringing. As the daughter of the former President of the club, she’s expected to live a certain kind of life but she does the unthinkable…she goes to the police academy and becomes a cop. Without her family knowing.

After being assigned a new partner, the handsome Felix Banks, a friendship blossoms, but as Felix teaches her how to be a better cop, she finds herself falling for him, all while, struggling to keep her two lives separate. Tensions rise when the truth comes out and it becomes clear that Clover is being used for her motorcycle club ties.

As things heat up within the MC and at Clover’s job, she faces a difficult choice—her love for Felix and the law, or her family and the Wind Dragons. A steamy and unputdownable romance, Fallen Princess is perfect “for fans of Kristin Ashley, Julie Ann Walker, and Joanna Wylde, and those who are heartbroken that television’s Sons of Anarchy has ended” (Booklist).

Thirteen Years Later
RUSHING to the police car, I slide in and wait for my partner to get us on the road and out to the action. After getting a call for a suspected burglary, adrenaline fills me as I finally am able to do more than push paper at the station. I tap my foot impatiently as Jenks takes his sweet ole time, eating the last of his doughnut and wiping his sugary hands on his uniform before turning on the engine. The man couldn’t be more of a walking stereotype if he tried, with his slightly overweight appearance, balding head, and love for sweet treats.

We’re complete opposites. He’s one of those cops who has lost his passion and enthusiasm for the job and just collects a paycheck until he can access his pension. He probably doesn’t even remember why he joined.

I, on the other hand, entered the police force full of ambition, excitement, and determination to make a change in this world. I wanted to be a heroine. I wanted to make a difference, no matter how big or small. I wanted to go above and beyond. However, if I’m being honest, this job isn’t what I thought it’d be. I pictured myself being out in the field, being challenged every day, both physically and mentally. But for the most part I’ve been sitting behind a desk, which is slowly sucking the life out of me.

“Are you ready, Black?” Jenks asks me as we stop outside a dark two-story house. “Remember, stay behind me, and do as I say.”

I grit my teeth. I’m not the best at following orders, especially from someone like Jenks, but I’ve learned that being a new recruit, there’s nothing much I can do for now other than keep my mouth shut and do what I’m told.

“I will follow protocol,” I reply, sliding out of the car, hand on my gun.

“That’s not what I asked,” the bastard replies. For some reason he thinks he is the boss of me and can tell me exactly what to do.

“You just stay behind and let me handle this,” he continues.

“We’re supposed to be a team,” I fire back. “I’m not your little minion, Jenks.”

He makes a sound of irritation but says nothing further.

The street is quiet and deserted, what you’d expect on a weekday night in this neighborhood. The owners of the home are away, but when their alarm went off, the neighbors called 911, assuming someone had broken in. It could just be a false alarm, but I need to prepare on the off chance that someone really is in there.

Jenks heads toward the back entrance, checking the door, which is unlocked. I pull out my gun and follow behind him, alert and using all my senses. In my mind I plan how I’m going to take this man or woman down. Maybe I’ll finally get a chance to show off a few of my skills, the ones that made me the top student in the academy.

We clear all the bedrooms but find the place empty. There is no mess or signs of a burglary, and it doesn’t appear that anything obvious has been taken. Sighing with my shoulders hunching, I squat down when I see something move behind the couch.

“What is that?” I mutter to myself, glancing over it to see a little black cat sitting there. “They must have left their door open, or something, and a cat got inside.” I holster my gun.

Jenks groans. “Come on, let’s lock the place up.”

“We can’t just leave the cat here,” I say to him, grabbing the little beast, checking its collar, where it has a name and address on it. “It doesn’t live here, it lives down the road.”

“That’s not our problem,” Jenks tells me, tone annoyed. “Put it down and let’s get out of here.” He’s so heartless.

I smirk at him being named after a Pokémon and place him on my lap in the car, ready to drop him back where he belongs. Jenks grumbles the whole ride, but I don’t care. There’s no way I was leaving the cat there, and I wasn’t breaking protocol by helping it. It was just an added few minutes of our time.

This isn’t how I was hoping the night was going to go.

But I saved a cat.

Back at the station, I’m stuck writing up the report of our big call, while Jenks is telling the other cops about the cat as he drinks coffee and eats another doughnut. I’m the only woman on shift, and being a rookie officer, the men love to try to push me just to see how much they can get away with.

“Black, I hear you finally got to see some action tonight,” Officer Basil calls out. He can be a jerk sometimes, and we also like to pretend that he didn’t hit on me on my first day at work. Especially since he is married with kids.

“More action than you will ever see,” I reply with a smirk. I don’t let them get to me. Little do they know I’m used to much tougher men than they will ever be, and I can give back just as much as I can take.

I’m here because I want to be, not because I have to be, and I think that’s the difference between me and so many of the other officers. I’ve been a policewoman for six months now, and in that time, I’ve dealt with the most boring things. A ticket for someone driving while on her cell phone. Breaking up a minor fight between two homeless people. The return of a pet lizard when emergency thought it was a lost child. I once got a call for a domestic disturbance, but it turned out the couple just got a little too vocal during their intimate moments. Tonight was the most exciting call I’ve had. And it was a cat. Figures.

I don’t complain, that’s not who I am, but the boredom is starting to kick in, and I’m getting a little antsy. I need a challenge. It’s one of the reasons I wanted to become a cop in the first place, that and to actually help improve this city I call home. I went against the grain and all that I knew to follow this dream, and I did it because something inside of me told me that this was my calling and this is where I’m meant to be. I followed my gut, my heart over my mind. However, saving a cat wasn’t what I thought the highlight of my career so far was going to be.

“He’s married; he gets action,” Jenks says, big belly shaking as he laughs. “Just less and less every year, am I right? It’s like as each anniversary piles up, everything else goes down. Sexually and physically.”

The men all laugh.

“Don’t you all have some work to do?” I ask them, eyes back on my computer screen. I didn’t use my business degree because I knew I didn’t want to be stuck behind a desk all day, and yet here I am.

My phone beeps with a message from Cara, one of my best friends.

I’m coming to stay at your place tonight. Dinner and drinks? If I leave now I should be there when you get off work.

I reply to her, smiling.

I always send her my schedule so we can work around our everyday lives to make time for each other. I grew up seeing her practically every day. It sucks seeing her only once a week or every other week, but I guess I had to adult at some point.

She is such a good friend to drive the hour just to see me, probably longer if there’s traffic, and I’m grateful. A dose of Cara is exactly what I need right now.

The sacrifices I have made once seemed worth it. But I don’t know if they are anymore. 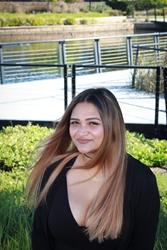