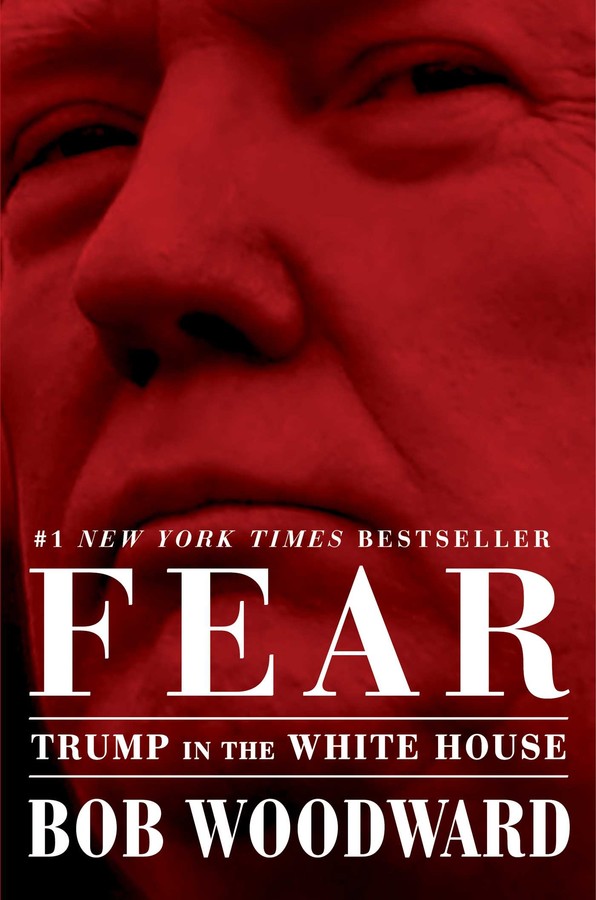 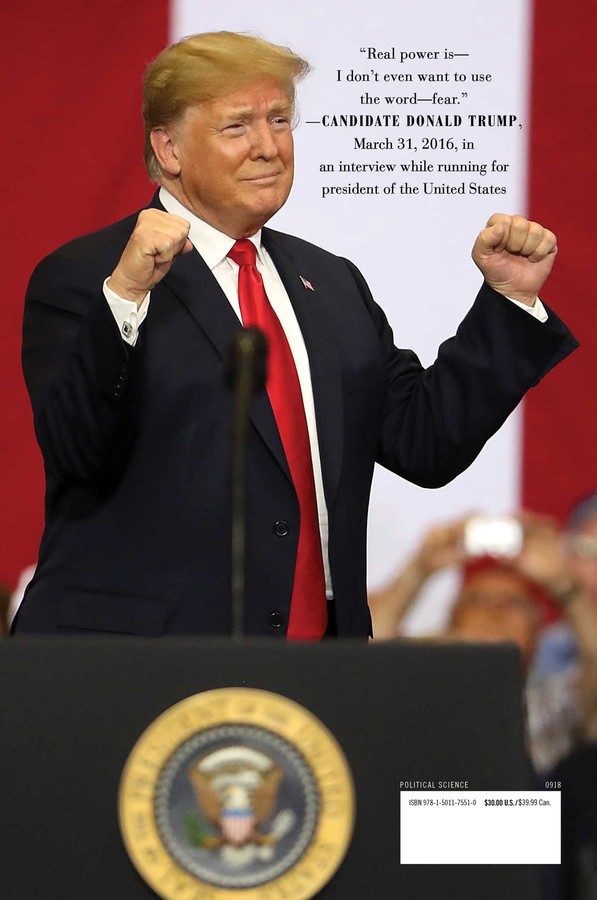 THE INSIDE STORY ON PRESIDENT TRUMP, AS ONLY BOB WOODWARD CAN TELL IT

Fear is the most intimate portrait of a sitting president ever published during the president’s first years in office. The focus is on the explosive debates and the decision-making in the Oval Office, the Situation Room, Air Force One and the White House residence.

Fear presents vivid details of the negotiations between Trump’s attorneys and Robert Mueller, the special counsel in the Russia investigation, laying out for the first time the meeting-by-meeting discussions and strategies. It discloses how senior Trump White House officials joined together to steal draft orders from the president’s Oval Office desk so he would not issue directives that would jeopardize top secret intelligence operations.

“It was no less than an administrative coup d’état,” Woodward writes, “a nervous breakdown of the executive power of the most powerful county in the world.”

Bob Woodward is an associate editor at The Washington Post, where he has worked for forty-seven years. He has shared in two Pulitzer Prizes, first for the Post’s coverage of the Watergate scandal with Carl Bernstein, and second in 2003 as the lead reporter for coverage of the 9/11 terrorist attacks. He has authored or coauthored eighteen books, all of which have been national nonfiction bestsellers. Twelve of those have been #1 national bestsellers.

“A harrowing portrait of the Trump presidency . . . Again and again, Woodward recounts at length how Trump’s national security team was shaken by his lack of curiosity and knowledge about world affairs and his contempt for the mainstream perspectives of military and intelligence leaders.”—Phillip Rucker and Robert Costa, The Washington Post

“A damning picture of the current presidency.”—David Martin, CBS News

“An unprecedented inside-the-room look through the eyes of the President's inner circle. . . . stunning.”—CNN

“A devastating reported account of the Trump Presidency that will be consulted as a first draft of the grim history it portrays . . . What Woodward has written is not just the story of a deeply flawed President but also, finally, an account of what those surrounding him have chosen to do about it.”—Susan B. Glasser, The New Yorker

“Fear is Woodward at his best, the quintessential investigative reporter with an eye for detail and an uncanny ability to get key players to ensure that their perspective is etched into history. Its timing could not be more critical for a nation exhausted by tweets and spin, and trying to assess the danger to democracy posed by a presidency that shatters its norms and demeans its institutions.”—John Diaz, San Francisco Chronicle

“Woodward's latest book shows the administration is broken, and yet what comes next could be even worse.”—David A. Graham, The Atlantic

“[Woodward] is the master and I'd trust him over politicians of either party any day of the week.”—Peter Baker

“Woodward . . . depicts the Trump White House as a byzantine, treacherous, often out-of-control operation . . . Mr. Woodward’s book has unsettled the administration and the president in part because it is clear that the author has spoken with so many current and former officials.”—Mark Landler and Maggie Haberman, New York Times

“The more heartening message from FEAR is that we still have institutions and individuals, including Bob Woodward, who will continue checking the most destructive instincts of Donald Trump.”—Joe Scarborough

“You can trust that Woodward has gone to inordinate lengths to get to the best obtainable version of the truth.”—Mike Allen, Axios

“I wonder how many journalists have arrived in Washington over the years dreaming of becoming the next Bob Woodward . . . Though his books are often sensational, he is the opposite of sensationalist. He’s diligent, rigorous, fastidious about the facts, and studiously ethical. There’s something almost monastic about his method . . . He’s Washington's chronicler in chief.”—Nick Bryant, BBC

“No, Bob Woodward is not a Democratic operative. He’s a highly respected journalist who has a track record of writing meticulously detailed books about presidents with an uncanny knack for getting behind-the-scenes details.”—POLITICO Playbook

“He’s got tapes. That’s what the Trump White House really did not understand until today, if they understand it even now.”—Lawrence O’Donnell, MSNBC

SEE ALL
See more by Bob Woodward
Thank you for signing up, fellow book lover!