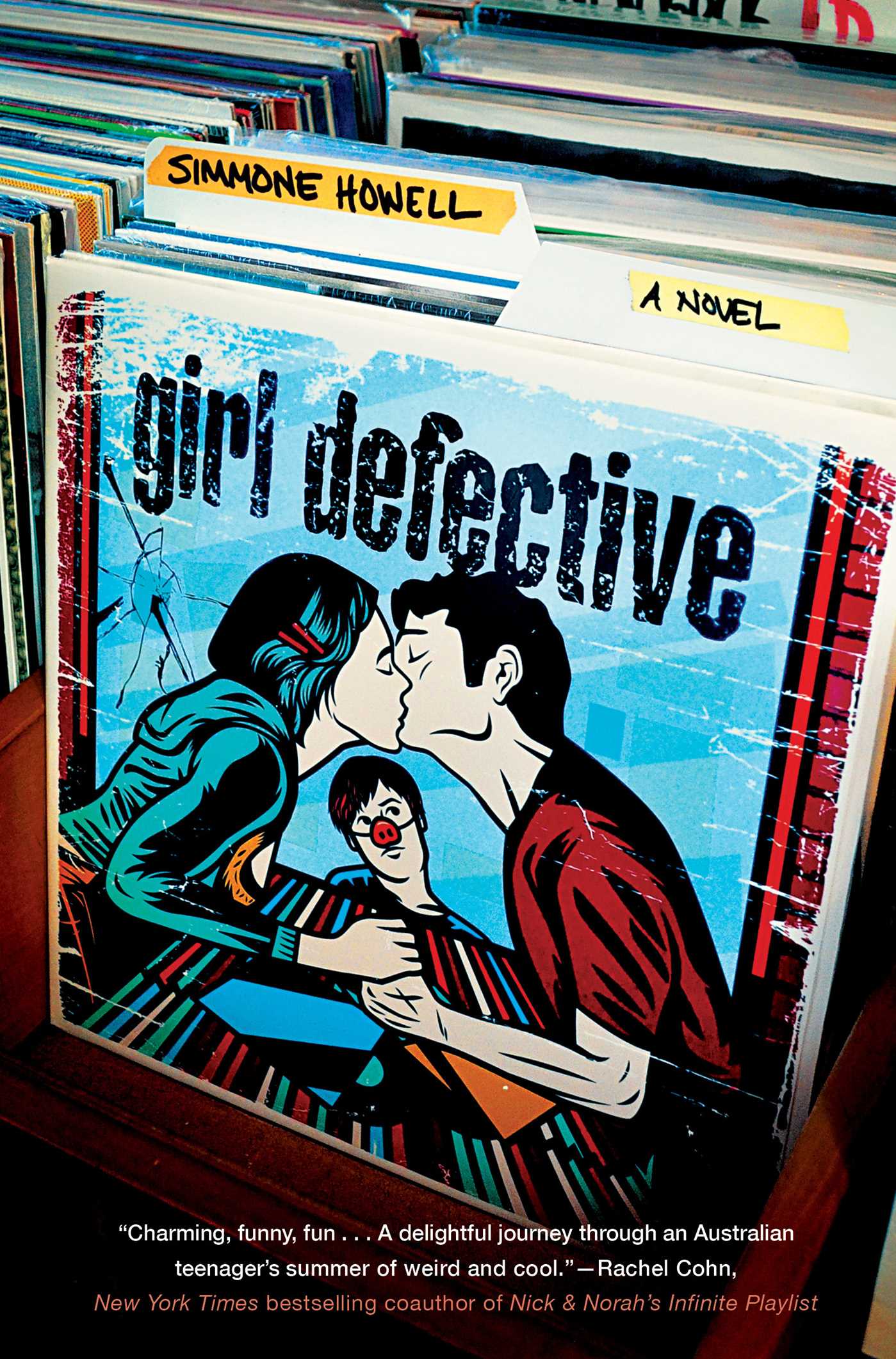 In the tradition of High Fidelity and Empire Records, this is the literary soundtrack to Skylark Martin’s strange, mysterious, and extraordinary summer.

This is the story of a wild girl and a ghost girl; a boy who knew nothing and a boy who thought he knew everything.

It’s a story about Skylark Martin, who lives with her father and brother in a vintage record shop and is trying to find her place in the world. It’s about ten-year-old Super Agent Gully and his case of a lifetime. And about beautiful, reckless, sharp-as-knives Nancy. It’s about tragi-hot Luke, and just-plain-tragic Mia Casey. It’s about the dark underbelly of a curious Australian neighborhood. It’s about summer, and weirdness, and mystery, and music.

And it’s about life and death and grief and romance. All the good stuff.

Girl Defective BILL’S WISHING WELL
THE SONG “WISHING WELL” by the Millionaires (Decca, 1966) was as rare as it was weird, and my dad named his record shop after it. The guy who produced it, Joe Meek, was famously bonkers. He had occult leanings and Svengali issues. He heard voices, but he also heard music in a way that no one else did. Just a few years after his greatest success, Meek killed his landlady, then himself, and for a long time his tapes were locked away in a tea chest. Dad had “Wishing Well” on a compilation. He didn’t like to admit to this (compilations are cheating), but it meant I got to hear it. The song was poppy and bent. It sounded like it was recorded underwater or on the moon. Dad used to say the only reason he even opened up in the morning was on the slim chance that someone would sell the single in. Every other week he’d get that hopeful, pathetic look. “It’s coming,” he’d say. “I can feel it in my waters. You’ll see, kids. Everything comes in eventually.”

And Gully and I would go, “Yes, Dad,” but we never believed it would actually happen.

This is the story of how it did.

It’s also the story of a wild girl and a ghost girl; a boy who knew nothing and a boy who thought he knew everything. And it’s about life and death and grief and romance. All the good stuff.

But first the specs—as Gully would say.

It was just Dad and me and Gully living in the flat above the shop on Blessington Street, St. Kilda. We, the Martin family, were like inverse superheroes, marked by our defects. Dad was addicted to beer and bootlegs. Gully had “social difficulties” that manifested in his wearing a pig-snout mask 24/7. I was surface-clean, but underneath a weird hormonal stew was simmering. My defects weren’t the kind you could see just from looking. Later I would decide they were symptoms of Nancy Cole.

At the time all this happened I’d known Nancy three months. She was nineteen and sharp as knives. I was fifteen and fumbling. We met when Dad hired her to clean the shop and the flat. I remember her walking into my room with the vacuum hose slung around her neck, sloppy and insolent like a bad boyfriend’s arm. She opened her mouth and all this stuff poured out. Did I know that sharks could switch off half their brains? That the average person farted fourteen times a day? That deep in the suburbs middle-aged couples were having sex dressed as plush toys? And I, who never said anything much to anyone, said, “Bullshit!” Soon enough we were gasbagging and lollygagging, and the dishes didn’t even get a look in. Dad had to let her go, but she kept coming around. Nancy’s laugh—and I can still hear it—was an unexpected heehaw that went totally against her glamazon appearance. “You’re all right, kid.”

“Kid,” that was what she called me. Or “little sister,” or “girlfriend,” or “dollbaby,” or “monkeyface.” Sometimes she even used my name—Skylark, Sky—all in that drawl that felt like fingernails on my back, lightly scratching itches I didn’t even know I had. 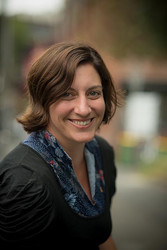 Simmone Howell is the award-winning author of Notes from the Teenage Underground and Everything Beautiful. Before becoming a writer she worked in a multitude of secondhand bookstores and record shops, and as a result her house looks like one. She lives with her husband and son and crazy dog in Melbourne, Australia. Visit her at SimmoneHowell.com.

* "Funny, observant, a relentless critic of the world's (and her own) flaws, Sky is original, thoroughly authentic and great company, decorating her astute, irreverent commentary with vivid Aussie references; chasing these down should provide foreign readers with hours of online fun."

"Smart. Edgy. Beautifully written. One of my year's favorites."

"Melancholy and haunting, funny and hopeful, and just everything I love in a book."

– Trish Doller, author of Where the Stars Still Shine

"Part mystery, part romance, and part unconventional family story, the book introduces an intriguing cast of characters, each of whom has his or her own mystery or problem to solve.... Sky’s first-person narrative...is observant, questioning, and self-critical...the novel’s rich and well-described setting anchors the plot while its conclusion works to illuminate the relationship between its unique characters and their preoccupations."