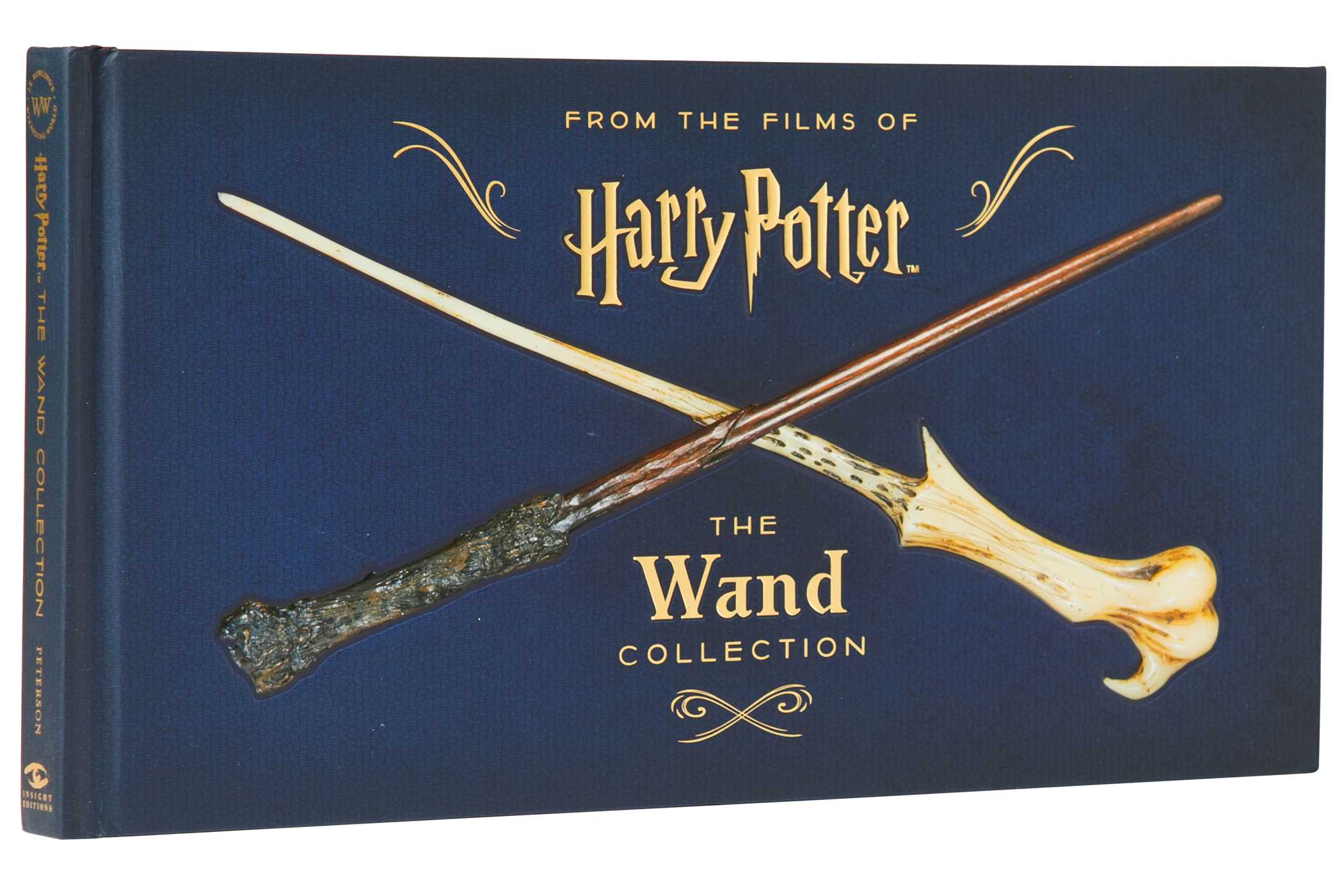 Discover the wands of your favorite Harry Potter characters.

In the Harry Potter films, each wand is as unique as the witch or wizard who wields it. From Hermione Granger’s elegant, vine-wrapped wand to the bone-inlaid wands of the Death Eaters, each was designed and crafted by the filmmakers to reflect its owner’s identity.

Harry Potter: The Wand Collection is a visual guide to these magical wands, their makers, and the characters who mastered them. Profiles of each wand feature stunning new photography of the original props, wand statistics, insights from the cast and crew, and other filmmaking secrets from the Warner Bros. archive.

This collectible volume is an ideal resource for both wand-wielding veteran fans seeking to learn the history behind these beloved items and a new generation just beginning their journey into the wizarding world.

"'Harry Potter: The Wand Collection' Will Teach You Everything You Want To Know About A Wizard's Most Important Tool"

"The book provides a detailed look at each of the primary wands featured in the Harry Potter films, along with a thorough exploration of how they were conceived, what they’re made of, and the ideas behind their construction. Almost every major character, from Harry to Ron to Voldemort, is included."

"The coffee-table collectible shows off the intricacies of the series’ most iconic wands, with detailed profiles of each wand and backstage secrets from the concept artists and prop makers who actually crafted them."