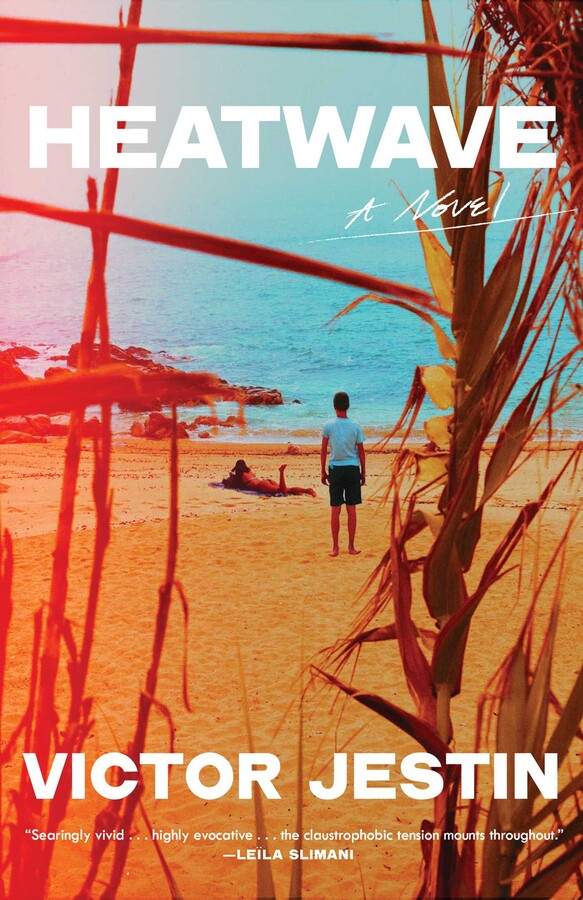 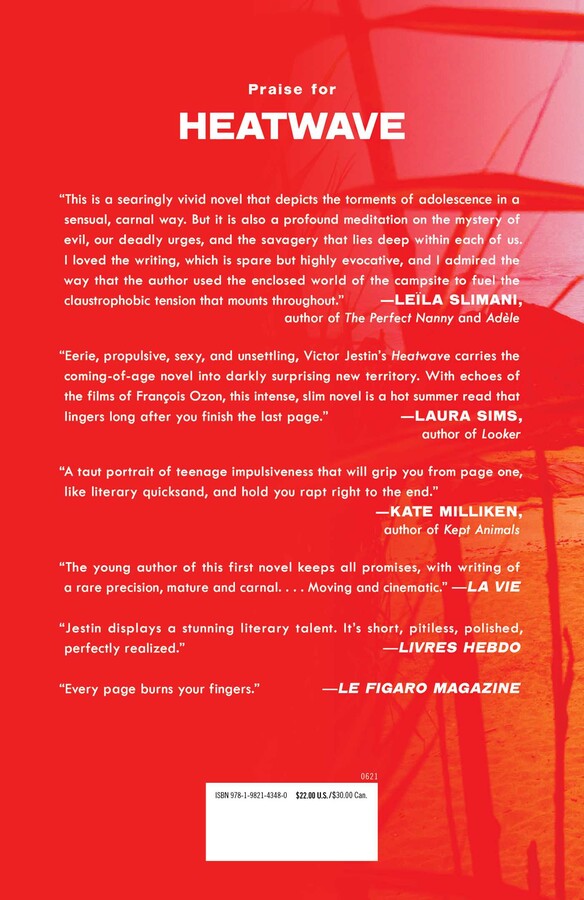 A mesmerizing, “fiery page-turner” (Entertainment Weekly) about a teenage boy on summer vacation who makes an irrevocable mistake and becomes trapped in a spiral of guilt and desire—in the tradition of Alice McDermott’s That Night and E. Lockhart’s We Were Liars.

Oscar is dead because I watched him die and did nothing.

Seventeen-year-old Leo is sitting in an empty playground at night, listening to the sound of partying and pop music filtering in from the beach, when he sees another, more popular boy strangle himself with the ropes of the swings. Then, in a panic, Leo drags him to the beach and buries him.

Over the next twenty-four hours, Leo wanders around the campsite like a sleepwalker, haunted by guilt and fear, and distracted by his desire for a girl named Luce. Meanwhile, the teenage summer rituals continue all around him—the fighting and flirting, the smell of salt and sunscreen, the tinny announcements from the loudspeaker, and above all, the crushing, relentless heat...

A prizewinning sensation in France and now stunningly translated by Sam Taylor, Heatwave is Victor Jestin’s “charged and chilling” (Publishers Weekly) debut novel—a searing portrait of adolescent desire and recklessness, and secrets too big to keep.

*Originally published in France under the title La Chaleur.

Victor Jestin is a twenty-six-year-old writer and screenwriter. He grew up in northwestern France and now lives in Paris. Heatwave is his debut novel. Originally published by Flammarion under the title La Chaleur, it won the Prix Femina des Lycéens and was nominated for the Prix Medicis and Prix Renaudot.

"This slim but memorable novel of teenage boredom and discontent is the ideal accompaniment to the hottest days of summer ... effectively captures that moment in a young person's life when they might feel ready to separate from their family of origin but still have not found their identity or claimed their place in the adult world."
—BookReporter.com

“Jestin’s charged and chilling debut turns on a stifling vacation that descends from purgatory into a nightmarish inferno.”
—Publishers Weekly

"This is a searingly vivid novel that depicts the torments of adolescence in a sensual, carnal way. But it is also a profound meditation on the mystery of evil, our deadly urges, and the savagery that lies deep within each of us. I loved the writing, which is spare but highly evocative, and I admired the way that the author used the enclosed world of the campsite to fuel the claustrophobic tension that mounts throughout."
—Leila Slimani, author of The Perfect Nanny and Adèle

“Eerie, propulsive, sexy, and unsettling, Victor Jestin’s Heatwave carries the coming-of-age novel into darkly surprising new territory. With echoes of the films of Francois Ozon, this intense, slim novel is a hot summer read that lingers long after you finish the last page.”
—Laura Sims, author of Looker

“Victor Jestin succeeds in transporting us with almost nothing, this unique style, this voice—one might almost say these whispers.... A tour de force.”—Le Figaro Culture

“With a searing voice, Victor Jestin captures the stale air of tents, the cheap music, the guys disguised in pink bunny suits who force you to have fun, teenagers as poignant as they are idiotic, rage, desire, absurdity. In effect, scorching.”—Grazia

“The young author of this first novel keeps all promises, with writing of a rare precision, mature and carnal... Moving and cinematic.”—La Vie

“At 25, Victor Jestin makes his mark with an unsettling first novel.”—Elle

“An author so young, who succeeds in creating such a powerful fable, demands to be followed.”—Lire

“A sensual first novel that’s remorseless about the end of innocence.”—Le Vif L’Express

“A beautiful narrative that puts into play the kind of guilt that won’t quit a boy who’s alienated from his world and resistant to all its codes.”—Telerama

“Tense and brief, this text plays with the codes of a first novel to paint a portrait of a sad and aloof teenager.”—L’Humanite

“Victor Jestin portrays with cruel exactitude the throes of an adolescent trapped in a secret too heavy to bear.”—L’Obs

“At 25, Victor Jestin has written a Sagan-like novel. A Francoise Sagan of today under high heat, in the full sense of the word.”—Le Parisien Dimanche

“This drawn-out wandering of a boy outside the norm has been brought to life by the incredible precision of this young author’s voice.”—Prima

“You devour this book, but its effects linger, so strongly does it reverberate with destinies sacrificed to the yawn of the void.”—Le Point