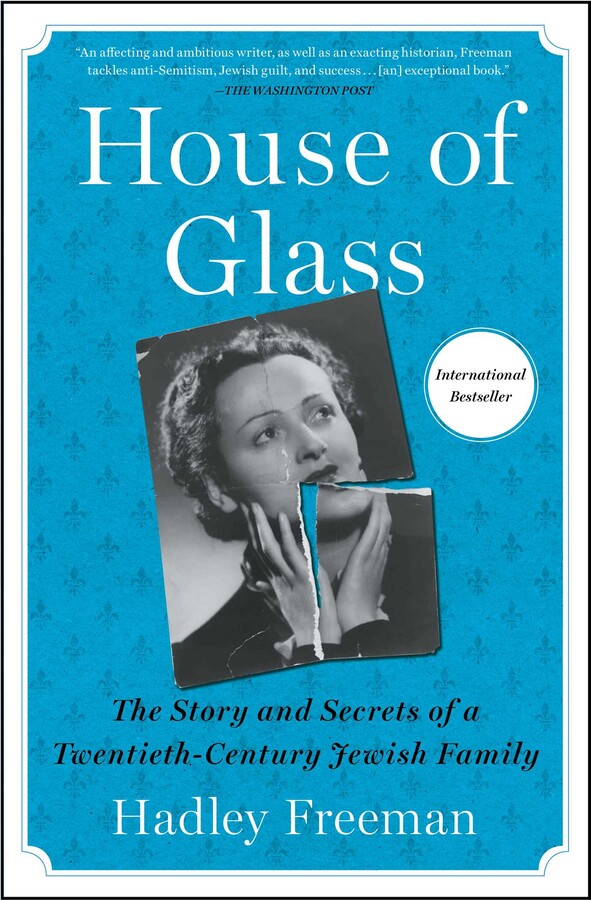 A writer investigates her family’s secret history, uncovering a story that spans a century, two World Wars, and three generations.

Hadley Freeman knew her grandmother Sara lived in France just as Hitler started to gain power, but rarely did anyone in her family talk about it. Long after her grandmother’s death, she found a shoebox tucked in the closet containing photographs of her grandmother with a mysterious stranger, a cryptic telegram from the Red Cross, and a drawing signed by Picasso.

This discovery sent Freeman on a decade-long quest to uncover the significance of these keepsakes, taking her from Picasso’s archives in Paris to a secret room in a farmhouse in Auvergne to Long Island to Auschwitz. Freeman pieces together the puzzle of her family’s past, discovering more about the lives of her grandmother and her three brothers, Jacques, Henri, and Alex. Their stories sometimes typical, sometimes astonishing—reveal the broad range of experiences of Eastern European Jews during Holocaust.

This thrilling family saga is filled with extraordinary twists, vivid characters, and famous cameos, illuminating the Jewish and immigrant experience in the World War II era. Addressing themes of assimilation, identity, and home, this powerful story about the past echoes issues that remain relevant today. 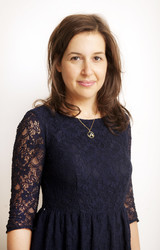 Hadley Freeman is a columnist and writer for the Guardian newspaper in the UK. She was born in New York and lives in London. Her books include Life Moves Pretty Fast, The Meaning of Sunglasses, and Be Awesome, and her work has appeared in Vogue US and UK, New York magazine, Harper’s Bazaar, and many other publications.

"A magnificently vivid re-creation of her Jewish family’s experience of 20th-century Europe, from a Polish shtetl reminiscent of Isaac Bashevis Singer’s stories and Marc Chagall’s art, via Parisian haute couture to the Résistance and Auschwitz, Hadley Freeman’s book is also an acute examination of the roots, tropes, and persistence of anti-Semitism, which makes it an urgently necessary book for us to read right now." —SALMAN RUSHDIE

"If you have a heart, this book will break it. Hadley Freeman forces us to understand the myriad responses of her family members to the anti-Semitism that sent many to their deaths while sparing others. She, like Dostoevksy, has produced a work that must stand as a classic of love and redemption." —CHARLES GLASS, author of Americans in Paris: Life and Death Under Nazi Occupation

“This is an utterly engrossing book: one that manages to be an intimate family history and a meticulously researched account of a shocking period of world history at the same time. It may be an overused term of approbation, but it truly is unputdownable.”—NIGELLA LAWSON

“House of Glass is extraordinary. It reads like a mystery and a memoir and a gripping history of the last century. Armed with a shoebox filled with her grandmother’s keepsakes, Hadley Freeman reconstructs the story of a family that the Holocaust tried to erase. Freeman doesn’t hide from the gray spaces people inhabit during wartime, or shy away from drawing the terrifying parallels to today’s iterations of those ancient hatreds. It’s a brave and wonderful book."—NATHAN ENGLANDER, author of What We Talk About When We Talk About Anne Frank

“It glitters like a diamond—revealing not only the extraordinary story of the Glass family, but the many facets of twentieth-century Jewish experience. Written with lightness and warmth, this book is both timely and timeless.”—HELEN LEWIS, staff writer at The Atlantic and author of Difficult Women: A History of Feminism in 11 Fights

"An affecting and ambitious writer, as well as an exacting historian, Freeman tackles anti-Semitism, Jewish guilt and success. Her family’s drive for social mobility through assimilation often came at the expense of religious tradition and the truth about their past. Without her ancestors’ “extraordinary force of personality,” their bold actions, even those resulting in lasting grief, we wouldn’t be fortunate enough to have Freeman or this exceptional book."—THE WASHINGTON POST

“Going through her late grandmother's closet yields discoveries in a shoebox that propel the author on a decadeslong pursuit through her family's history before, during, and after the Holocaust. Guardian columnist returns with a highly personal, thoroughly and lovingly researched tale of her family…Frightening, inspiring, and cautionary in equal measure.” — KIRKUS (starred review)

“A triumph of research, of accomplished and pacy writing, and of thoughtful analysis…As good as East West Street by Phillippe Sands and The Hare with the Amber Eyes by Edmund de Waal. A wonderful achievement.”—THE BOOKSELLER (Book of the Month)

"I could not put this superb book down: it is a triumph of research, of accomplished and pacy writing, and of thoughtful analysis of what it means to be Jewish today. It is also impossible to read it without shuddering at some of the echoes of the past we hear in extremist politics today."—CAROLINE SANDERSON, Bookseller

"In writing the personal histories of all of her grandmother’s immediate family members, Freeman necessarily writes about the social, cultural, economic and military histories of the various communities in which they lived. Her research is impressive. She meticulously recorded factual details in the manner of a well-trained journalist, ensuring the narrative stands tall against known reliable historical accounts. With a historian’s unflinching loyalty to accuracy, often relying upon unredacted records chronicling official cruelty, Freeman masterfully recreates the very dark atmosphere of the times. Freeman’s skill as a writer [...] provides dimension, character and emotion to the individuals whom we meet and come to know throughout the book. Freeman is also to be commended for the delicate literary touch and neat turns of phrase that she employs to depict situations of high or low drama."—CANADIAN JEWISH NEWS

"The opening pages of House of Glass set a scene out of an exotic romantic thriller, and yet it is an authentic family chronicle, deeply poignant and often heartbreaking."—JEWISH JOURNAL

"A third-generation chronicler of the Holocaust, Freeman is not simply a memoirist, but an interpreter of the silence, silence spanning two generations. [House of Glass] is a deep dive, an illumination of lives previously unknown—a looking glass through which kaleidoscopes of homes destroyed; parents, cousins, and lovers dragged to their deaths; and bodies furtively huddled in dark shadows suddenly appear before our eyes." —ELECTRIC LITERATURE

"This account of a family’s tragic wartime history is flooded with human warmth."—SUNDAY TIMES

"This is a deeply moving book, part history part detective story, part memoir, peopled by colourful and memorable characters that breathe beyond the confines of its pages, their lives stitched into the era in which they lived, while their spirits reach far beyond it."—DAILY MAIL (UK)