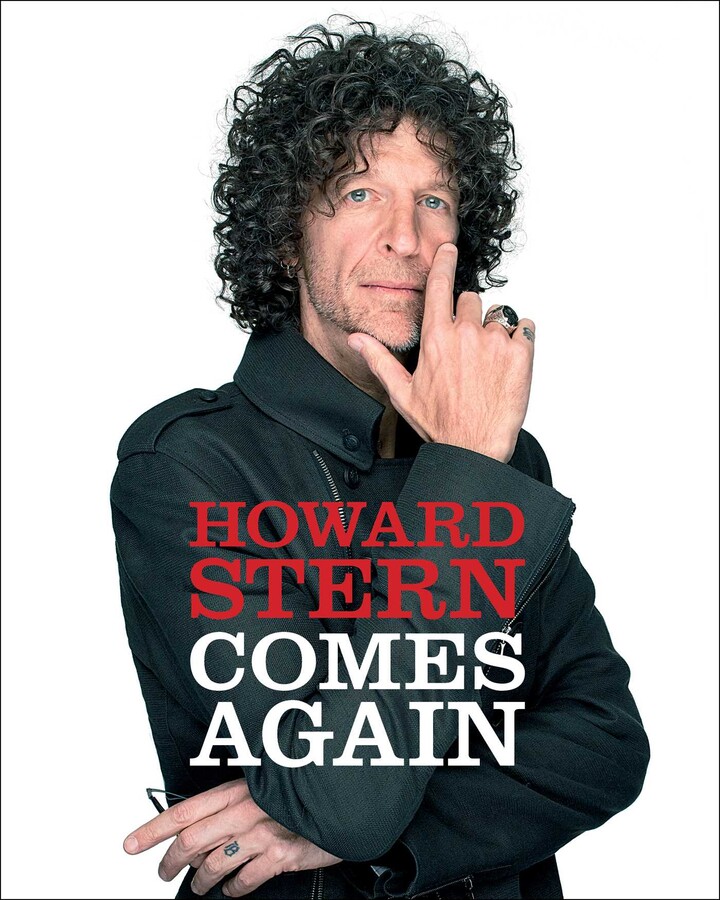 Over his unrivaled four-decade career in radio, Howard Stern has interviewed thousands of personalities—discussing sex, relationships, money, fame, spirituality, and success with the boldest of bold-faced names. But which interviews are his favorites? It’s one of the questions he gets asked most frequently. Howard Stern Comes Again delivers his answer.

This book is a feast of conversation and more, as between the lines Stern offers his definitive autobiography—a magnum opus of confession and personal exploration. Tracy Morgan opens up about his near-fatal car crash. Lady Gaga divulges her history with cocaine. Madonna reminisces on her relationship with Tupac Shakur. Bill Murray waxes philosophical on the purpose of life. Jerry Seinfeld offers a master class on comedy. Harvey Weinstein denies the existence of the so-called casting couch. An impressive array of creative visionaries weigh in on what Stern calls “the climb”—the stories of how they struggled and eventually prevailed. As he writes in the introduction, “If you’re having trouble finding motivation in life and you’re looking for that extra kick in the ass, you will find it in these pages.”

Interspersed throughout are rare selections from the Howard Stern Show archives with Donald Trump that depict his own climb: transforming from Manhattan tabloid fixture to reality TV star to president of the United States. Stern also tells of his Moby Dick-like quest to land an interview with Hillary Clinton in the run-up to the 2016 election—one of many newly written revelations from the author. He speaks with extraordinary candor about a variety of subjects, including his overwhelming insecurity early in his career, his revolutionary move from terrestrial radio to SiriusXM, and his belief in the power of psychotherapy.

As Stern insightfully notes in the introduction: “The interviews collected here represent my best work and show my personal evolution. But they don’t just show my evolution. Gathered together like this, they show the evolution of popular culture over the past quarter century.”

Howard Stern
In addition to revolutionizing the mediums of radio and television, Howard Stern is the author of two bestselling books, Miss America and Private Parts. The latter was turned into a hit film of the same name. He lives and works in New York City.

“[A] hefty all-star tutorial on the art of the interview… It’s the intimacy Stern establishes with his subjects that makes this collection worthwhile.”

“Stern’s decades in radio have unquestionably honed in him the near-mystical ability to get a guest talking freely, which is much, much harder than it looks. Even stripped of his voice — a velvety purr that remains one of the great radio voices — the interviews have palpable chemistry…[The ones] with comedians and talk show hosts, it seems to me, are especially fine. Collectively they serve as an oral history of contemporary comedy in America…More important, the book implicitly raises thorny questions about responsibility, agency and forgiveness, especially in the context of #MeToo and its fraught narratives of personal downfall and potential redemption…These matters are ineluctably complex and subjective, and in this, at least, Howard Stern Comes Again is perfectly of its time.”

“[Stern] wrote lively introductions for each interview. He also composed an introduction that is detailed and charming, autobiographical but also self-reflectively honest…It is, on a number of levels, a terrific book. Only two of its interviews (one with Trump and another with Ozzy Osbourne) are from the pre-Sirius era, when his obsession with ratings combined with his self-absorption ‘didn’t lend itself to doing serious interviews.’ They are, as you will read, serious now. He deeply researches all of his guests and he is able to get honest emotions and genuine insights from most of them. Yes, his radio shows can still dip into tawdry territory and he remains wildly funny and provocative. His interviews sparkle.”

“What Howard Stern Comes Again underscores for those who might only view him as the prurient Pied Piper of his early career is his evolution from self-absorbed, mean-spirited attack dog to a thoughtful enquirer with genuine interest in his interview subjects. That the book is a gorgeous compendium – a bit like a mini-coffee table construct – is testament to Stern’s seriousness about the topic…Even though “Howard Stern Comes Again” emphasizes the guests who have sunk into Stern’s studio couch, his voice is always prominent as a narrator and guide through these engrossing dives into the lives of others…[R]eading these interviews instead of hearing them in their natural habitat elevates the process to a different level of engagement – wanting to guess and hope what Stern will ask next (and this is a guy who isn’t afraid to delve).”

“The real story isn’t about how Howard Stern had changed; it’s about how he helped us change, making American culture a kinder and more soulful place by displaying the same passionate commitment to truth-telling that once burned brightly in the old Hebrew prophets…The prophets have always lived among the people they sought to sway back toward righteousness. Comport yourself as my moral and intellectual better, and I’ll either shrug my shoulders and ignore you or contemplate giving you the finger; speak to me like an equal, and I’ll listen. Stern the equalizer is on display on every page of his terrific new book. The move from audio to print does nothing to rob his conversations with the mighty—Madonna and Colbert, Paul McCartney and Joan Rivers, Amy Schumer and Donald Trump—of their energy and intimacy. Instead, they now read like a hopeful historical transcript, a steady stream of irrefutable grace amid an increasingly barren cultural terrain.”

“Howard Stern Comes Again is proof that radio’s bad boy has finally reached adulthood. The King of All Media rose to the top of his field by triggering fights, recruiting unstable regulars and poking at guests. But this collection of celebrity interviews, most of which were conducted on his satellite radio show during the past five years, shows off Stern’s skills as a journalist tapping into his innate sense of curiosity and deep well of compassion…It’s hard to imagine many other personalities convincing Jon Stewart to open up about his split with his father, Michael J. Fox to detail his battle with alcoholism or Gwyneth Paltrow to relive her romance with Brad Pitt, but Stern makes the revelations seem like casual conversations over brunch. There’s a heavy focus on his interviews with fellow talk show hosts—David Letterman, Ellen DeGeneres, Bill O’Reilly and Conan O’Brien all made the cut—but it’s a kick tracking how his peers react to being on the other side of the microphone.”