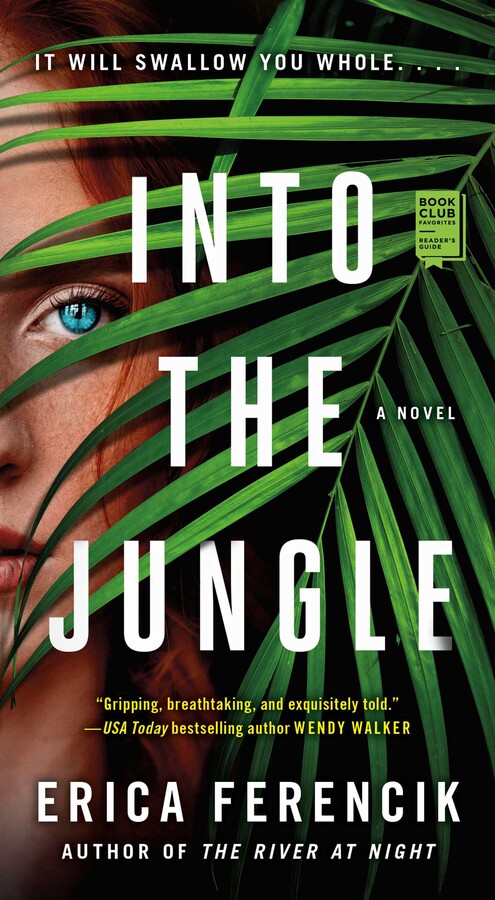 In this “hypnotic, violent, unsparing” (A.J. Banner, USA TODAY bestselling author) thriller from the author of the “haunting, twisting thrill ride” (Megan Miranda, New York Times bestselling author) The River at Night, a young woman leaves behind everything she knows to take on the Bolivian jungle, but her excursion abroad quickly turns into a fight for her life.

Lily Bushwold thought she’d found the antidote to endless foster care and group homes: a teaching job in Bolivia. As soon as she could steal enough cash for the plane, she was on it.

When the gig falls through, world-weary Lily decides to stay in Bolivia when an intense passion finds her in the form she least expected: Omar, a savvy, handsome local man who’d abandoned his life as a hunter in Ayachero—a remote jungle village—to try his hand at city life.

When Omar learns that a jaguar has killed his four-year-old nephew in Ayachero, he gives Lily a choice: Stay alone in the unforgiving city, or travel to the last in a string of ever-more-isolated river towns in the jungles of Bolivia. Thirty-foot anaconda? Puppy-sized spiders? Vengeful shamans with unspeakable powers? Lovestruck Lily is oblivious. She follows Omar to this ruthless new world of lawless poachers, bullheaded missionaries, and desperate indigenous tribes driven to the brink of extinction. To survive, Lily must navigate the jungle—its wonders as well as its terrors—using only her wits and resilience.

This reader’s guide for Into the Jungle includes an introduction, discussion questions, and ideas for enhancing your book club. The suggested questions are intended to help your reading group find new and interesting angles and topics for your discussion. We hope that these ideas will enrich your conversation and increase your enjoyment of the book.

Lily Bushwold thought she’d found the antidote to endless foster care and group homes: a teaching job in Cochabamba, Bolivia. As soon as she could steal enough cash for the plane, she was on it.

But when the gig falls through and Lily stays in Bolivia, she finds bonding with other broke, rudderless girls at the local hostel isn’t the life she wants either. Tired of hustling and already world-weary, crazy love finds her in the form she least expects: Omar, a savvy, handsome local man who’s abandoned his life as a hunter in Ayachero—a remote jungle village—to try his hand at city life.

When Omar learns that a jaguar has killed his four-year-old nephew in Ayachero and decides to go back, love-struck Lily goes along, following Omar into a ruthless new world of lawless poachers, bullheaded missionaries, and desperate indigenous tribes driven to the brink of extinction. To survive, Lily must navigate the jungle—its wonders as well as its terrors—using only her wits and resilience.

1. At the beginning of Into the Jungle, Lily describes herself as “a half-starved, high-strung wild child” (page 7). What were your initial impressions of Lily? Did you like her? Why or why not? What factors contributed to Lily’s wild nature?

2. Discuss the epigraph that begins Into the Jungle. Why do you think Ferencik choose to include it? How does it frame your understanding of the narrative? Who were the shamans that you encountered in Into the Jungle? How did they use their powers? What do you think makes a shaman worthy of the title?

3. Describe Omar. Would you have responded to his initial overture? Why does Lily? When Omar shows up at the Versailles the day after meeting Lily as promised, Lily says that it was “just a simple promise kept, but it gleamed and sparkled” (page 27). Explain her reaction. Even though Omar has shown himself to be trustworthy, Lily initially lies to him about her background. Why do you think she does so? What did you think of her lies?

4. Although Lily has been told that life in the jungle is hard and unforgiving, she “had begun to conjure some fairy-tale magical life under the stars in ‘nature,’ away from the filth and noise of the city” (page 43). Compare Lily’s imaginings of life in the jungle with the reality. How does she first react to life in Ayachero? What is her day-to-day life like and what challenges does she face? Why does she decide to go despite the warnings that she receives? What would you do if you were in her position?

5. Early in the novel, Lily muses, “Sex was nothing, or it was a violence, a currency; love a ruse” (page 31). What did you think of Lily’s views of love? Do her thoughts on sex and love evolve throughout the novel? If so, how and why?

6. When Lily first sees the Frannies, she is “struck by how American [their wave] looked and felt” (page 83) and wonders whether she is as brash and loud as she finds them. Were you surprised by Lily’s reaction to them? Why or why not? Who are the Frannies and what are they doing in the jungle? FrannyB describes the jungle as a “brutal place” (page 84). Compare her view of the jungle to that of Lily and Omar. How and why do their perspectives differ?

7. Omar questions Lily’s desire to know “everything,” saying, “You think knowing everything is good, Lily. Is that an American thing?” (page 97). How does Omar’s view on knowledge vary from Lily’s? Why does Omar see withholding information as an act of protection? Do you agree with his perspective? Why or why not? Are there other notable cultural differences between the two of them? What do the people of Ayachero initially think of Lily?

8. Lily describes putting on her backpack as “a move that always comforted me” (page 76). Why does this action give her a sense of security? How does her backpack serve as a talisman? Do you have any objects in your life that provide you with a sense of comfort? What are they and why?

9. For God’s Sake plays an important role in the lives of many in the jungle. Who is he and how did he come to receive his name? For God’s Sake tells Lily, “sometimes I feel like I am the devil to wear four faces” (page 197). What are those “four faces” and why does For God’s Sake feel he needs to occupy each of the roles? How do each of the different groups he interacts with view him? What did you think of him and why?

10. Many of the inhabitants of Ayachero fear Beya. Discuss some of the stories that they share about her. Why is she shrouded in so much mystery? What did you think of Beya when you first encountered her? How did the mythology surrounding the woman compare with the reality of who she was? Lily confesses that “Beya obsessed me” (page 138). Why is she fascinated with Beya? Can you think of any similarities between the two women? Did you agree with Lily’s decision to go into the jungle to seek her out? Explain your answer.

11. Lily says, “I couldn’t remember having a more joyous day in Ayachero” (page 190) when recounting the afternoon that she spent working with many of the villagers to repair netting with her newly acquired sewing machine. What makes the day so special to Lily? Why do you think that Lily derives so much pleasure from working? Describe the ways in which her views on work evolve throughout the novel.

12. Omar writes that, although it may sound contradictory, he “believe[s] the only way to save the jungle is bringing people from all over the world to see it” (page 36). What threats does the jungle face? Why does Omar think that showing the jungle to outsiders may encourage more conservation? What do you think? How would you go about raising awareness for the need to conserve the jungle?

14. When Omar first attempts to appeal to Splitfoot, the chief of the Tatinga tribe, using their shared history, Splitfoot dismisses him, saying, “That was before you became a white man, as far as I can tell” (page 275). Explain Splitfoot’s statement. Why does he view Omar’s time outside of the jungle negatively? What are some of the views that Splitfoot and the rest of his tribe hold? How do the Ayachero villagers view them?

1. One of the items that Lily carries in the backpack that she takes everywhere is a worn-out copy of Charlotte’s Web that she stole from her last group home. She says, “I had no explanation for why this little pig’s life saved by the efforts of the spider who really loved him tore my guts out. I only knew that the story had gotten to me . . . but also gave me hope that I could—someday—overcome my wordless sorrow” (page 12). If you haven’t read Charlotte’s Web, do so and discuss it with your book club. Why do you think the book resonated with Lily? Are there any books from your childhood that have stuck with you? If so, tell your book club about them and consider having a childhood classic themed book club meeting.

2. While waiting for Omar in the jungle heat, Lily “thought of the parts of America I missed: Dairy Queen, the movies, candy bars, Cheerios, malls, scented soap, libraries, fall leaves, snow; things Omar had never seen, had no interest in seeing” (page 2). Have you ever been far away from your native home? Did you miss anything specific? If you haven’t, are there particular parts of your home that you love and think you would be nostalgic for? What are they? Share some of your favorite things about your birthplace with your book club. What is it about these things that you love?

3. When Lily visits the Frannies, FrannyB offers Lily her copies of books by Jane Austen and Charlotte Brontë. FrannyB explains that “A’s a big fan of that Victorian stuff . . . she’s a bit of a romantic, so . . .” (page 173). Why do you think FrannyA took those particular books with her? If you were moving to a distant location and could only take three or four books, what would you take with you and why?

4. To learn more about Erica Ferencik, request that she visit your book club, read about her other writings, and more, visit her official site at EricaFerencik.com. 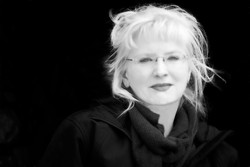 Erica Ferencik is a graduate of the MFA program in creative writing at Boston University. Her work has appeared in Salon and The Boston Globe, as well as on NPR. Find out more on her website EricaFerencik.com and follow her on Twitter @EricaFerencik. She is the author of The River at Night and Into the Jungle.