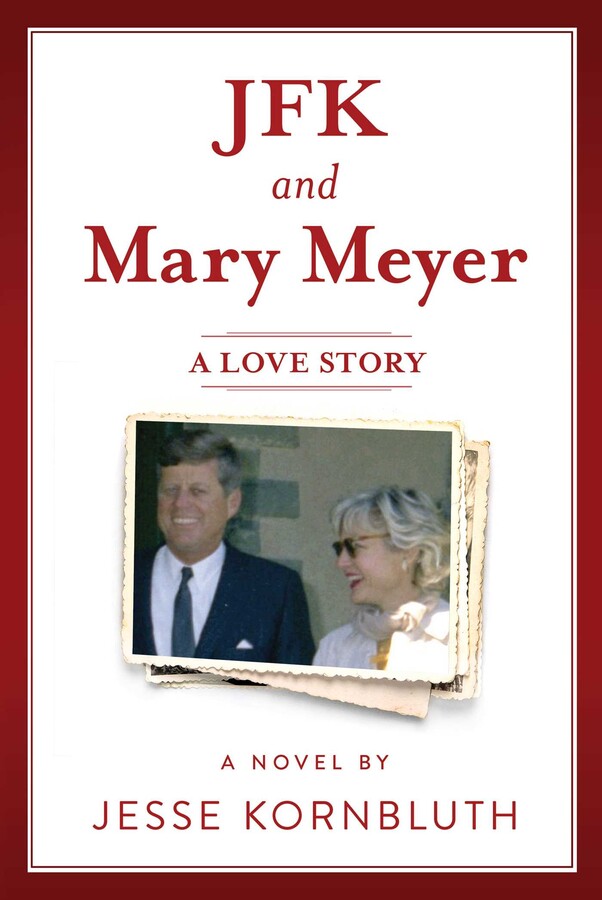 Mary Pinchot Meyer was possibly the only woman John F. Kennedy ever loved. Follow their affair in this fictional diary of the woman murdered for asking too many questions after the JFK assassination.

John F. Kennedy said he needed sex every three days or he got a headache. In the White House, he never had a headache. Kennedy met Mary Pinchot in 1935, when he was eighteen and she was sixteen. Twenty years later, when she was living in Virginia and married to Cord Meyer, a high-ranking CIA official, she was Jack and Jackie Kennedy’s next-door neighbor. In 1962, she was an artist, divorced, living in Washington—and Kennedy’s first serious romance. Mary Pinchot Meyer was more than a bedmate. She was Kennedy’s beacon light: his sole female adviser, spending mornings in the Oval Office, and, at night, discussing issues. After the 1964 election, Kennedy said, he would divorce Jackie and marry her.

After the assassination, Mary didn’t believe Lee Harvey Oswald acted alone, and she shared that view, loudly and often, in Washington’s most elite circles. Her ex-husband urged her to be silent, but when the report of the Warren Commission was released, she was even more loudly critical.

On October 10, 1964, two days before her forty-forth birthday, as she walked in Georgetown, a man shot her in the head and the heart. That night, Mary's best friend called her sister. “Mary had a diary,” she said. “Get it.”

The diary was filled with sketches, notes for paintings—and ten pages about an affair with an unnamed lover. Her sister burned it. In JFK and Mary Meyer: A Love Story, Jesse Kornbluth recreates the diary Mary might have written. Working from a timeline of Kennedy’s presidency and every documented account of their public relationship, he has written a high-octane thriller that tracks this secret, doomed romance—and invites readers to solve Mary’s murder.

“A delicious, gripping recreation of a compelling mystery told in a voice full of secrets and charm. Jesse Kornbluth has written a page-turner brought alive by expert social detail and poignant insights.”
—TINA BROWN, CEO of Tina Brown Live Media and author of the #1 New York Times-bestseller, The Diana Chronicles

“A ‘secret history’ as poised, witty, and elegantly seductive as its heroine. Jesse Kornbluth’s means are deceptively simple—a deftly imagined diary and its Pale Fire-like footnotes—but his accomplishment is all the more devastating for that. JFK and Mary Meyer: A Love Story delivers all the immense glamour, corruption, and intrigue of the Kennedy moment in a toothsome chocolate box of a book. You’ll want to gobble it up in a single sitting.”
—STEVEN SCHIFF, writer/producer of the TV series The Americans

“Jesse Kornbluth’s fact-based novel is a quiet tour de force, a cross between F. Scott Fitzgerald and Noel Coward, with more than a touch of John Le Carre.”
—DEBORAH DAVIS, author of Katharine the Great: Katharine Graham and Her Washington Post Empire

“A rumored affair, a burned diary, and a string of what-ifs are the potent ingredients Jesse Kornbluth blends to create this heady cocktail of a novel. Under the fizz and froth lies a deeper tale about self-awareness and self-delusion, power and patronage, and—oh yes—murder and intrigue.”
—CHRISTINA BAKER KLINE, #1 New York Times bestselling author of Orphan Train and A Piece of the World

“You look to guys like Jesse Kornbluth for books like this one, and thank God we’ve got him. Obsessively researched, cuttingly wise, Kornbluth turns Mary Meyer from a footnote in the story of JFK into a star.”
—LUCIAN TRUSCOTT IV, author of the New York Times bestseller Dress Gray