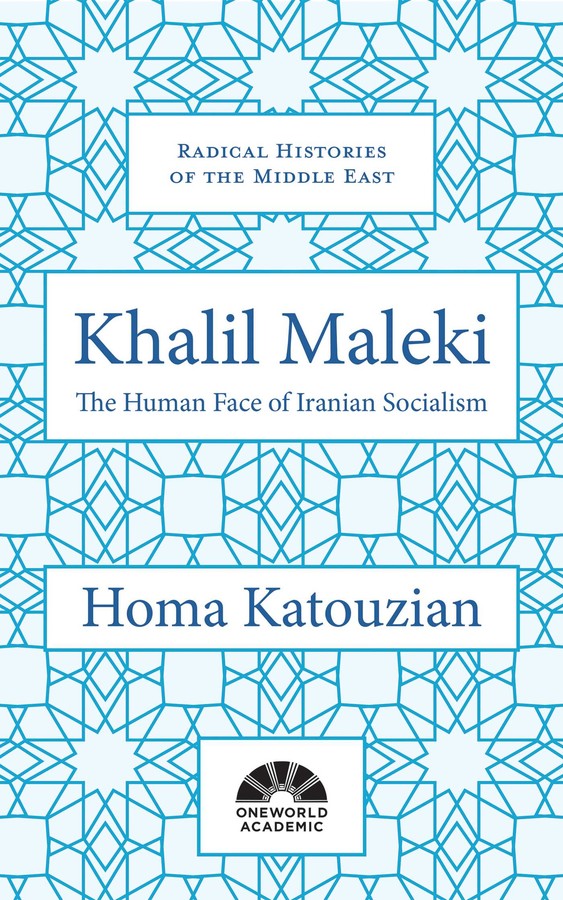 The Human Face of Iranian Socialism

Khalil Maleki (1901–1969) was a selfless campaigner for democracy and social welfare in twentieth-century Iran. His was a unique approach to politics, prioritising the criticism of policies detrimental to his country’s development over the pursuit of power itself. An influential figure, he was at the centre of such formative events as the split of the communist Tudeh party, and the 1953 coup and its aftermath.

In an age of intolerance and uncompromising confrontation, Maleki remained an indefatigable advocate for open discussion and peaceful reform – a stance that saw him jailed several times. This work makes a compelling case for him to be regarded among the foremost thinkers of his generation.

Dr Homa Katouzian is the editor of Iranian Studies and Iran Heritage Foundation Research Fellow of St Antony's College, Oxford University. He is author of numerous books on Iranian Literature, History and Society.

‘Khalil Maleki is not only an authoritative and insightful account of the political life and ideas of Iran’s foremost democratic socialist during the middle decades of the twentieth century, but an erudite and incisive analysis of the country’s intellectual and political history through that fateful century. It is based on a wealth of primary sources and the author’s own lifetime of prodigious scholarship.’

‘A major contribution to the recovery of the rich, but lesser-known, tradition of the Iranian Left. Khalil Maleki’s life, and his intellectual journey, tell the story of the complicated road Iran travelled in its desire to achieve a “national” modernity, and to be at “home” with the modern world. In this context, Dr Katouzian’s work deserves considerable scholarly attention for its achievement.’

‘Drawing on his lifetime’s work on Iranian modern history, Homa Katouzian has provided us with a rich and authoritative account of Khalil Maleki’s political and intellectual life.’

The Human Face of Iranian Socialism

More books in this series: Radical Histories of the Middle East