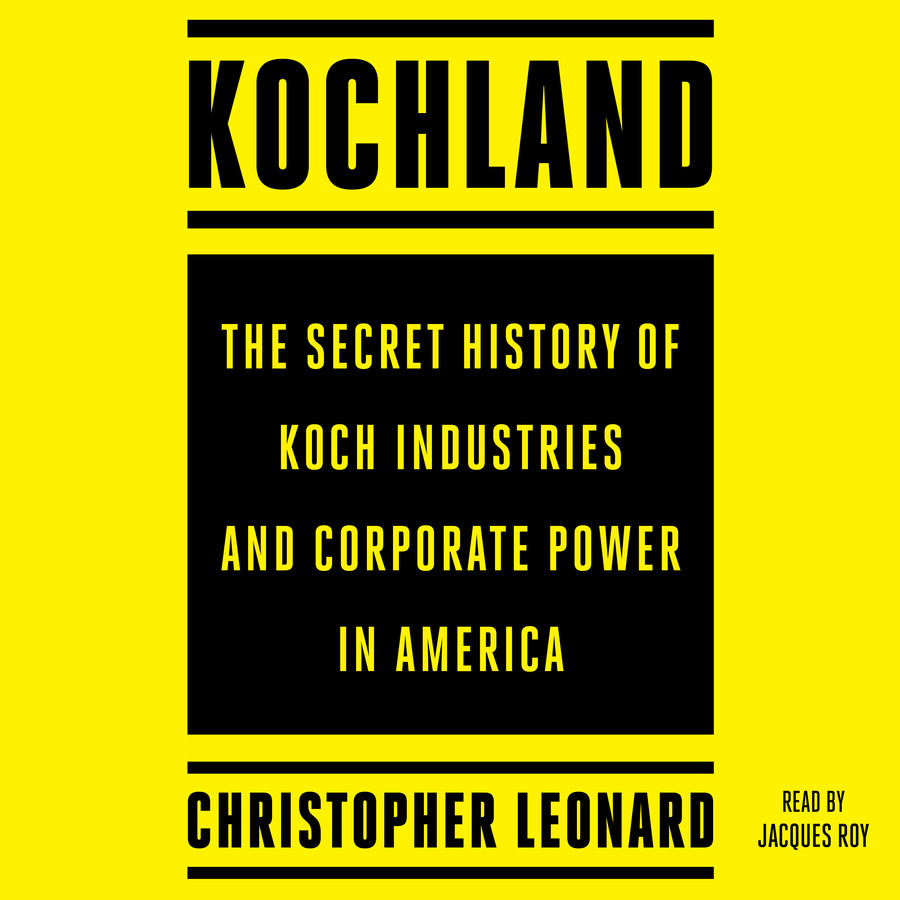 Just as Steve Coll told the story of globalization through ExxonMobil and Andrew Ross Sorkin told the story of Wall Street excess through Too Big to Fail, Christopher Leonard’s Kochland uses the extraordinary account of how one of the biggest private companies in the world grew to be that big to tell the story of modern corporate America.

The annual revenue of Koch Industries is bigger than that of Goldman Sachs, Facebook, and US Steel combined. Koch is everywhere: from the fertilizers that make our food to the chemicals that make our pipes to the synthetics that make our carpets and diapers to the Wall Street trading in all these commodities. But few people know much about Koch Industries and that’s because the billionaire Koch brothers have wanted it that way.

For five decades, CEO Charles Koch has kept Koch Industries quietly operating in deepest secrecy, with a view toward very, very long-term profits. He’s a genius businessman: patient with earnings, able to learn from his mistakes, determined that his employees develop a reverence for free-market ruthlessness, and a master disrupter. These strategies made him and his brother David together richer than Bill Gates.

But there’s another side to this story. If you want to understand how we killed the unions in this country, how we widened the income divide, stalled progress on climate change, and how our corporations bought the influence industry, all you have to do is read this book.

Seven years in the making, Kochland “is a dazzling feat of investigative reporting and epic narrative writing, a tour de force that takes the reader deep inside the rise of a vastly powerful family corporation that has come to influence American workers, markets, elections, and the very ideas debated in our public square. Leonard’s work is fair and meticulous, even as it reveals the Kochs as industrial Citizens Kane of our time” (Steve Coll, Pulitzer Prize–winning author of Private Empire). 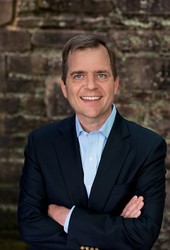 Christopher Leonard is a business reporter whose work has appeared in The Washington Post, The Wall Street Journal, Fortune, and Bloomberg Businessweek. He is the critically acclaimed author of the New York Times bestseller Kochland, which won the J. Anthony Lukas Work-in-Progress Award, and The Meat Racket.

“Superb… Among the best books ever written about an American corporation… Not since Andrew Ross Sorkin’s landmark Too Big to Fail (2009) have I said this about a book, but Kochland warrants it: If you’re in business, this is something you need to read.”
— Bryan Burrough, The New York Times Book Review

“Kochland is a dazzling feat of investigative reporting and epic narrative writing, a tour de force that takes the reader deep inside the rise of a vastly powerful family corporation that has come to influence American workers, markets, elections, and the very ideas debated in our public square. Leonard’s work is fair and meticulous, even as it reveals the Kochs as industrial Citizens Kane of our time.”
— Steve Coll, Pulitzer Prize-winning author of Private Empire

“Leonard’s visionary, decade-spanning, and heart-rending investigation into the Koch Empire is indispensable not just for understanding the rise of corporate power in America, but for understanding America itself. Kochland will take its place alongside Chernow’s Titan and Coll’s Private Empire as one of the great accounts of American capitalism.”
— Jesse Eisinger, Pulitzer Prize winner and author of The Chickenshit Club

“A Robert Caro-like narrative of business and political power with a brilliant, ruthless, and fascinating monopolist at its center. Leonard devoted eight years to this gem of a book, seeking to understand the mysterious Charles Koch and the Goliath he has taken a half century to construct.”
— Ken Auletta, New York Times bestselling author of Googled

“Deeply and authoritatively reported... [Kochland] marshals a huge amount of information and uses it to help solve two enduring mysteries: how the Kochs got so rich, and how they used that fortune to buy off American action on climate change.”
— Jane Mayer, The New Yorker

“Impressive… A corporate history, lucidly told, about the enormous energy conglomerate that has inserted itself into nearly every aspect of daily life, raking in billions along the way.”
— The New York Times

“This is fast-paced business history. An episode about ammonia runoff at an oil refinery keeps you turning pages like a John Grisham thriller.”
— NPR.org

“With deep reporting and narrative flair, Leonard has rendered a revealing portrait of the Koch family as ruthless businessmen and savvy political operatives who quietly built an empire and defined the face of American capitalism and its hold on Washington over the last fifty years.”
— William Cohan, New York Times bestselling author of House of Cards

“Impressive… Kochland is the most definitive account yet of how one of America’s richest and most powerful families amassed its fortune.”
— The Washington Post

“If you want a crash course in the evolution of postmodern capitalism over the last five decades read Kochland.”
— New York Journal of Books

SEE ALL
See more by Jacques Roy
Thank you for signing up, fellow book lover!