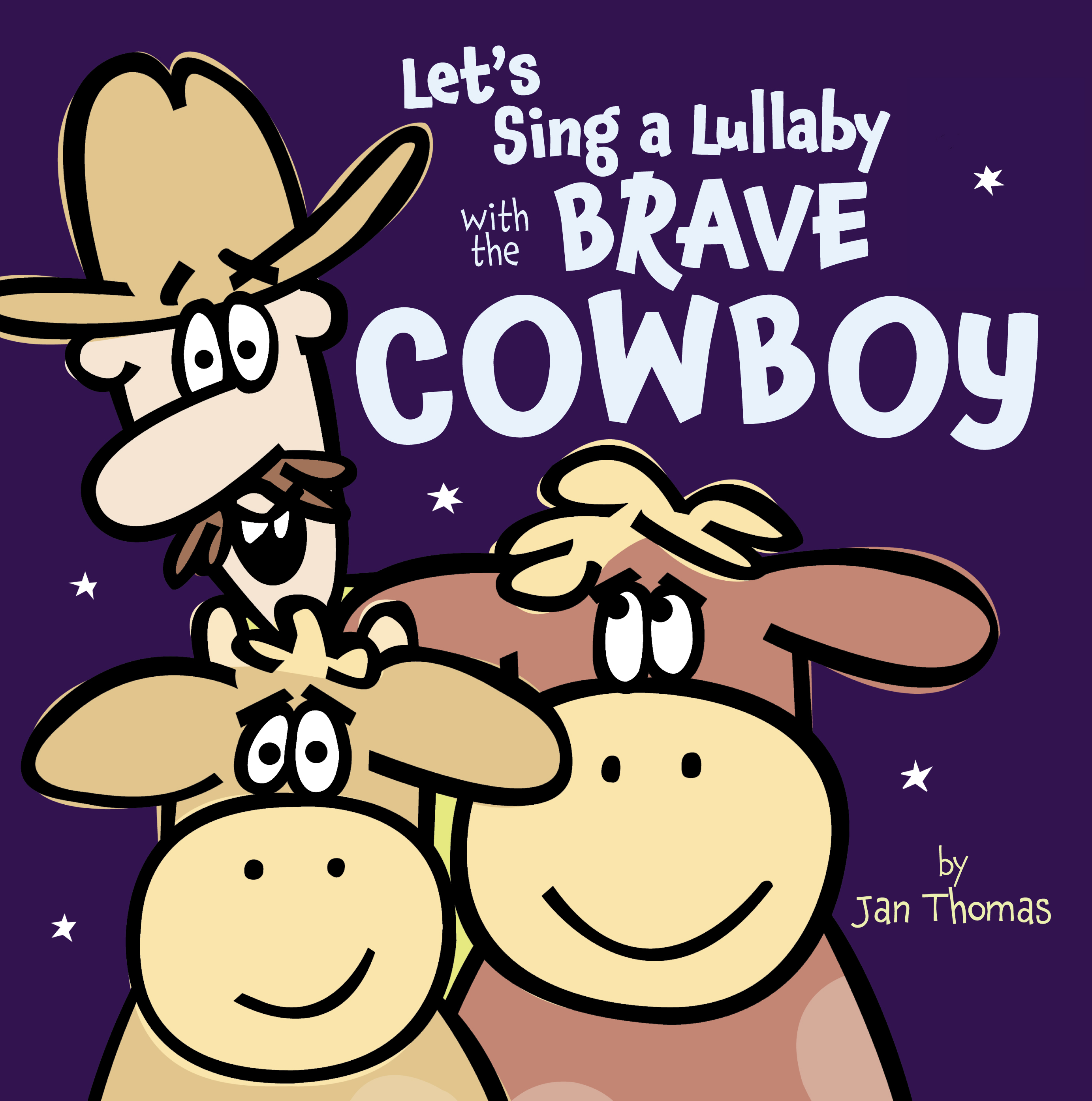 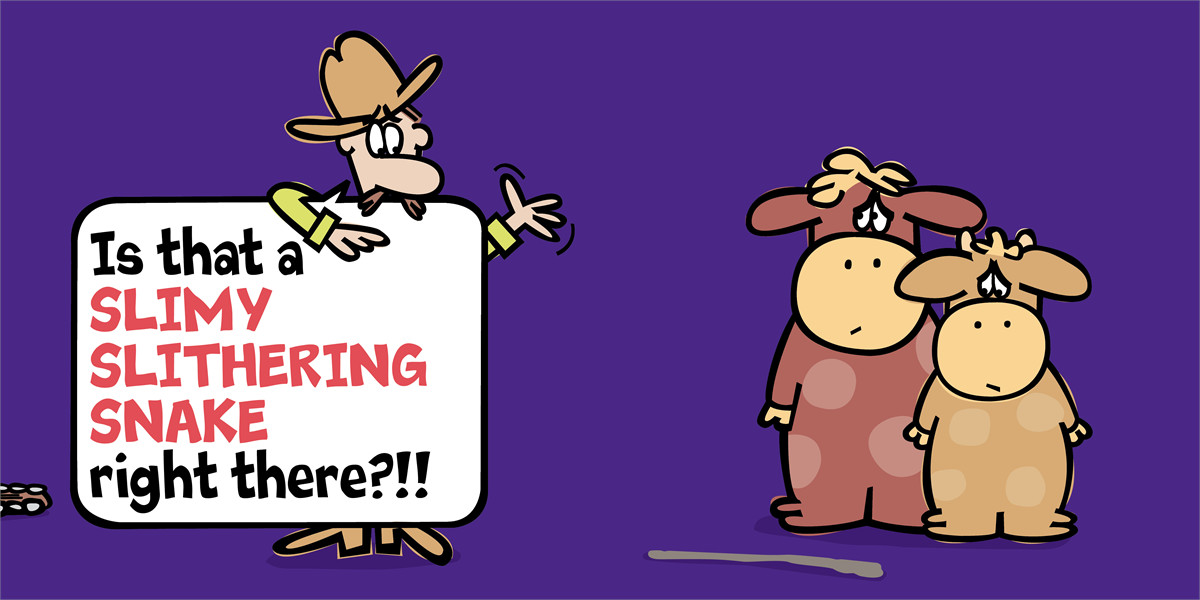 Let's Sing a Lullaby with the Brave Cowboy

This playful picture book from Jan Thomas features a courageous cowboy who croons to his cows before bed—with just a few fearful interruptions.

Join the Brave Cowboy as he tries to sing his young calf pals to sleep on a dark, dark night—EEEEEEEK! IS THAT A HUGE HAIRY SPIDER OVER THERE? Oh, it’s just a flower? Well then, back to the lullaby.
No one does preschool humor with Jan Thomas’s wit, verve, and bold, snappy color. And her Brave Cowboy and his silly, interrupted lullaby are sure to get everybody singing—before they head off into cozy dreamland…. 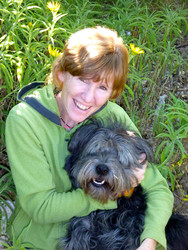 * “Silliness abounds as a not-very-bright, not-very-brave cowboy croons his cows to sleep. Once again, Thomas, a master at working nonsensical mayhem with her characters, succeeds in this variation of a goodnight story. A guitar-strumming cowboy has the best of intentions when he begins his lullaby to two sleepy cows. Alas, he is too easily frightened by visions of spiders, snakes and bears, but the cows reassure him. When real danger approaches in the shape of a wolf, the clueless cowboy thinks it is just a bunny rabbit. The cows know better—or do they? Thomas uses her signature style of digitally rendered comic art to create a passel of endearing characters. Their very expressive faces, outlined in bold strokes of black, stand out against the intense blues and purples of the desert background. Speech bubbles with exploding type add to the bedlam. Don’t save this for bedtime to share. A terrific story to read and sing, with a most satisfying finale.”

“Those who know and love Thomas will guess that the title of her latest is a clue that something is afoot. In this case, it’s the word “Brave,” because the titular cowboy is anything but…. Like Thomas’s other stories, this one is ostensibly as uncomplicated as her big, loopy cartooning. But it’s actually a little gem of sketch comedy, drawing on a deep understanding of how timing, repetition, and modulation can make a story both fun to read aloud and a guaranteed laugh-getter, time and time again.”

“In this, as in Thomas’ other comically manic crowd-pleasers, the only thing wrong is that it’s all over so quickly.”'

“Jan Thomas (Is Everyone Ready for Fun?) creates the perfect bedtime setup: a "brave cowboy" out to yodel his cows to sleep with a little bedtime melody under the stars.

The only problem is that he keeps interrupting his own song with not-so-brave exclamations about all the things he sees in the dark…. But even the wolf in this book wants a lullaby. Thomas's signature bold outlines and blocks of saturated color will appeal to even youngest readers, and the typography--which gets larger and smaller in its speech-bubbles as the action requires--gets the emotions across. This book's great structure, friendly artwork and potential for read-aloud silliness are sure to make this a favorite far beyond bedtime.”

Let's Sing a Lullaby with the Brave Cowboy