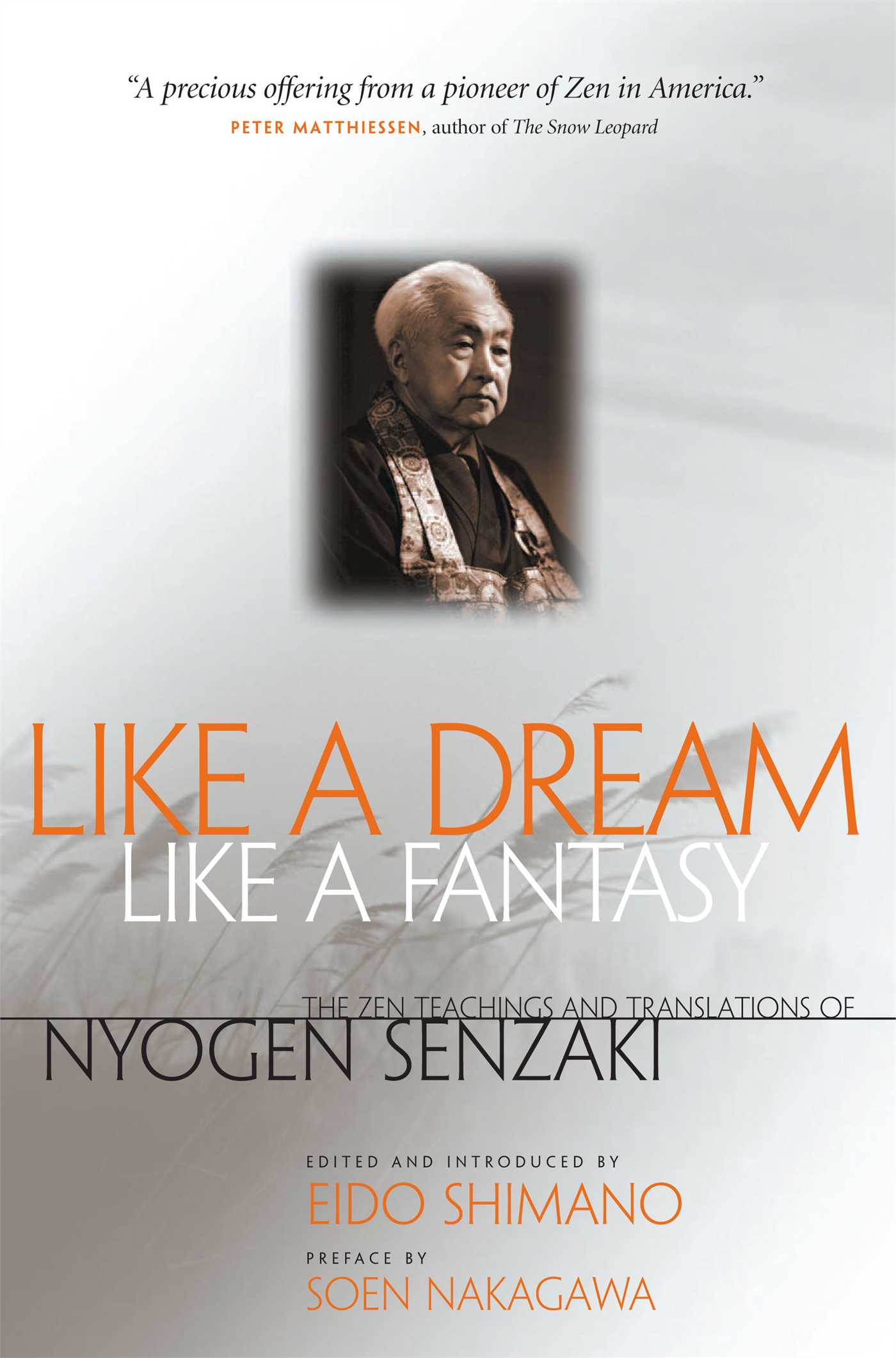 The Zen Teachings and Translations of Nyogen Senzaki

Just as D.T. Suzuki introduced the West to Zen philosophy, Nyogen Senzaki helped introduce it to Zen practice, becoming the first great Japanese meditation master to fully immerse himself in the everyday life of America. Like a Dream, Like a Fantasy collects many of his talks, essays, and poetry into one fascinating volume that offers an intimate, in-depth look at one ofWestern Zen's earliest pioneers.

Nyogen Senzaki, a colleague of Dr. D.T. Suzuki, was one of the first Zen masters to come from Japan to the United States. He founded the first Zen organizations in the new world, in California. He died in 1958.

"Nyogen Senzaki will always be remembered as one of the great patriarchs of American Zen. His impact on the transmission of Zen to the West is remarked upon in every study of the subject and yet his own writings and teachings have until now been difficult to find. An excellent collection was [previously published] and a reissue never went to press. Thankfully, Wisdom Publications is publishing it under the title Like A Dream, Like a Fantasy: The Zen Writings and Translations of Nyogen Senzaki. From the moving and informative new introduction by Eido Shimano Roshi, to the last words of Senzaki himself, this volume offers abundant testimony to the master's ability to present the Zen tradition with directness and humor. This long overdue publication will make Nyogen Senzaki's inimitable voice available to a new generation of readers and students."

"This collection will benefit all who read it."

– Sakyong Mipham Rinpoche, author of Turning the Mind into an Ally

"A precious offering from a pioneer of Zen in America. Reflecting the words of the great teachers, from Sakyamuni to his own Soyen Shaku, Nyogen's wonderful poems and commentaries deriving from his lifelong studies and his many decades in America (including long years of internment during World War II) sparkle with treasures small and large, each of them luminous with the immaculate humility of heart found in this true man-of-no-rank."

"Fearless and free-thinking, Nyogen Senzaki was the first great Buddhist teacher to immerse himself fully and without reservation in American life. The teachings and poems in this volume are as fresh, direct, and timeless as when they were first spoken."

"One of the first Zen masters to emigrate from Japan to the United States, Nyogen Senzaki's teachings and practice-centers influences a generation of Western Zen practitioners. A striking collection that resonates both as a chronicle and a companion, Like a Dream, Like a Fantasy is a powerful and informative book that sparkles with numerous treasures, including Nyogen Senzaki's essential talks, essays, and poetry."

The Zen Teachings and Translations of Nyogen Senzaki