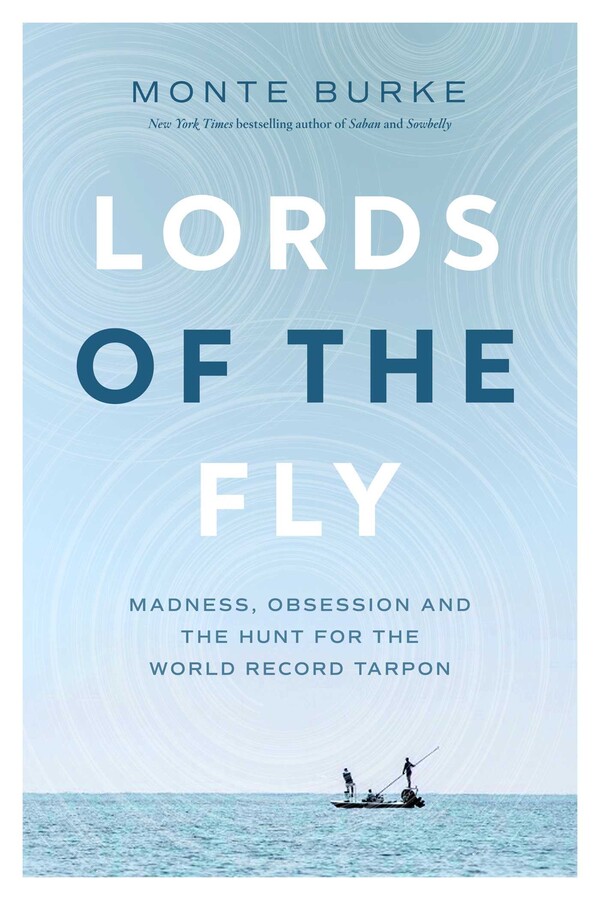 Lords of the Fly

Madness, Obsession, and the Hunt for the World Record Tarpon

From the bestselling author of Saban, 4th and Goal, and Sowbelly comes the thrilling, untold story of the quest for the world record tarpon on a fly rod—a tale that reveals as much about Man as it does about the fish.

In the late 1970s and early 1980s, something unique happened in the quiet little town on the west coast of Florida known as Homosassa. The best fly anglers in the world—Lefty Kreh, Stu Apte, Ted Williams, Tom Evans, Billy Pate, and others—all gathered together to chase the same Holy Grail: The world record for the world’s most glamorous and sought-after fly rod species, the tarpon.

The anglers would meet each morning for breakfast. They would compete out on the water during the day, eat dinner together at night, socialize, and party.  Some harder than others. The world record fell nearly every year. But records weren’t the only things that were broken. Hooks, lines, rods, reels, hearts, and marriages didn’t survive, either. The egos involved made the atmosphere electric. The difficulty of the quest made it legitimate. The drugs and romantic entanglements that were swept in with the tide would finally make it all veer out of control.

It was a confluence of people and place that had never happened before in the world of fishing and will never happen again.  It was a collision of the top anglers and the top species of fish which would lead to smashed lives for nearly all involved, man and fish alike.

In Lords of the Fly, Burke, an obsessed tarpon fly angler himself, delves into this incredible moment.  He examines the growing popularity of the tarpon, an amazing fish has been around for 50 million years, can live to 80 years old and can grow to 300 pounds in weight. It is a massive, leaping, bullet train of a fish.  When hooked in shallow water, it produces “immediate unreality,” as the late poet and tarpon obsessive, Richard Brautigan, once described it.

Burke also chronicles the heartbreaking destruction that exists as a result—brought on by greed, environmental degradation, and the shenanigans of a notorious Miami gangster—and how all of it has shaped our contemporary fishery.

Filled with larger-than-life characters and vivid prose, Lords of the Fly is not only a must read for anglers of all stripes, but also for those interested in the desperate yearning of the human condition.

Monte Burke is the author of the New York Times bestseller, Saban: The Making of a Coach, a biography of Alabama head coach, Nick Saban. He is also the author of 4TH And Goal: One Man's Quest to Recapture His Dream, which won an Axiom Award for biography, and Sowbelly: The Obsessive Quest for the World Record Largemouth Bass, which was named one of the best books of the year by Sports Illustrated and Amazon, and was chosen for Barnes & Noble's "Discover Great New Writers" program. After a 14-year stint as a reporter, staff writer and editor at Forbes, he is now a contributing editor at the magazine. He is also a contributing editor at Garden & Gun and The Drake. Connect with him via Twitter @monteburke, or through monteburke.com.

"I distinctly remember the first tarpon I hooked. After about a half-dozen leaps that would leave an audience at Sea World slack-jawed, I looked up at the end of my fly rod bent against the horizon and thought: 'Good God, I've got a dinosaur on a stick!' A tarpon is one of the greatest creatures in the sea. Lords of the Fly gets to the heart of why. You will love this book.”

"This is a story of the obsessed, unhinged, and often brilliant dreamers who chase giant tarpon—a primeval fish with breathtaking glamour and ungodly strength. The thrill of hooking one on a fly rod is impossible to exaggerate, so you can believe every word of Monte Burke’s funny, wistful, wonderful book. He’s clearly as sick as the rest of us."

"In Monte Burke’s Lords of the Fly we are treated to an exquisitely detailed portrait of tarpon, its mysterious habits, its place in history, in art, in Biblical lore. But it is the fish’s extraordinary fusion of power and speed and its prehistoric majesty and its ferocious fight that attracted a flamboyant cast of characters who shared the obsessive drive to land a world record tarpon or simply to have one of those high-flying monsters on the end of their fly line. In witty and muscular prose, Burke ties together these disparate elements as neatly and beguilingly as a well-crafted tarpon fly."

"Monte Burke is a superb researcher with an ear for lyricism that does not degrade into poetic gobbledygook. The story he weaves makes Lords of the Fly the most compelling non-fiction book I’ve read in years."

Finally, a book about tarpon and the obsessed anglers who pursue them that's as spirited and majestic as the fish themselves. Through extensive reporting and writing that shimmers like a Florida flat, Burke puts the reader in the boat, on the fly rod, and at the marina bar with the legends of the fishery. You’ll be hooked from the first sentence.

– David DiBenedetto, editor in chief, Garden & Gun and author of On the Run: An Angler’s Journey Down the Striper Coast

Burke constructs the rise and fall of this unique fishing tale with impressive narrative control and an obvious reverence for its vivid characters. Ably captures the swagger, attitudes, and angling derring-do of a golden age of fishing history.

"Flashy, brawny, and electrifying, just like the tarpon itself.  The angling stories are epic—imagine poling into a daisy chain of two thousand fish—but Burke keeps equal focus on the human element: the rivalries, foibles, and, in some cases, the Ahab-esque pathologies of the anglers themselves."

A fascinating deep-dive look into the world of tarpon fishing and the town famous for it. Burke’s writing is vivid and lyrical. Told with an angler’s eye for detail, even the glossaries of fishing terminology and fly-fishing techniques will engage readers. Fly-fishing fans will be hooked.

Burke paints a vivid picture of the clear water and white sands that madeHomosassa such a nexus of world fishing record holders, drawing in the history of the place, thetarpon, the sport of fly-fishing, and the famous anglers who name their names over a century...This tarpon chroniclewill appeal to all anglers and everyone fascinated by marine life.

Lords of the Fly

Madness, Obsession, and the Hunt for the World Record Tarpon