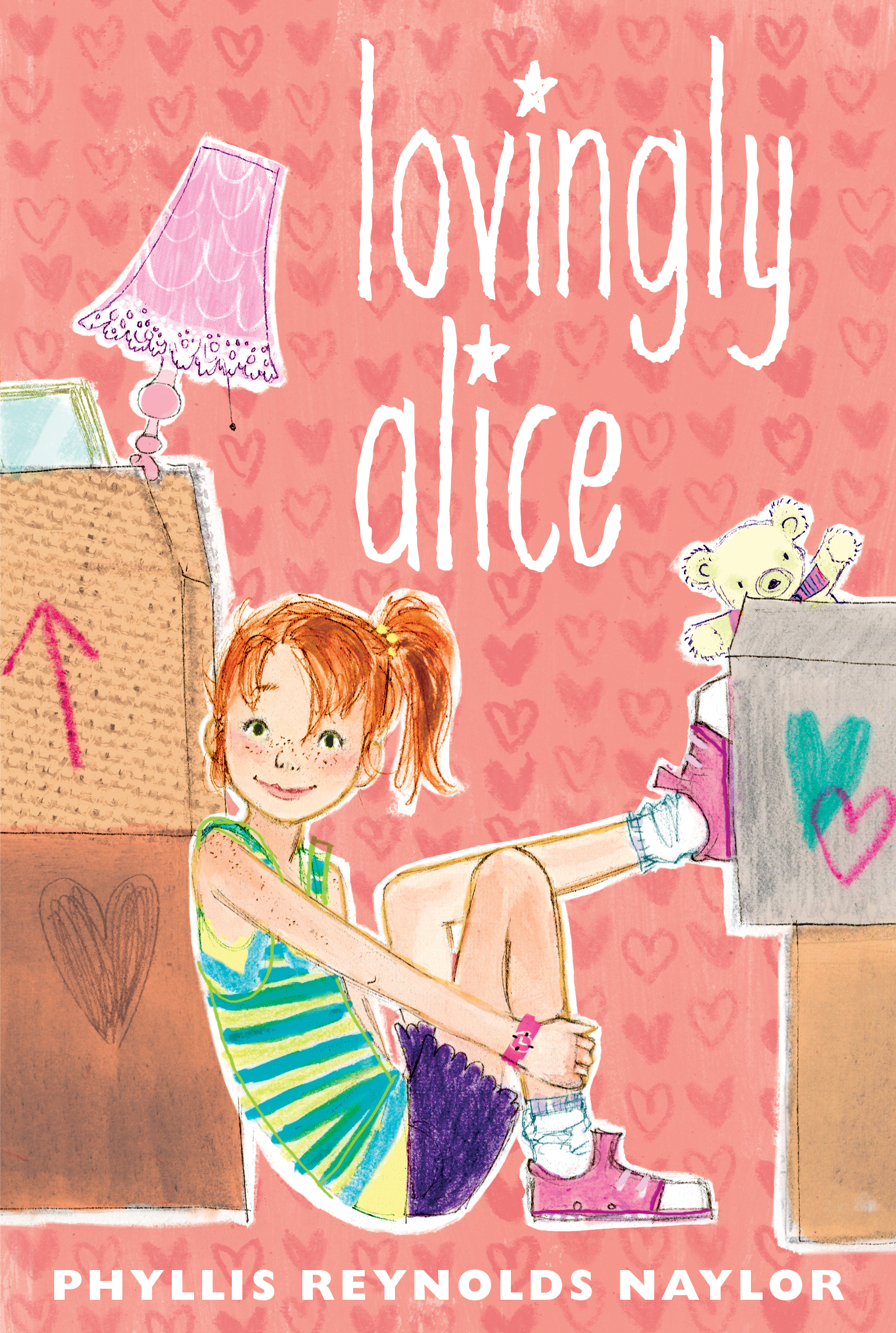 In this repackaged novel in a beloved series, Alice realizes she has a lot to learn about life!

Now that Alice is growing up, she is finding out answers to all sorts of interesting things—but the questions keep on coming. For instance: How exactly are babies made? Where has her best friend Sarah’s family disappeared to? And why is her father going to a concert with a woman?!

Alice isn’t too sure about any of these things—but on top of doing her homework, playing with Oatmeal, trying to keep Lester’s girlfriends straight, and setting her dad up with the school nurse, she’s going to have to find out!

I'll admit I started out as sort of a grump, first because my brother celebrated his eighteenth birthday and asked for lemon cake, which I hate.

"Why don't you really go for it, Lester, and ask for prune cake?" I said. "Crab apple cake with grapefruit frosting?"

"Nobody's making you eat it, Al," he told me. My full name is Alice Kathleen McKinley, but Dad and Lester call me Al.

The second thing that made me grumpy was that I ripped a pocket on my favorite jeans, and it was hanging by one seam.

My mother died when I was in kindergarten, and Dad can't sew very well. He can cook and clean, but it takes him a long time to sew on a button or something. I don't know how to sew either so I have to walk around with a flapping pocket.

And the third thing that happened was that one of my very best friends, Sara, moved away. Rosalind, my other best friend, was as surprised as I was.

"Did you know she was going to move?" I asked Rosalind.

Rosalind shook her head. "Maybe she didn't know either. Maybe she just woke up one morning and her dad said, 'Let's move.'"

We were sitting on the school steps waiting for the bell. It was as though one minute Sara was here, and the next she wasn't. There were other girls we hung around with at school, but we didn't like them as much as we'd liked Sara.

Megan was okay, even though she has a bratty little sister. Jody was sometimes okay and sometimes not. Dawn just did whatever Jody did.

We watched Jody and Dawn staggering around the playground with their arms around each other's shoulders. They were pretending that Jody's right leg was tied to Dawn's left one, and they ended up giggling on the ground.

"Say something funny," I told her.

Rosalind wrinkled up her nose. "You can't just tell someone to be funny," she said. "It's only funny when you're not expecting it."

"Okay, I'll think about something else, and when I'm not expecting it, make me laugh," I said.

We were quiet for a moment.

But she went right on. "You know how it is when you're getting over a cold and the snot gets thick as glue?"

She wouldn't quit. "I saw him blowing his nose once, and every time he tried to grab the snot, it snapped back in like a rubber band."

Megan came up the walk just then. Everything about Rosalind is round, and everything about Megan is square. She dropped her backpack on the steps and sat down beside us.

"What were you talking about?" she asked.

"The rubber band kind that snaps back up your nostrils when you try to pull it out," said Rosalind.

When I walked home that afternoon with Donald Sheavers, I tried not to look at him. All I could think about was Donald having a cold. Donald blowing his nose.

We live next door to the Sheaverses, and Donald's mom used to take care of me on Tuesdays and Thursdays, but I don't have to go there anymore. And Lester doesn't have to come straight home from high school on Mondays, Wednesdays, and Fridays either, to look after me. The good thing about being in fifth grade is that I'm finally old enough to stay at home by myself.

"Cat got your tongue?" Donald asked me as we turned the corner onto our street.

"They got kicked out of their house because they didn't pay their rent," Donald said. "If they hadn't moved quick, the sheriff would have put all their stuff out on the sidewalk."

I stopped dead still. "How do you know?"

"Mom heard some women talking about it at the beauty shop," he said.

Mrs. Sheavers works part-time at a hair salon, so she hears all kinds of stuff. But I sure didn't want to hear this.

"That's a lie, Donald," I said. "They wouldn't stop paying their rent."

"If they didn't have any money, they would," said Donald.

"But where would they go? If they don't have any money, where will they live?"

Donald shrugged. "In a tent, probably. Or maybe they just sleep in their car."

When Dad came home, I helped him make dinner. I stirred the tomato sauce while he boiled the spaghetti. My dad looks like a big teddy bear. He has thick hair at the sides of his head, not so much on top. It's a little gray above the ears, and the skin at the corners of his eyes crinkles when he smiles.

When Lester got home and we finally sat down at the table, I said, "Dad, would you ever just wake me up some morning and say, 'Alice, let's move'?"

Dad paused with a forkful of spaghetti halfway to his mouth.

"Not unless he'd just robbed a bank or something," said Lester.

I toyed with my salad, turning a pickled beet over and over. "If we ever got so poor we had to live in our car, would I have to sleep on the floor?" I asked.

"Naw, we'd probably stick you under the hood, Al. Stuff you down between the engine and the radiator," said Lester.

"So who's moving and who's poor?" asked Dad.

"Sara," I said. "They had to leave because they couldn't pay their rent. Donald thinks maybe they're living in a tent or even their car."

"Well, I hope not!" said Dad. "There are places they can go for help, though."

But why hadn't Sara asked me for help? I wondered. I would have given her all my money. I would have even gone around and collected money from neighbors, just so Sara could keep coming to our school.

I lay in bed that night thinking about her. About the way at first nobody liked the skinny girl who chewed with her mouth open and never washed her hair.

Then Rosalind and I invited her for a sleepover at my house, and we called it a shampoo party. We all washed our hair and brushed Sara's to show her how great it looked when it was clean, and we pretended we were rich ladies having tea at the Plaza, chewing our dainty sandwiches with our lips closed.

I wanted her back so I could tell her how funny she was, how smart she was, how many times she had made me laugh. Like the time I took a picture of her with coat hangers draped over her ears. And then she put two big buttons over her eyes and scrunched up her face to hold them there. I wanted her to know I loved her stories. Sara made up the scariest stories! Especially the one about a girl's mother who turns into a praying mantis and her arms drop off and she gets this long bony face with huge eyes and jaws! I wanted to tell her how much fun I'd had at her house once, playing in big boxes out in the yard and helping myself to whatever I wanted in the refrigerator for lunch.

Maybe Rosalind and I could go looking for her. If she was in a tent, maybe we'd find it. If she was sleeping in her family's car, maybe we'd see her there. I felt my mattress jiggle as Oatmeal, my gray and white cat, jumped up on my bed to sleep with me. I reached out and scratched her behind the ears in the darkness. She licked my hand, but she didn't purr. I didn't feel like purring either. 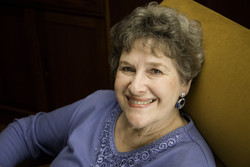 Phyllis Reynolds Naylor has written more than 135 books, including the Newbery Award–winning Shiloh and its sequels, the Alice series, Roxie and the Hooligans, and Roxie and the Hooligans at Buzzard’s Roost. She lives in Gaithersburg, Maryland. To hear from Phyllis and find out more about Alice, visit AliceMcKinley.com.

More books in this series: Alice