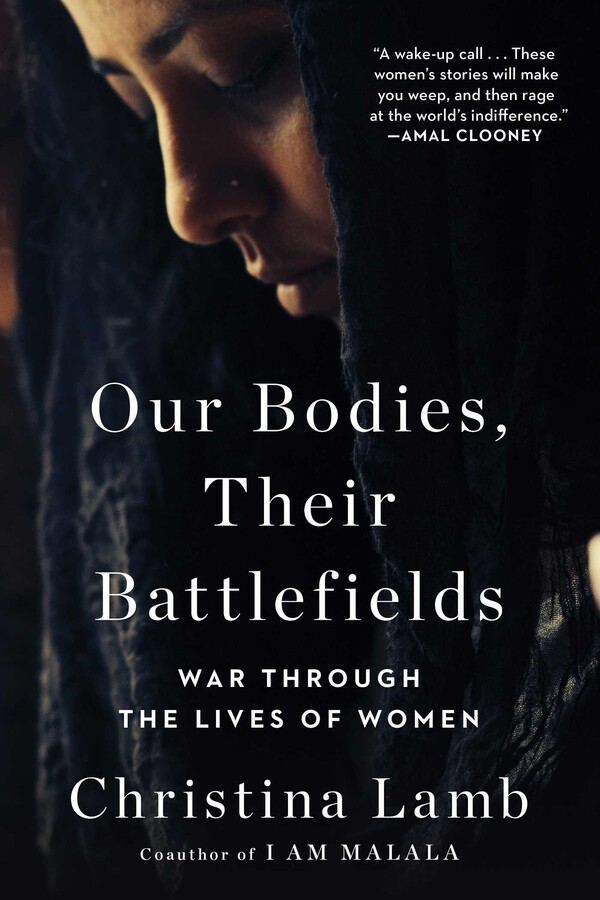 Our Bodies, Their Battlefields

War Through the Lives of Women

From Christina Lamb, the coauthor of the bestselling I Am Malala and an award-winning journalist—an essential, groundbreaking examination of how women experience war.

In Our Bodies, Their Battlefields, longtime intrepid war correspondent Christina Lamb makes us witness to the lives of women in wartime. An award-winning war correspondent for twenty-five years (she’s never had a female editor) Lamb reports two wars—the “bang-bang” war and the story of how the people behind the lines live and survive. At the same time, since men usually act as the fighters, women are rarely interviewed about their experience of wartime, other than as grieving widows and mothers, though their experience is markedly different from that of the men involved in battle.

Lamb chronicles extraordinary tragedy and challenges in the lives of women in wartime. And none is more devastating than the increase of the use of rape as a weapon of war. Visiting warzones including the Congo, Rwanda, Nigeria, Bosnia, and Iraq, and spending time with the Rohingya fleeing Myanmar, she records the harrowing stories of survivors, from Yazidi girls kept as sex slaves by ISIS fighters and the beekeeper risking his life to rescue them; to the thousands of schoolgirls abducted across northern Nigeria by Boko Haram, to the Congolese gynecologist who stitches up more rape victims than anyone on earth. Told as a journey, and structured by country, Our Bodies, Their Battlefields gives these women voice.

We have made significant progress in international women’s rights, but across the world women are victimized by wartime atrocities that are rarely recorded, much less punished. The first ever prosecution for war rape was in 1997 and there have been remarkably few convictions since, as if rape doesn’t matter in the reckoning of war, only killing. Some courageous women in countries around the world are taking things in their own hands, hunting down the war criminals themselves, trying to trap them through Facebook.

In this profoundly important book, Christina Lamb shines a light on some of the darkest parts of the human experience—so that we might find a new way forward. Our Bodies, Their Battlefields is as inspiring and empowering is as it is urgent, a clarion call for necessary change. 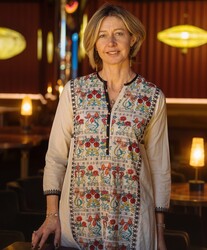 Christina Lamb is one of Britain’s leading foreign correspondents and coauthor of the internationally bestselling and transformative I Am Malala. She has reported from most of the world’s hotspots. She has won fourteen major awards, including being named Foreign Correspondent of the Year five times and Europe’s top war reporting prize, the Prix Bayeux and was recently named by Harper’s Bazaar as one of Britain’s 150 Most Visionary Women. She is the author of The Sewing Circles of Herat and The Africa House, among others, as well as the coauthor of Nujeen and the bestselling memoir I Am Malala. She was made an OBE (Order of the British Empire) by the Queen in 2013 and is an honorary fellow of University College, Oxford. She is the proud mum of a teenage boy.

"The atrocities in Our Bodies, Their Battlefields horrify, as they should. Lamb...does society a service by forcing us to look."
—New York Times Book Review

"Superb... perhaps the most important work of nonfiction about rape since Susan Brown Miller's Against Our Will (1975). A searing, absolutely necessary expose of the uses of rape in recent wars and of global injustices to the survivors."
—Kirkus, starred review

"Casting her subjects as survivors rather than victims, Lamb gives life to individual stories without neglecting the larger picture ... [Our Bodies, Their Battlefields] casts vital light on a subject that has been long, and shamefully, ignored."
—Booklist

"A powerful, wrenching account that travels around the globe giving voice to those who have experienced almost unimaginable horrors... Far from an easy book to read, it casts vital light on a subject that has been long, and shamefully, ignored."
—Booklist Online, Starred Review

"This harrowing but important book is the work of an empathetic and tenacious chronicler."
—Foreign Afairs, Capsule Review

"Quite literally the most powerful and disturbing book that I have ever read."
—Antony Beevor, author of The Second World War and Arnhem

"A wake-up call to the magnitude and horrors of rape in war — the world's most neglected war crime. These women’s stories will make you weep, and then rage at the world's indifference."
—Amal Clooney, international human rights lawyer

"Christina Lamb has done the impossible — and written women into history. This book, Our Bodies, Their Battlefields is an extraordinary achievement of in depth journalism, powerful storytelling, grit and heart. A wake up call to the magnitude and horror of rape of women throughout history and the world. If you read one book this year, read this. Astounding."
—Eve Ensler, author of The Vagina Monologues and The Apology

"For millennia mass rape has been a weapon of war. But the testimony of abuse is almost entirely absent from all recorded history. At last this brave, beautiful and brutal book allows victims to speak — devastatingly, inspirationally."
—Bettany Hughes, author of The Hemlock Cup and Venus and Aphrodite

Our Bodies, Their Battlefields

War Through the Lives of Women