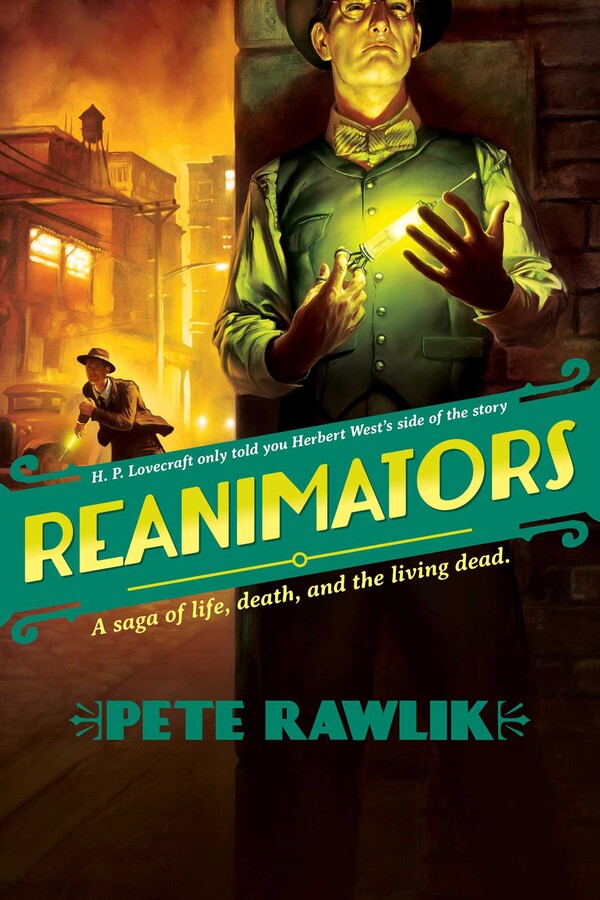 Two men, a bitter rivalry, and a quarter-century of unspeakable horrors. Herbert West’s crimes against nature are well-known to those familiar with the darkest secrets of science and resurrection. Obsessed with finding a cure for mankind’s oldest malady, death itself, he has experimented upon the living and dead, leaving behind a trail of monsters, mayhem, and madness. But the story of his greatest rival has never been told  until now. Dr. Stuart Hartwell, a colleague and contemporary of West, sets out to destroy him by uncovering the secrets of his terrible experiments, only to become what he initially despised: a reanimator of the dead. For more than twenty years, the two scientists race each other to master the mysteries of life . . . and unlife. From the grisly battlefields of the Great War to the haunted coasts of Dunwich and Innsmouth, from the halls of fabled Miskatonic University to the sinking of the Titanic, their unholy quests leave their mark upon the world  and create monsters of them both.

Skyhorse Publishing, under our Night Shade and Talos imprints, is proud to publish a broad range of titles for readers interested in science fiction (space opera, time travel, hard SF, alien invasion, near-future dystopia), fantasy (grimdark, sword and sorcery, contemporary urban fantasy, steampunk, alternative history), and horror (zombies, vampires, and the occult and supernatural), and much more. While not every title we publish becomes a New York Times bestseller, a national bestseller, or a Hugo or Nebula award-winner, we are committed to publishing quality books from a diverse group of authors.