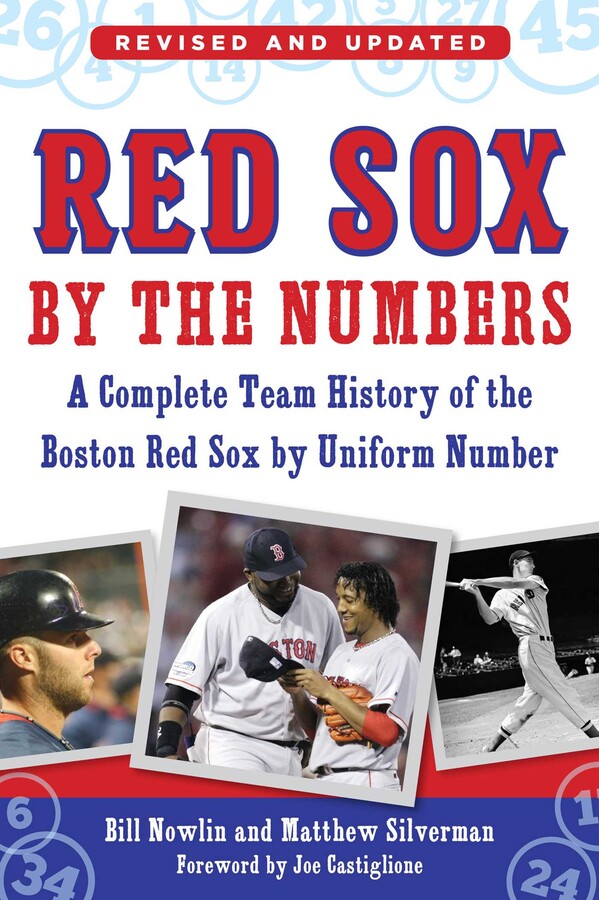 Red Sox by the Numbers

What do Rube Walberg, Mike Nagy, Kevin Millar, and Dustin Pedroia all have in common? They have all worn #15 for the Boston Red Sox. Since 1931, the Red Sox have issued 74 different numbers to more than 1,500 players.

In this newly updated edition, Red Sox by the Numbers tells the story of every Red Sox player since ’31from Bill Sweeney (the first Red Sox player to don #1) to J.T. Snow (#84, the highest-numbered non-coach in Sox history). Each chapter also features a fascinating sidebar that reveals obscure players who wore certain numbers and also which numbers produced the most wins, home runs, and stolen bases in club history.

Bill Nowlin was born and raised in Boston. He is the author of over twenty-five Red Sox–related books, including Red Sox by the Numbers and Fenway Park at 100. In 2004, Nowlin was elected vice president of the Society for American Baseball Research (SABR). He lives in Burlington, Massachusetts.

Red Sox by the Numbers