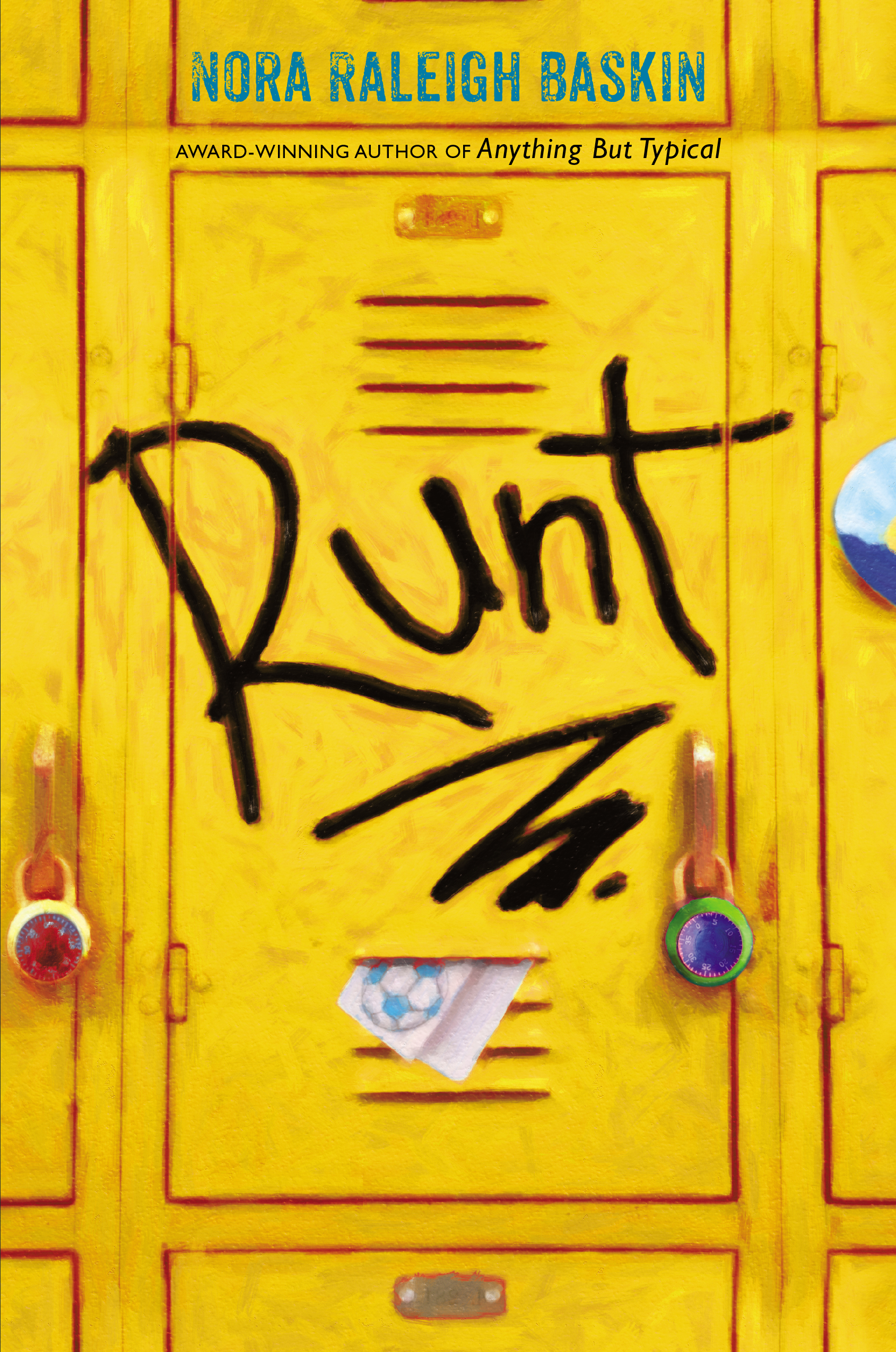 An insightful exploration of middle school bullying from multiple perspectives, by the award-winning author of Anything But Typical.

Elizabeth Moon grew up around dogs. Her mom runs a boarding kennel out of their home, so she’s seen how dogs behave to determine pack order. Her experience in middle school is uncomfortably similar.

Maggie hates how Elizabeth acts so much better than everyone else. Besides, she’s always covered in dog hair. And she smells. So Maggie creates a fake profile on a popular social networking site to teach Elizabeth a lesson.

What makes a bully, and what makes a victim? It’s all in the perspective, and the dynamics shift. From sibling rivalries to mean girl antics, the varying points of view in this illuminating novel from the award-winning author of Anything But Typical show the many shades of gray—because middle school is anything but black and white.

Runt THE ANSWERING VOICE
My mother says male dogs will fight. They will rise up on their hind legs and go for each other’s necks. They will bare their teeth, snarl and bite, until one or the other gives up and then it’s all over. And we can keep those two dogs right in the same room for the whole rest of their stay with us. As long as one is submissive, there won’t be any more trouble, except for maybe a growl or two around their dinner bowls. Once boy dogs know the pecking order, it’s all peaceful.

But girl dogs, my mother says, will fight to the death.

If we get an alpha female dog here, she’ll go after the others and she won’t give up, even when the other girl dog shows submission. If any dog got hurt while we were watching them, that would be the end of our business. But we agreed to take Sadie before we knew what she was like.

I don’t always think my mother is right about the dogs. But after what happened with Sadie, my mom said she had a sneaking feeling all along. Sadie is a Saint Bernard so she’s big, really big, and dogs know how big they are, believe me. It’s like she knows just how much she weighs, which is about one hundred and seventy pounds. When I first met her, she leaned on me.

“That’s just what she does,” the owner said. “She’s saying hello. But she can’t talk.”

“It’s her way of hugging you,” the owner went on.

I could tell they were anxious to get out of there. They were going to Club Med or Paradise Island or Disney World or something like that. They had a limo to catch to take them to the airport. I was just guessing that, but most everyone who brings their dog here is going somewhere.

But Sadie was not hugging me, that should have been the first clue. She was showing me who’s boss and she thinks it’s her. When the owner lady was not looking, I shoved Sadie back.

I bent down and looked her in the eye. “Not in my house,” I whispered.

Nora Raleigh Baskin is the ALA Schneider Family Book Award–winning author of Anything But Typical. She was chosen as a Publishers Weekly Flying Start for her novel What Every Girl (Except Me) Knows, and has since written a number of novels for middle graders and teens, including The Truth About My Bat Mitzvah, The Summer Before Boys, and Ruby on the Outside. Nora lives with her family in Connecticut. Visit her at NoraBaskin.com.

"A thought-provoking and worthy effort on a multifaceted, seemingly all but insurmountable, problem."