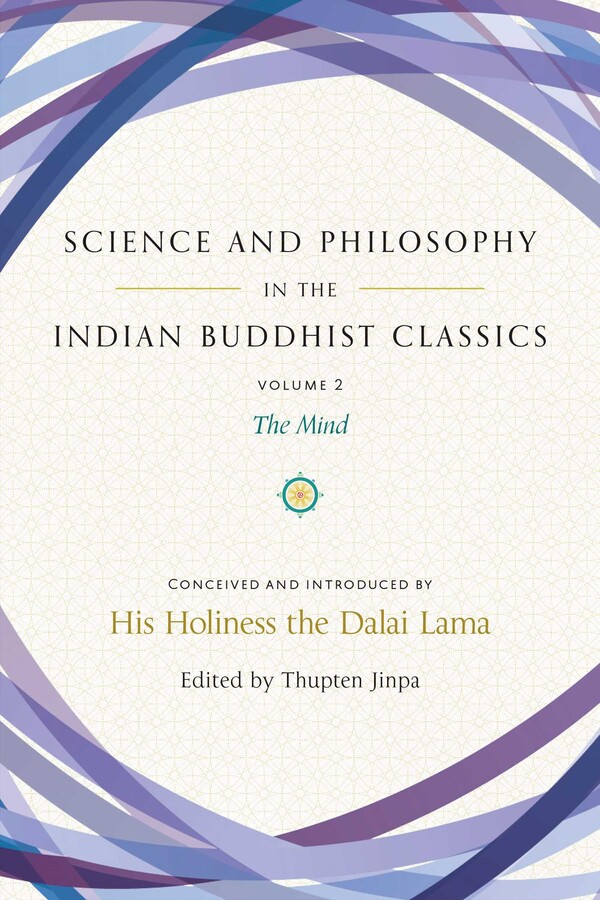 Science and Philosophy in the Indian Buddhist Classics

The second volume in a prominent new series on Buddhism and science, directed by the Dalai Lama and previously covered by the BBC.

Science and Philosophy in the Indian Buddhist Classics compiles classical Buddhist explorations of the nature of our material world, the human mind, logic, and phenomenology and puts them into context for the modern reader.

This ambitious four-volume series—a major resource for the history of ideas and especially the history of science and philosophy—has been conceived by and compiled under the visionary supervision of His Holiness the Dalai Lama himself. It is his view that the exploratory thinking of great Indian masters in the first millennium CE still has much that is of interest to us today, whether we are Buddhist or not. These volumes make those insights accessible.

This, the second volume in the series, focuses on the science of the mind. Readers are first introduced to Buddhist conceptions of mind and consciousness and then led through traditional presentations of mental phenomena to reveal a Buddhist vision of the inner world with fascinating implications for the contemporary disciplines of cognitive science, psychology, emotion research, and philosophy of mind. Major topics include:

-Mental factors—specific mental states such as attention, mindfulness, and compassion—and how they relate to one another

-The unique tantric theory of subtle levels of consciousness, their connection to the subtle energies, or “winds,” that flow through channels in the human body, and what happens to each when the body and mind dissolve at the time of death

-Styles of reasoning, which Buddhists understand as a valid avenue for acquiring sound knowledge

In the final section, the volume offers what might be called Buddhist contemplative science, a presentation of the classical Buddhist understanding of the psychology behind meditation and other forms of mental training.

To present these specific ideas and their rationale, the volume weaves together passages from the works of great Buddhist thinkers like Asanga, Vasubandhu, Nagarjuna, Dignaga, and Dharmakirti. His Holiness the Dalai Lama’s introduction outlines scientific and philosophical thinking in the history of the Buddhist tradition. To provide additional context for Western readers, each of the six major topics is introduced with an essay by John D. Dunne, distinguished professor of Buddhist philosophy and contemplative practice at the University of Wisconsin. These essays connect the traditional material to contemporary debates and Western parallels, and provide helpful suggestions for further reading.

Science and Philosophy in the Indian Buddhist Classics