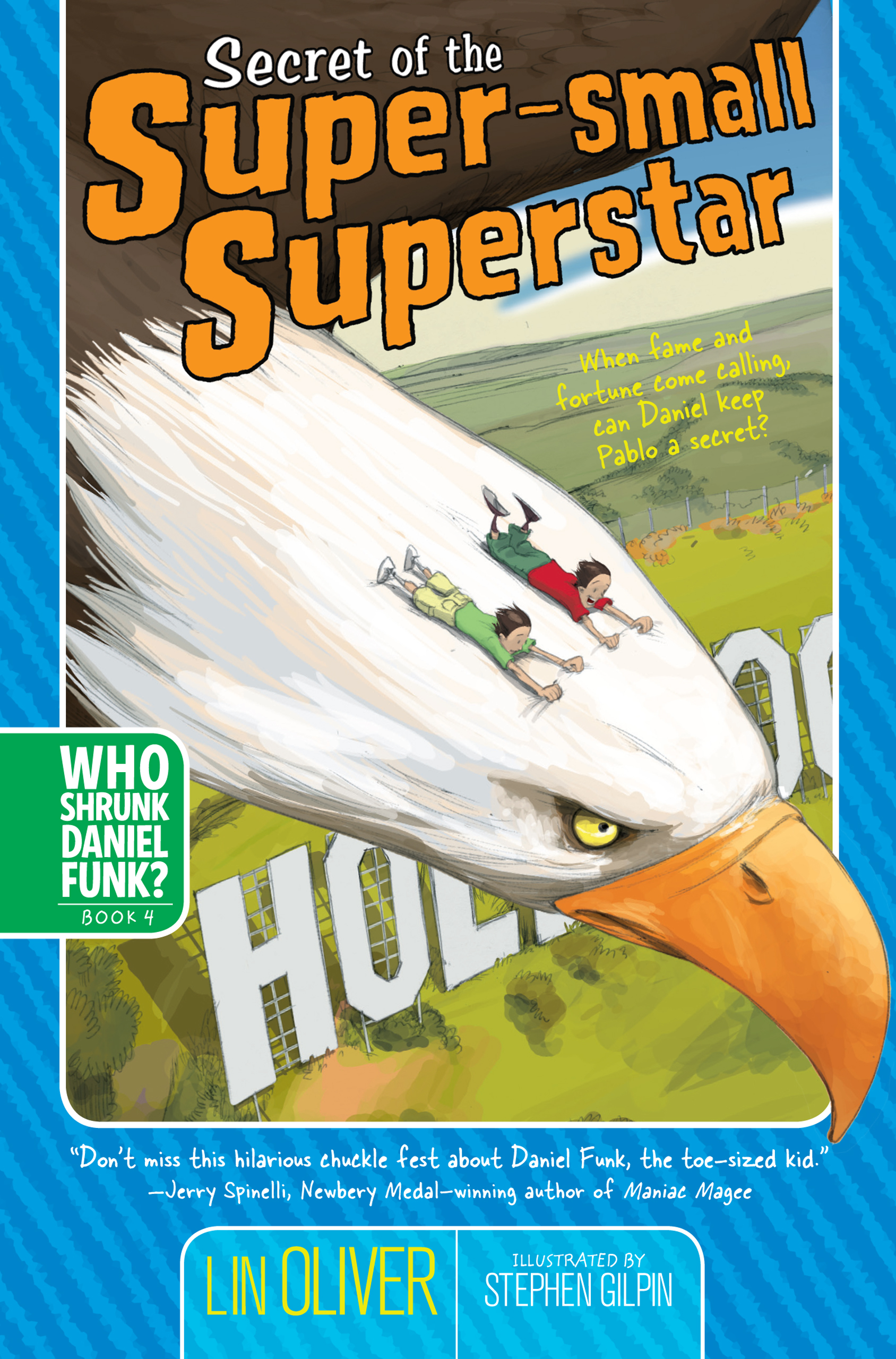 Secret of the Super-small Superstar

Daniel knows it would be dangerous if anyone found out about his tiny twin brother. But when his sister accidentally posts a video of Pablo on her blog, Daniel is catapulted to instant stardom. Everyone is wowed by his special-effects skills—because there couldn’t actually be a miniature boy dancing on camera, could there? Daniel’s fear of Pablo being discovered is soon overshadowed by the lure of superstardom. Everyone is thrilled for him—except Pablo. Pablo can’t help but be jealous—after all, it’s his talent that’s getting Daniel noticed. Pablo’s tired of being left in the background, and decides it’s time for a drastic move. Will Daniel come to his senses before Pablo changes their lives forever?

The Funkster’s Funky Fact #1: In the comic books, the very first vehicle Batman owned was not the Batmobile but a Batplane.

“Daniel!” my mom shouted, flinging open the door to my room with such force that it felt like a class-five hurricane had blown in. “I need you! This is an emergency!”

I was lying on my bed right there in front of her eyes. But because I had shrunk down to my toe-sized self, she didn’t see me. It’s a known fact that when you’re under an inch tall, you don’t attract a lot of eyeball attention.

It was last Saturday. Pablo and I had spent the morning playing one of our favorite games. We call it Curtain Crashers. What we do is climb up to the windowsill in my room and take turns jumping onto the curtain fringe. Then we pump really hard until we’re swinging like mini-monkeys back and forth across the room. When we’re as high as we can go, we holler out “Curtain Crashers!” and let go of the fringe, doing as many flips and turns as we can before coming in for a crash landing on my bed. It’s fun, because when you’re that small, you can zip and zoom through the air like a half-crazed fly.

I had just finished my third jump of the day, a double twist featuring both a frontward and backward somersault, and was sprawled out on the pillow in the recovery position. Pablo was trampolining across the bed toward the windowsill to take his turn. At the sound of my mom’s voice, he froze in his tracks.

GUP is Pablo speak for Grown-Up Person. Personally, I don’t have anything against grown-ups, but my brother Pablo is not a fan of your average GUP.

“Dude! Hide yourself!” he commanded.

I didn’t need to. One of the major advantages of being the size of a toe is that you can be smack-dab in front of your mom and not be seen. You have no idea how useful a thing that is. Like, if your mom is looking for someone to clear the table or take the trash out or worse yet, clean up the dog poop from the backyard, you are basically invisible.

Man, do I ever love that.

“Where is that boy?” my mom muttered as she marched around my room, shooting a suspicious glance at Stinky Sock Mountain. She actually stopped and gave it a little poke with her toe. What was she thinking? That I’d be hiding in a pile of my own smelly socks? No way. I can handle one or two stinky socks, but lying around in a whole huge pile of them is definitely out of the question, even for me.

She held her nose and left the room, calling, “Lark! Lola! Granny! Has anyone seen Daniel?”

“The coast is clear,” Pablo whispered to me. “My turn.”

He jumped onto the rope that hangs from the mini-blinds and climbed up until he reached the windowsill. I have to admit, I felt a little guilty about continuing our game. I mean, my mom did say it was an emergency.

“Oh, no, you don’t,” Pablo said, seeing me hesitate. “No quitting before I show you my new move—the Pablo Plunge. It’s killer.”

“The Pablo is not listening. Now, are you ready to play, D. Funk?”

The thing about Pablo is, you can’t say no to him. He’s like a twenty-four-hour fun machine, and who can say no to that? Not me.

Pablo grabbed the curtain fringe and started to swing. His black cape was billowing out behind him and he looked like a teeny-weeny Batman as he sailed back and forth. Great Granny Nanny makes him these really cool capes out of my old action figure clothes, but Batman is his favorite. Pablo says he loves him best because he fights crime with his brain and not with a gun. I’m sure Granny Nanny taught him that. She’s all for nonviolence.

He let go of the curtain, stuck his chest out like he was doing a high dive, and flapped his arms like a mini-bird. I think he actually caught some air because he sailed up almost to the ceiling before he started his free fall.

“Curtain Crashers!” he hollered as he came careening headfirst toward the bed. “Taking the Pablo Plunge!”

He never made it to the bed, though. Midway through his descent, a hand reached out and caught him. 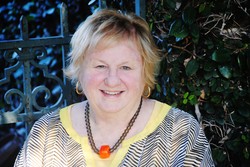 Lin Oliver is the author of the Who Shrunk Daniel Funk series, and the co-author, with Henry Winkler, of the bestselling Hank Zipzer series. She is a writer and producer of movies, books, and television series for children and families. The co-founder and executive director of the Society of Children's Book Writers and Illustrators, she lives in Los Angeles with her husband and sons. Visit her at linoliver.com.

Stephen Gilpin graduated from the NYC School of Visual Arts where he studied painting and cartooning. He is the illustrator of the Who Shrunk Daniel Funk series and The Extraordinary Adventures of Ordinary Boy series. Stephen currently lives in Hiawatha, Kansas. Visit him at SGilpin.com.

Secret of the Super-small Superstar

More books in this series: Who Shrunk Daniel Funk?