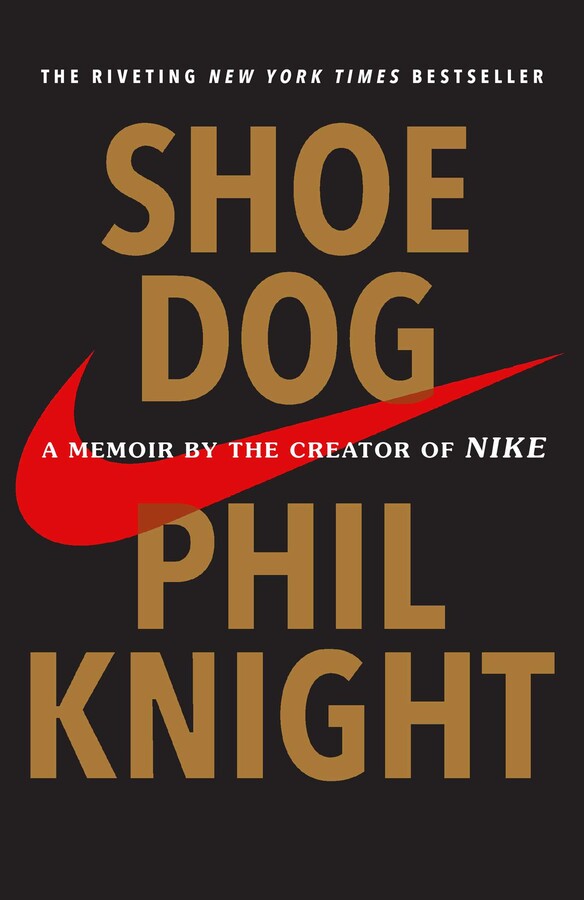 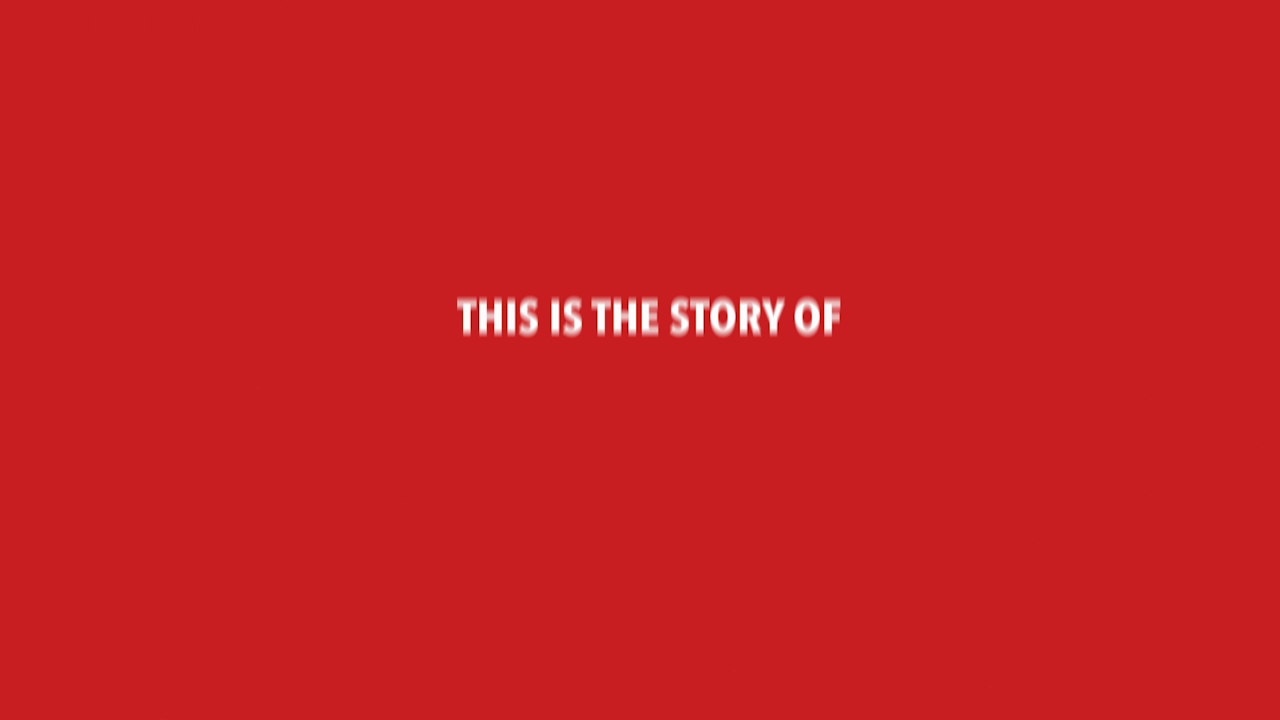 A Memoir by the Creator of Nike

In this instant and tenacious New York Times bestseller, Nike founder and board chairman Phil Knight “offers a rare and revealing look at the notoriously media-shy man behind the swoosh” (Booklist, starred review), illuminating his company’s early days as an intrepid start-up and its evolution into one of the world’s most iconic, game-changing, and profitable brands.

Bill Gates named Shoe Dog one of his five favorite books of 2016 and called it “an amazing tale, a refreshingly honest reminder of what the path to business success really looks like. It’s a messy, perilous, and chaotic journey, riddled with mistakes, endless struggles, and sacrifice. Phil Knight opens up in ways few CEOs are willing to do.”

Fresh out of business school, Phil Knight borrowed fifty dollars from his father and launched a company with one simple mission: import high-quality, low-cost running shoes from Japan. Selling the shoes from the trunk of his car in 1963, Knight grossed eight thousand dollars that first year. Today, Nike’s annual sales top $30 billion. In this age of start-ups, Knight’s Nike is the gold standard, and its swoosh is one of the few icons instantly recognized in every corner of the world.

But Knight, the man behind the swoosh, has always been a mystery. In Shoe Dog, he tells his story at last. At twenty-four, Knight decides that rather than work for a big corporation, he will create something all his own, new, dynamic, different. He details the many risks he encountered, the crushing setbacks, the ruthless competitors and hostile bankers—as well as his many thrilling triumphs. Above all, he recalls the relationships that formed the heart and soul of Nike, with his former track coach, the irascible and charismatic Bill Bowerman, and with his first employees, a ragtag group of misfits and savants who quickly became a band of swoosh-crazed brothers.

Together, harnessing the electrifying power of a bold vision and a shared belief in the transformative power of sports, they created a brand—and a culture—that changed everything.

This reading group guide for Shoe Dog includes an introduction, discussion questions, and ideas for enhancing your book club. The suggested questions are intended to help your reading group find new and interesting angles and topics for your discussion. We hope that these ideas will enrich your conversation and increase your enjoyment of the book.

Young, searching, fresh out of business school, Phil Knight borrowed fifty dollars from his father and launched a company with one simple mission: high-quality, low-cost running shoes. In this age of start-ups, Knight’s Nike is the gold standard, and its swoosh is more than a logo. A symbol of grace and greatness, it’s one of the few icons instantly recognized in every corner of the world. Knight details the many terrifying risks he encountered along the way, the crushing setbacks, the ruthless competitors—as well as his many thrilling triumphs and narrow escapes. Above all, he recalls the foundational relationships that formed the heart and soul of Nike, a ragtag group of misfits and savants who quickly became a band of swoosh-crazed brothers. Together, they created a brand, and a culture, that changed everything.

1. Discuss the book’s epigraph. Why do you think Knight chose this passage as the epigraph? How does it frame your reading of Shoe Dog? In what ways do we witness Knight grow from a beginner to an expert over the course of the book?

2. At age twenty-four, before he started Nike, Knight set out on a backpacking trip around the world. What role did travel play in shaping his worldview? In what ways do you think Knight’s international backpacking trip set the stage for his unconventional path?

3. In Knight’s early struggles with equity, he remarks, “Life is growth. . . . You grow or you die" (page 77). In which instances was Knight faced with this predicament—to grow or to die? How did he respond? What is an instance in your life in which you chose growth and what impact do you think that decision had on you?

4. In the early days of Nike, when it was still called Blue Ribbon, Knight assembled an eclectic collection of employees, but the common thread among them was that almost all were ex-runners or recreational runners. How important is passion in driving success? How did Nike employees’ lifelong dedication to running help build a better shoe and a better company?

5. In the acknowledgments, Knight thanks his wife, Penny, for waiting (and waiting) as he worked long hours. Even in the early years of their relationship, can you identify instances of Penny’s patience and steadfast support? How did their partnership, originally forged in the classroom at Portland State, give Phil the foundation to chase professional success?

6. Knight cites one of Steve Prefontaine’s most famous quotes as a source of inspiration: “Somebody may beat me—but they are going to have to bleed to do it.” What role did Prefontaine play in the early success of Nike, both as an inspiration and as a brand ambassador?

7. “It’ll have to do,” Knight first said of the iconic Nike swoosh design, for which he paid an art student only $35. The name “Nike” itself wasn’t Knight’s top choice—he preferred “Dimension Six.” Discuss a time in which you have succeeded by accident or stumbled on a brilliant idea.

8. Knight writes, “Sports give people a sense of having lived other lives, of taking part in other people’s victories. And defeats. When sports are at their best, the spirit of the fan merges with the spirit of the athlete, and in that convergence, in that transference, is the oneness that mystics talk about” (page 212). How does Knight understand and demonstrate the symbolic power of sports? In what ways do you think that Knight and Nike have built the connection between fan and athlete in our culture?

9. How did Knight, over the course of his life, become an effective leader and entrepreneur? What were the factors that contributed to his successes?

10. Knight advises in the last chapter: "I’d tell men and women in their midtwenties not to settle for a job or a profession or even a career. Seek a calling” (pages 381–82). What do you think is the difference between a career and a calling?

11. Consider the legacy that Knight built with Nike. How does Knight’s legacy compare to other great American entrepreneurs, such as Steve Jobs or Henry Ford?

1. Nike began as a paper at Stanford on the potential market for importing Japanese athletic shoes to the United States. As a group, discuss past college or school projects that you felt passionate about. What makes those ideas stand out in your memories?

2. If there are some sneaker heads in the group, spend some time designing custom pairs of Nikes at www.nike.com/us/en_us/c/nikeid. 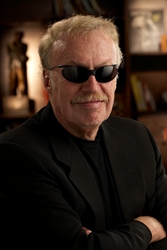 One of the world’s most influential business executives, Phil Knight is the founder of Nike, Inc. He served as CEO of the company from 1964 to 2004, as board chairman through 2016, and he is currently Chairman Emeritus. He lives in Oregon with his wife, Penny.

“A refreshingly honest reminder of what the path to business success really looks like. It’s a messy, perilous, and chaotic journey riddled with mistakes, endless struggles, and sacrifice. Here Knight opens up in a way few CEOs are willing to do. I don’t think Knight sets out to teach the reader anything. Instead, he accomplishes something better. He tells his story as honestly as he can. It’s an amazing tale.”—Bill Gates, one of his favorite books of 2016

“Shoe Dog is a great American story about luck, grit, know-how, and the magic alchemy of a handful of eccentric characters who came together to build Nike. That it happened at all is a miracle, because as I learned from this book, though we are a nation that extols free enterprise, we also excel at thwarting it. This is Phil Knight, one on one, no holds barred. The lessons he imparts about entrepreneurship and the obstacles one faces in trying to create something, are priceless. The pages I folded down are too many to mention.”—Abraham Verghese, author of Cutting for Stone

“‘The best book I read last year. Phil is . . . a gifted storyteller.”—Warren Buffett

"I’ve known Phil Knight since I was a kid, but I didn’t really know him until I opened this beautiful, startling, intimate book. And the same goes for Nike. I’ve worn the gear, with pride, but I didn’t realize the remarkable saga of innovation and survival and triumph that stood behind every swoosh. Candid, funny, suspenseful, literary—this is a memoir for people who love sport, but above all it’s a memoir for people who love memoirs."—Andre Agassi, New York Times bestselling author of Open

"Shoe Dog is an extraordinary hero's journey, an epic tale of faith, unparalleled determination, excellence, failure, triumph, hard-earned wisdom, and love. It's nothing short of a miracle that Nike exists. I finished the last sentence in complete awe, inspired and grateful for the experience."—Lisa Genova, New York Times bestselling author of Still Alice and Inside the O'Briens

"A touching, highly entertaining adventure odyssey, with much to teach about innovation and creativity. Phil Knight takes us back to the Big Bang of the swoosh, recalls how he first begged and borrowed from reluctant banks, how he assembled a crew of eccentric but brilliant misfits, how they all worked together to build something unique and paradigm-changing. An inspiration for everyone with an unconventional dream."—Michael Spence, Nobel-prize winning economist

"A fresh historical perspective on one of the most profiled companies in the world...[Shoe Dog] builds characters of the people behind the brand."--ESPN.com

"Shoe Dog is, at its heart, an origin story, of both a global brand and a footwear lifer...it reads like pure adventure story, boys facing steeper and steeper challenges and finding ways through, often by the skin of their teeth. As Knight collects the misfits and oddballs who become the core of his growing company, Shoe Dog is more like The Lord of the Rings than a typical mogul memoir."—Complex

“A rare and revealing look at the notoriously media-shy man behind the swoosh.”—Booklist STARRED review

"The best memoir I recall ever reading. As a business biography, it ranks with such recent works as Neal Gabler’s Disney and Walter Isaacson’s Steve Jobs. But as a personal memoir Shoe Dog reaches a depth of emotional honesty that even the best biographies haven’t touched."—Rich Karlgaard, Forbes

“Ranks among the best business books and autobiographies I’ve ever read.”—Jim Cramer, CNBC-TV

"A blueprint not just for success, but for motivation.Shoe Dog illustrates the unlimited amount of hurdles one might run into while trying to reach a major goal. It's Knight's account of seeing a vision through against all odds."—Mic.com

"An extraordinary memoir... one of the best stories of entrepreneurship I have ever read."—Fareed Zakaria

“The ultimate entrepreneur’s guide to the top of the mountain. I could not put it down.”—Bill Walton, Wall Street Journal

“A fascinating warts-and-all account of the company’s early years, a rascally tale of scrappiness and survival, a great read . . . Knight provides plenty of entertaining reading and laugh-out-loud moments.”—Motley Fool

A Memoir by the Creator of Nike