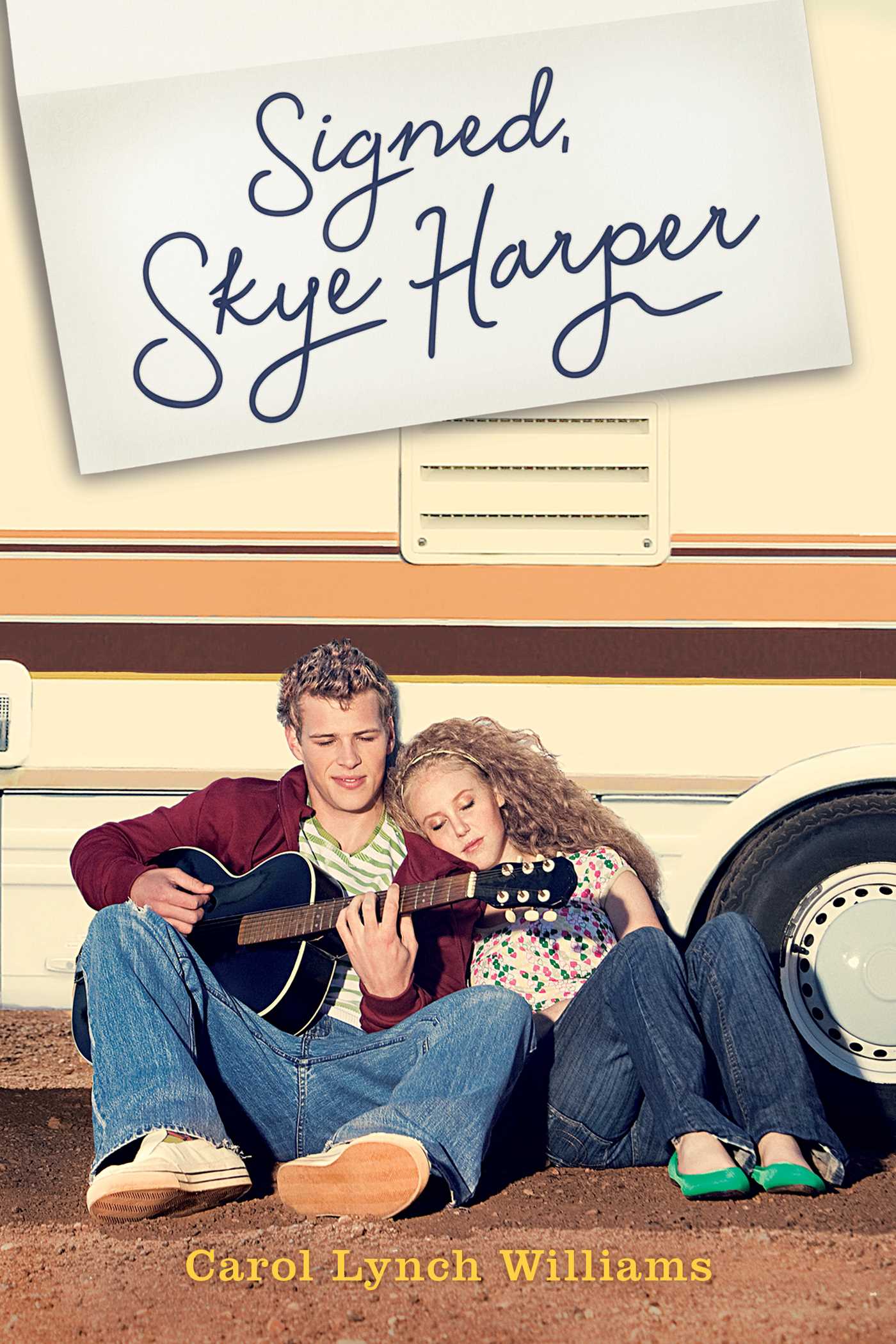 In trying to reunite with her mother, Winston discovers the many meanings of family and finds friendship in an unexpected place in this “warm, humorous, and poignant story” (Publishers Weekly) from the author of Waiting, which Kirkus Reviews, in a starred review, called “exceptional” and Glimpse, which Booklist called “gripping.”

Life is just fine for fourteen-year-old Winston. She loves her dog, Thelma, and although she never knew her dad, and her mom left ten years ago in search of Hollywood fame, Winston has family with Nanny, who isn’t old at all! But a “just fine” life gets a lot more exciting when a letter arrives from Skye Harper, aka Judith Fletcher, aka Winston’s mother. She needs help, and Nanny says the best way to give it is to take a cross-country road trip—in a “borrowed” motor home—to go find Mama once and for all. Winston’s not so sure about this plan, but with a cute stowaway named Steve along for company and an adventure on the horizon, this is sure to be a summer to remember.

Signed, Skye Harper 1 Surprise
Nanny sat at the kitchen table when I wandered in at dusk from swimming, not a light in the house on, just a cigarette glowing.

She didn’t sound too happy. In fact, I’d say she sounded right miserable. I strained to see more than the glow of her ciggie but was hypnotized by the red burn.

Blinking, I said, “What’s wrong?” I slid onto the rattan chair, my behind almost not making it. My chlorine-smelling swimsuit made my shorts and T-shirt wet. I let out a sigh. Since turning fifteen, I’ve found myself sighing an awful lot. That’s my family’s fault.

I helped myself to one of the biscuits from breakfast, the pan covered with a cloth so they wouldn’t dry out hard as rocks. It was like biting into a brick. The cloth hadn’t helped at all. I sighed again. Then let out an “I’m starving.”

“Stop that damn sighing,” Nanny said. “You’re breathing up way more than your fair share of oxygen.” She drew long on her cigarette. Her face lit up in such a way she looked like a demon, shadowed eyes and all. But who’s allowed to tell their grandmother that kind of thing? “Dinner’s on the stove, but wait it out a minute. I got to tell you something.”

“Tell then,” I said. “School starts in a couple of weeks and I got things to do before then.”

“Smart butt,” Nanny said, and ground out her cigarette.

I smiled. So she wasn’t too bad off. Nanny only uses the word “butt” if she’s talking about her Winstons-taste-good-like . . . You know what I’m saying. And yes, I was named after the cigarette, but I’ve told no one that fact, not even my very best friend, Patty Bailey, who is tall as an oak tree and gone to Louisiana for the summer. “Butt” is about her only swear. Nanny’s. Not Patty’s. That’s an almost truth.

“Yes, I’m sure.” Nanny slapped at the table, and Denny, our rooster, ruffled his feathers and clucked in his throat. I hadn’t even known he was there. I settled in my chair and waited—keeping the sigh tucked in tight—and pulled at my T-shirt to loosen it some.

Nanny took in a breath.

“I got a letter from your momma.”

So that’s why she was sitting in the dark. Nanny, not Momma.

“Tell me more.” I said those words, though I didn’t mean them.

Cold-water feeling covered me from my ankles up. It was like the time I got baptized. That day, the water heater was broke, and no one knew till the preacher and me stepped into the font. Not a thing like the lakes around here, which can be warm as bath water. “Where is she this time?”

Momma’s been gone since I turned four. She travels all over the West Coast, sending us postcards. But she never mails a letter unless there’s an emergency. Sounded like something big had happened.

I heard Nanny working at her pack of cigarettes. Heard her strike the match (saw her face go beastly in the sputter of light), then she started smoking again.

“That’s a bad habit,” I said. “You want me to take that up? And at almost fifty cents a pack?”

“Stunts your growth,” Nanny said. “And I’ll beat you with a stick if you start smoking. You know I’m trying to quit.”

“Let me hear what she says,” I said. Then I closed my eyes tight, ’cause this couldn’t be anything good. 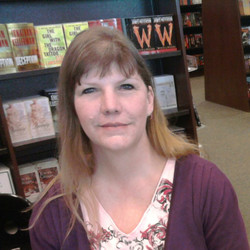 Carol Lynch Williams is a PEN Award–winning author of more than a dozen books and a graduate of the Vermont College MFA program. Carol facilitates the children’s writing conferences at Utah Valley University and Brigham Young University. She lives in Utah with her family. Visit her at CarolLynchWilliams.com.