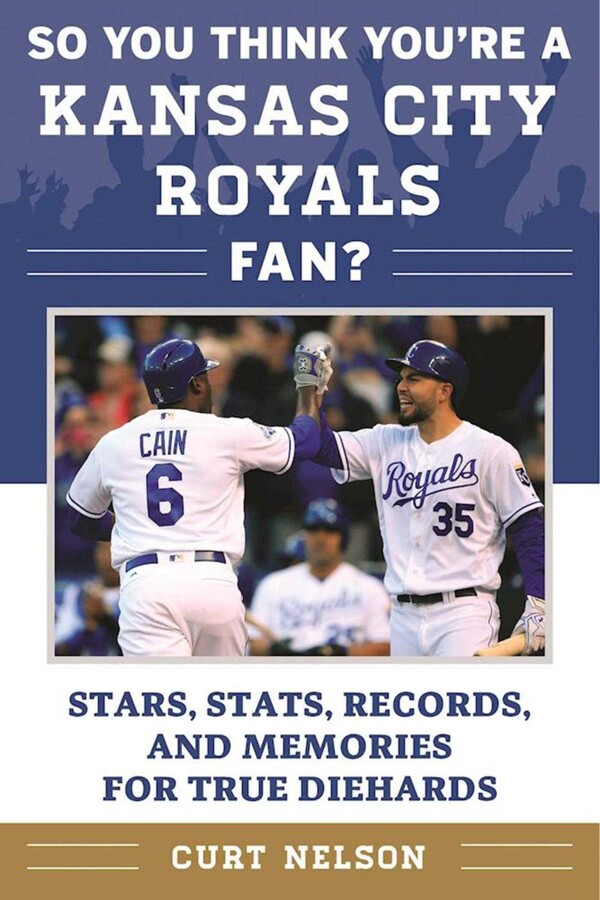 So You Think You're a Kansas City Royals Fan?

Part of So You Think You're a Team Fan
By Curt Nelson
LIST PRICE $14.99

So You Think You’re a Kansas City Royals Fan? will test and expand your knowledge of one of Major League Baseball’s most successful expansion franchises. Rather than merely posing questions and providing answers, you’ll get details behind eachstories that bring to life the history of the Kansas City Royals.

This book, part of a new series, is divided into four parts, with progressively more difficult questions in each new section. The first three-inning section contains the most basic questions. Next come the middle innings, then the late innings, and finally the Hall of Fame.

 Who was the first player inducted into the National Baseball Hall of Fame with the Royals listed on his plaque?
 What special first in World Series history was the 2015 match-up between the Mets and Royals?
 Which two Royals players worked on crews that helped build Royals Stadium?
 Who was the first hitter to record a multihome run game for the Royals?

This book makes the perfect gift for any fan of the 2015 World Champion Royals!

So You Think You're a Kansas City Royals Fan?

Part of So You Think You're a Team Fan
By Curt Nelson
LIST PRICE $14.99

More books in this series: So You Think You're a Team Fan