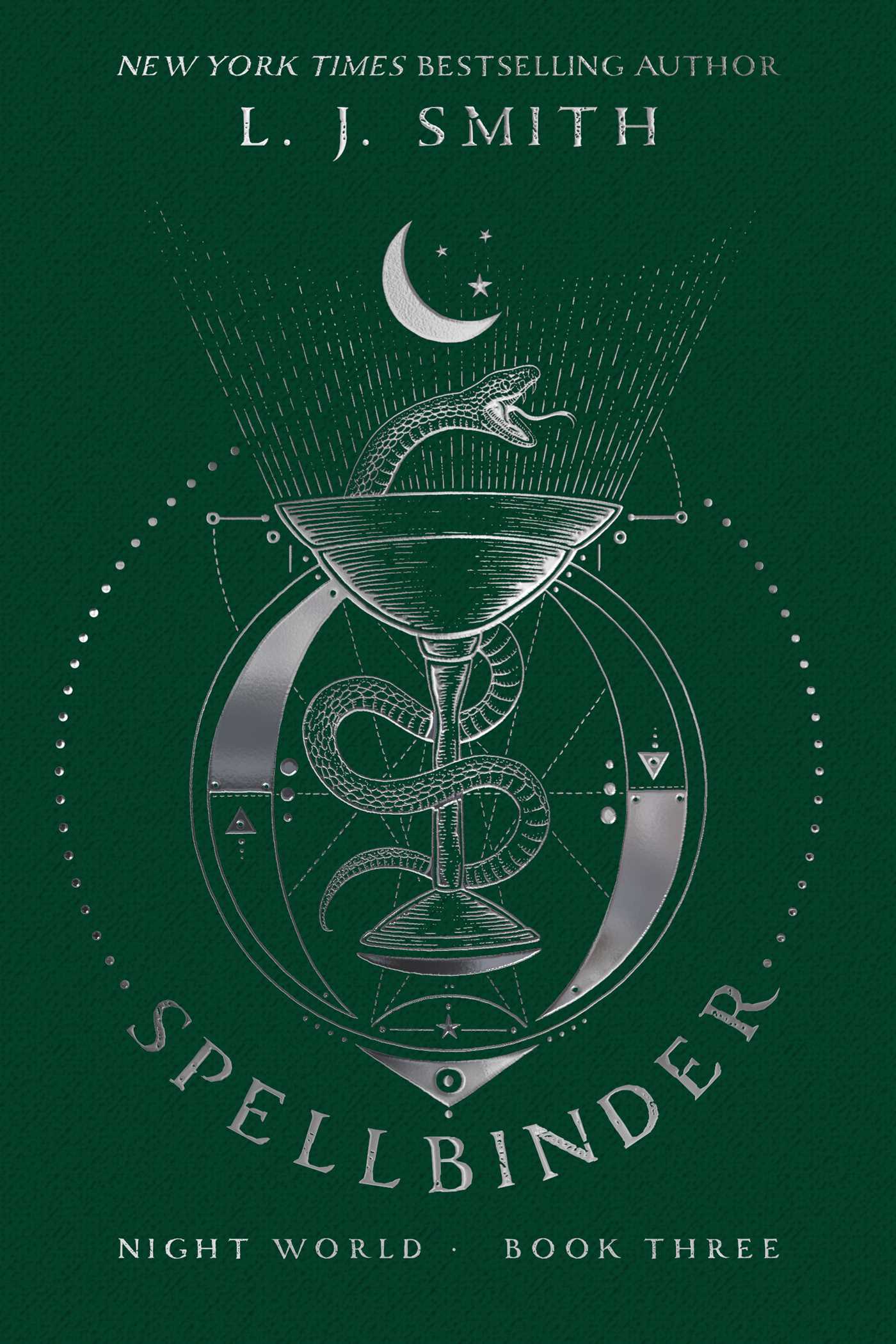 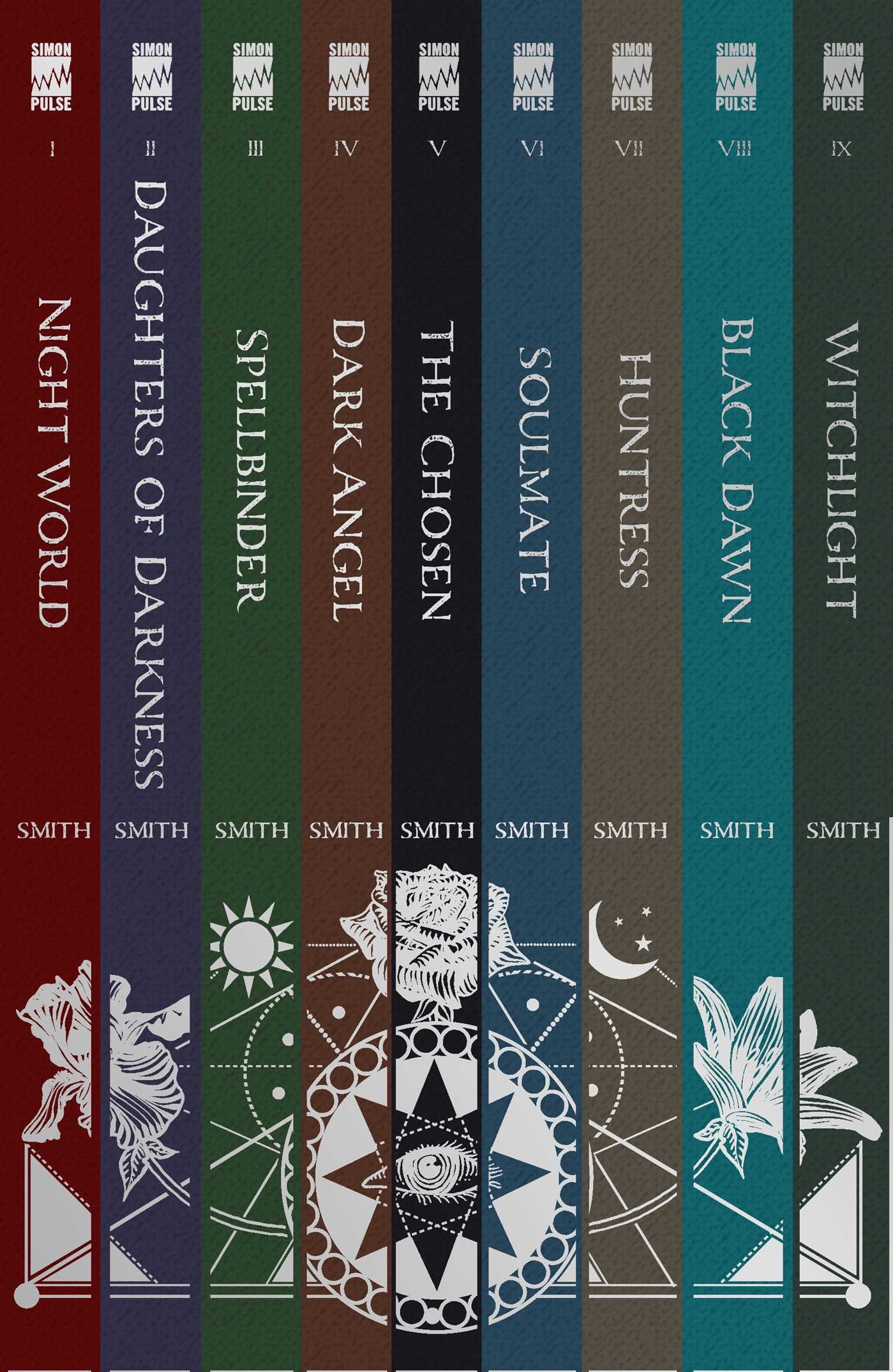 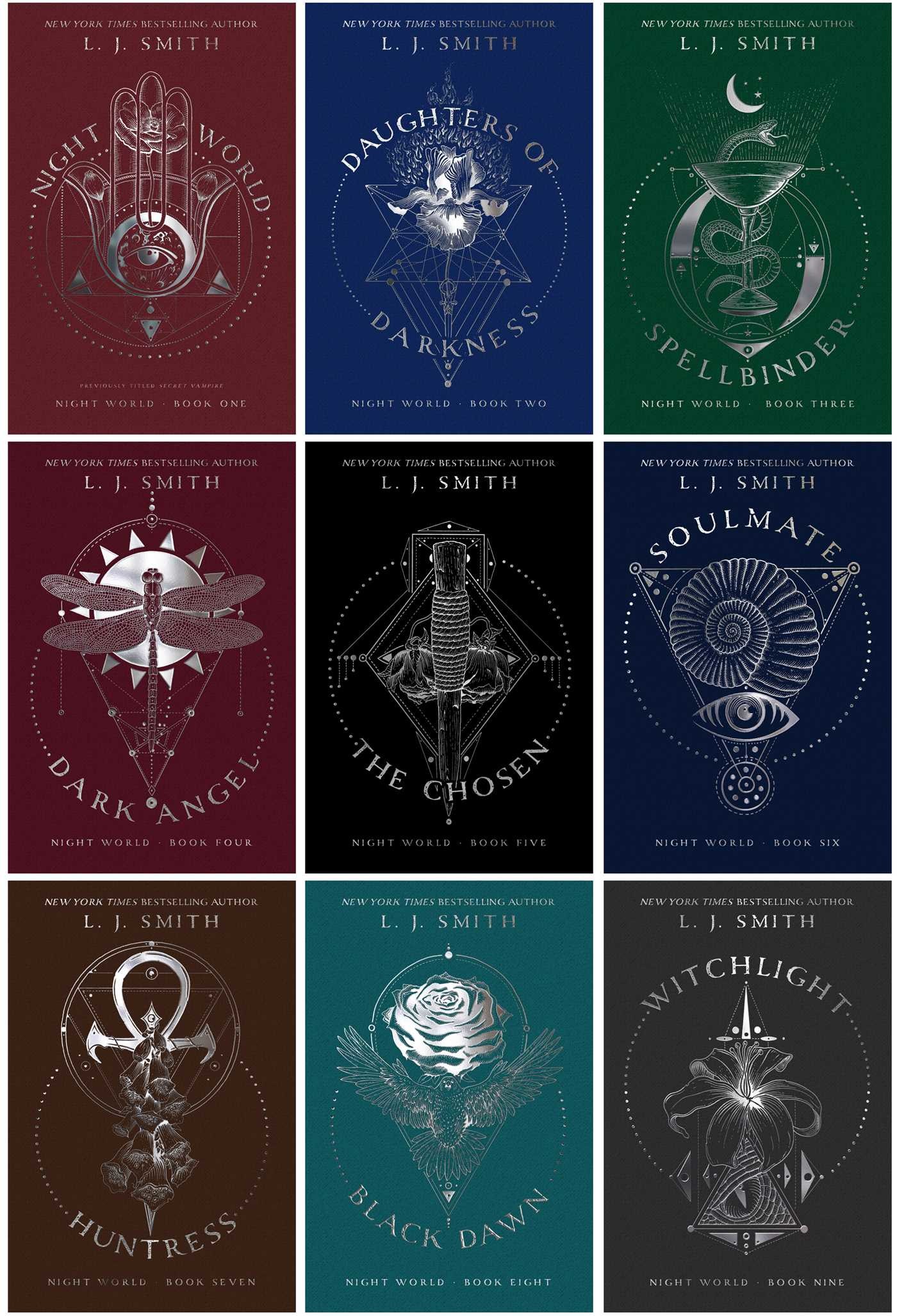 Her name is Blaise and she’s irresistible to boys. Her dark, smoldering beauty is an invitation to jealousy and madness. And now she’s ready for the kill. Eric Ross is the perfect catch, a star athlete who wants to be a vet. But her cousin Thea, is determined to protect this particular human boy from the girl who was born to destroy men.

Blaise’s black magic is powerful. The only way Thea can fight back is to use her own white magic, to bewitch Eric herself as a bluff. But soon Thea finds herself getting too close to Eric, feeling forbidden emotions, breaking Night World laws. Falling in love. As Halloween and the Night of the Witch draw closer, can Thea save Eric—and herself—from Blaise’s vengeance?

It was one of the scariest words a high school senior could think of, and it kept ringing in Thea Harman’s mind as her grandmother’s car approached the school building.

“This,” Grandma Harman said from the front passenger seat, “is your last chance. You do realize that, don’t you?”

As the driver pulled the car to the curb, she went on. “I don’t know why you got thrown out of the last school, and I don’t want to know. But if there’s one whiff of trouble at this school, I’m going to give up and send both of you to your Aunt Ursula’s. And you don’t want that, now, do you?”

Aunt Ursula’s house was nicknamed the Convent, a gray fortress on a deserted mountaintop. Stone walls everywhere, an atmosphere of gloom—and Aunt Ursula watching every move with thin lips. Thea would rather die than go there.

In the backseat next to her, Thea’s cousin Blaise was shaking her head, too—but Thea knew better than to hope she was listening.

Thea herself could hardly concentrate. She felt dizzy and very untogether, as if half of her were still back in New Hampshire, in the last principal’s office. She kept seeing the look on his face that meant she and Blaise were about to be expelled—again.

But this time had been the worst. She’d never forget the way the police car outside kept flashing red and blue through the windows, or the way the smoke kept rising from the charred remains of the music wing, or the way Randy Marik cried as the police led him off to jail.

Or the way Blaise kept smiling. Triumphantly, as if it had all been a game.

Thea glanced sideways at her cousin.

Blaise looked beautiful and deadly, which wasn’t her fault. She always looked that way; it was part of having smoldering gray eyes and hair like stopped smoke. She was as different from Thea’s soft blondness as night from day and it was her beauty that kept getting them in trouble, but Thea couldn’t help loving her.

After all, they’d been raised as sisters. And the sister bond was the strongest bond there was . . . to a witch.

But we can’t get expelled again. We can’t. And I know you’re thinking right now that you can do it all over again and good old Thea will stick with you—but this time you’re wrong. This time I’ve got to stop you.

“That’s all,” Gran said abruptly, finishing with her instructions. “Keep your noses clean until the end of October or you’ll be sorry. Now, get out.” She whacked the headrest of the driver’s seat with her stick. “Home, Tobias.”

The driver, a college-age boy with curly hair who had the dazed and beaten expression all Grandma’s apprentices got after a few days, muttered, “Yes, High Lady,” and reached for the gearshift. Thea grabbed for the door handle and slid out of the car fast. Blaise was right behind her.

The ancient Lincoln Continental sped off. Thea was left standing with Blaise under the warm Nevada sun, in front of the two-story adobe building complex. Lake Mead High School.

Thea blinked once or twice, trying to kick-start her brain. Then she turned to her cousin.

“Tell me,” she said grimly, “that you’re not going to do the same thing here.”

Blaise laughed. “I never do the same thing twice.”

Blaise pursed her lips and reached down to adjust the top of her boot. “I think Gran overdid it a little with the lecture, don’t you? I think there’s something she’s not telling us about. I mean, what was that bit about the end of the month?” She straightened, tossed back her mane of dark hair and smiled sweetly. “And shouldn’t we be going to the office to get our schedules?”

“Are you going to answer my question?”

“Did you ask a question?”

Thea shut her eyes. “Blaise, we are running out of relatives. If it happens again—well, do you want to go to the Convent?”

For the first time, Blaise’s expression darkened. Then she shrugged, sending liquid ripples down her loose ruby-colored shirt. “Better hurry. We don’t want to be tardy.”

“You go ahead,” Thea said tiredly. She watched as her cousin walked away, hips swaying in the trademark Blaise lilt.

Thea took another breath, examining the buildings with their arched doorways and pink plaster walls. She knew the drill. Another year of living with them, of walking quietly through halls knowing that she was different from everybody around her, even while she was carefully, expertly pretending to be the same.

It wasn’t hard. Humans weren’t very smart. But it took a certain amount of concentration.

She had just started toward the office herself when she heard raised voices. A little knot of students had gathered at the edge of the parking lot.

“Stay away from it.”

Thea joined the periphery of the group, being inconspicuous. But then she saw what was on the ground beyond the curb and she took three startled steps until she was looking right down at it.

The snake was olive green, with wide diamonds down its back. The scales on the face looked shiny, almost wet. And its black tongue flickered so fast. . . .

A rock whizzed past her and hit the ground beside the snake. Dust puffed.

Thea glanced up. A kid in cutoffs was backing away, looking scared and triumphant.

“Don’t do that,” somebody said.

“Get a stick,” somebody else said.

“Keep away from it.”

The faces around Thea weren’t vicious. Some were curious, some were alarmed, some were filled with a sort of fascinated disgust. But it was all going to end up the same for the snake.

A boy with red hair came running up with a forked branch. People were reaching for rocks.

I can’t let them, Thea thought. Rattlers were actually pretty fragile—their backbones were vulnerable. These kids might kill the snake without even meaning to.

Not to mention that a couple of the kids might get bitten in the process.

But she didn’t have anything . . . no jasper against venom, no St. John root to soothe the mind.

It didn’t matter. She had to do something. The redheaded boy was circling with the stick like a fighter looking for an opening. The kids around him were alternately warning him and cheering him on. The snake was swelling its body, tongue-tips flickering up and down faster than Thea’s eye could follow. It was mad.

Dropping her backpack, she slipped in front of the red-haired boy. She could see his shock and she heard several people yell, but she tried to block it all out. She needed to focus.

She knelt a foot away from the rattler.

The snake fell into a striking coil. Front body raised in an S-shaped spiral, head and neck held like a poised javelin. Nothing looked so ready to lunge as a snake in this position.

Easy . . . easy, Thea thought, staring into the narrow catlike pupils of the yellow eyes. She slowly lifted her hands, palms facing the snake.

Worried noises from the crowd behind her.

The snake was inhaling and exhaling with a violent hiss. Thea breathed carefully, trying to radiate peace.

Now, who could help her? Of course, her own personal protector, the goddess closest to her heart. Eileithyia of ancient Crete, the mother of the animals.

Eileithyia, Mistress of the Beasts, please tell this critter to calm down. Help me see into its little snaky heart so I’ll know what to do.

And then it happened, the wonderful transformation that even Thea didn’t understand. Part of her became the snake. There was a strange blurring of Thea’s boundaries—she was herself, but she was also coiled on the warm ground, angry and excitable and desperate to get back to the safety of a creosote bush. She’d had eleven babies some time ago and had never quite recovered from the experience. Now she was surrounded by large, hot, fast-moving creatures.

Big-living-things . . . way too close. Not responding to my threat noises. Better bite them.

The snake had only two rules for dealing with animals that weren’t food. 1) Shake your tail until they go away without stepping on you. 2) If they don’t go away, strike.

Thea the person kept her hands steady and tried to pound a new thought into the small reptile brain. Smell me. Taste me. I don’t smell like a human. I’m a daughter of Hellewise.

The snake’s tongue brushed her palm. Its tips were so thin and delicate that Thea could hardly feel them flicker against her skin.

But she could feel the snake drop down from maximum alert. It was relaxing, ready to retreat. In another minute it would listen when she told it to slither away.

Behind her, she heard a new disturbance in the crowd.

Block it out, Thea thought.

There was a swell of excited denial. Thea could feel her connection slipping. Stay focused. . . .

But nobody could have stayed focused during what happened next. She heard a quick footstep. A shadow fell from the east. Then she heard a gasp.

And then something hit her, sending her flying sideways. It happened so fast that she didn’t have time to twist. She landed painfully on her arm. She lost control of the snake.

All she could see as she looked east was a scaly olive-green head driving forward so fast it was a blur. Its jaws were wide open—amazingly wide—and its fangs sank into the blue-jeaned leg of the boy who had knocked Thea out of the way.

L.J. Smith is the New York Times bestselling author of the Night World and Vampire Diaries series. She has written over twenty-five books and lives in California.