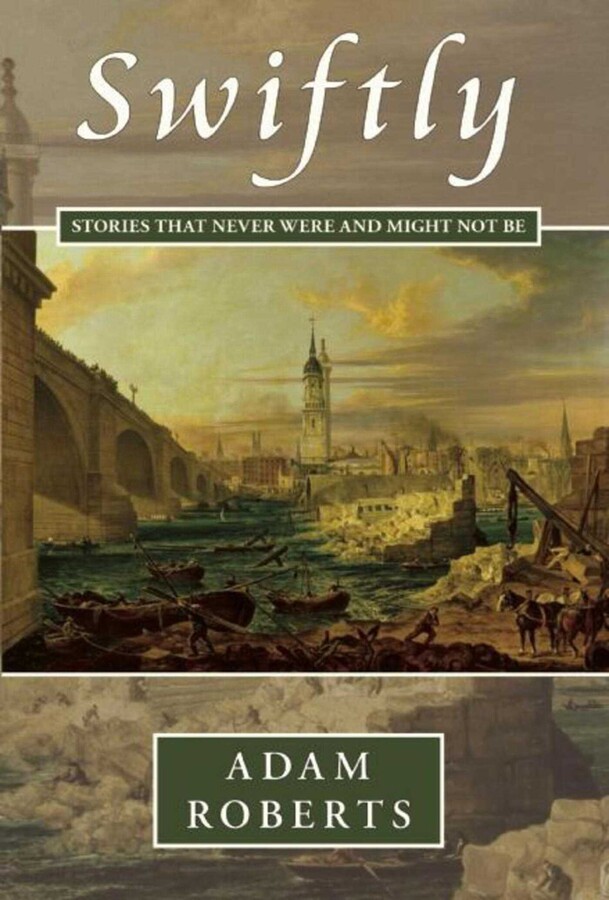 From the Land of Lilliput to Jupiter Magnified In 2000, British author Adam Roberts published his first SF novel, Salt, to wide acclaim. Locus magazine described Salt as "... in the same vein as Frank Herbert's Dune." And in 2001, the beginning of a new millennium, Salt was named a finalist for the prestigious Arthur C. Clarke Award for best science fiction novel of the year. Now, five SF novels later, Adam Roberts presents us with Swiftly, his first short fiction collection. These twelve handpicked tales - eight published here for the first time - showcase Roberts's authorial expertise at interweaving world-building with style, tone, and image. Roberts, whom award-winning author Jon Courtenay Grimwood calls "the king of high concept," is the rare hard-sf writer who emphasizes character over construct. In "Swiftly," the title story to this collection, mid-1840s Europe is at the height of its manufacturing prowess, due in large part to the finely honed skills of the enslaved Lilliputian-like people. But the French Army threatens the English shore, and one British citizen dares to assist the French in order to free the enslaved.

Skyhorse Publishing, under our Night Shade and Talos imprints, is proud to publish a broad range of titles for readers interested in science fiction (space opera, time travel, hard SF, alien invasion, near-future dystopia), fantasy (grimdark, sword and sorcery, contemporary urban fantasy, steampunk, alternative history), and horror (zombies, vampires, and the occult and supernatural), and much more. While not every title we publish becomes a New York Times bestseller, a national bestseller, or a Hugo or Nebula award-winner, we are committed to publishing quality books from a diverse group of authors.