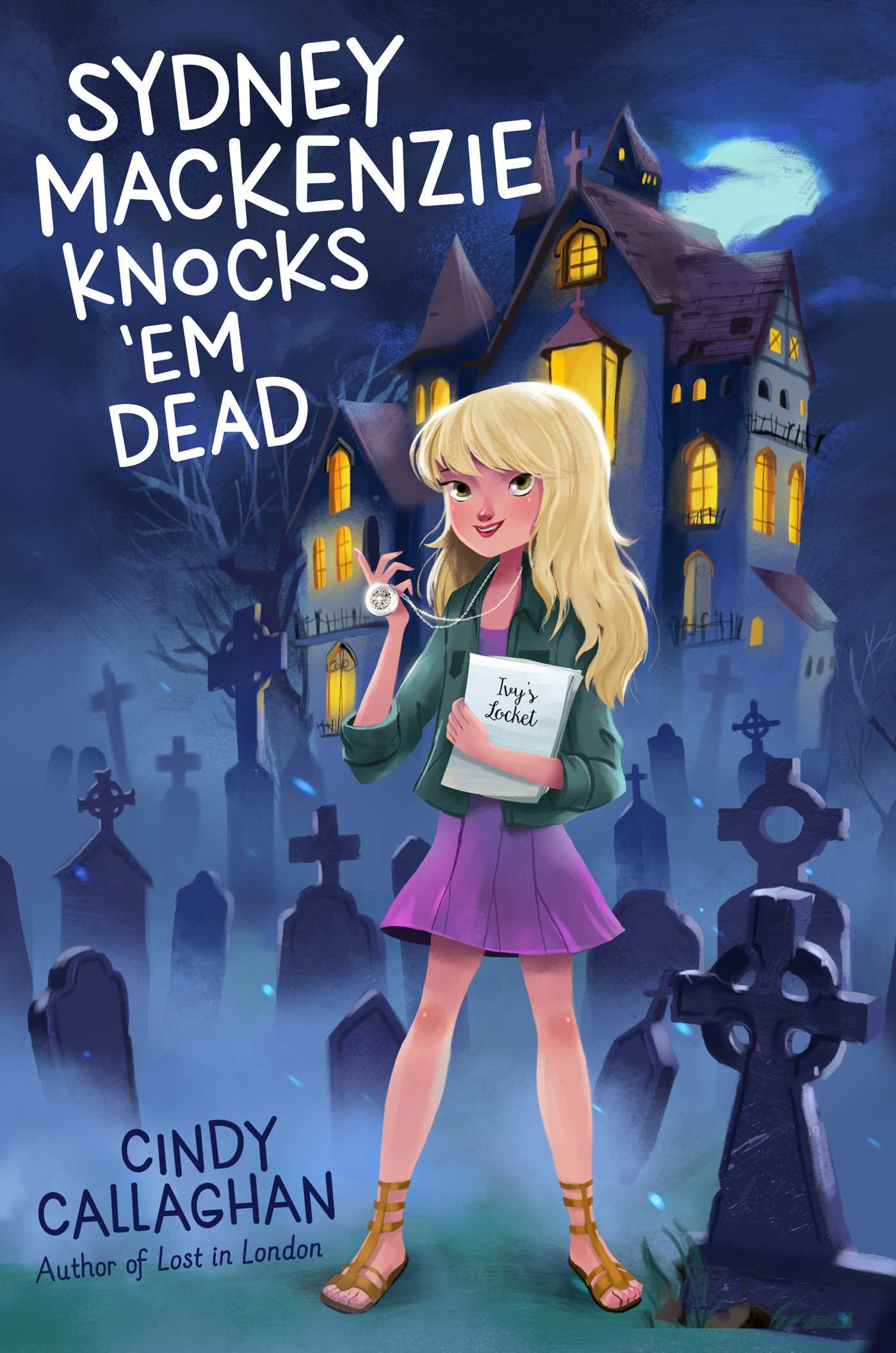 West Coast girl Sydney Mackenzie moves to Delaware after her parents inherit a cemetery—and becomes involved in a mystery surrounding the Underground Railroad—in this novel from the author of Just Add Magic and the Lost in series.

Sydney Mackenzie is an aspiring filmmaker and average less-than-popular California Girl. So when her parents drop the biggest bombshell ever—they have inherited a cemetery called Lay to Rest, which means a move to boring Delaware—Sydney is NOT happy. And to make matters worse? Their “new” house is actually right on the cemetery grounds—and it isn’t exactly California chic.

But after settling in, Sydney discovers that the creepy old house might have more history than she once thought. And someone—or something—is encouraging her to delve deeper into a decades-old mystery that dates back to the Underground Railroad. Will Sydney’s filmmaking skills and the help of some new friends be enough for her get to the bottom of the mystery involving her new home?

Sydney Mackenzie Knocks ’Em Dead * chapter one * LIFE ON THE SUNNY SIDE
EVEN THOUGH I HATED VAMPIRES and just about anything scary, I’d seen Fangs for You five times.

“I loved it more than last week,” my best friend, Leigh, said.

“Me too—Emiline was amazing,” I agreed. “Totally amazing!” I dreamed of being exactly like fifteen-year-old Hollywood sweetheart Emiline Hunt someday. Someday soon. I could see it now: I walk down the red carpet, blinded by camera flashes. My name is in big, bright lights—Fangs for Me : Starring Sydney Mackenzie.

Back in the real world, Leigh and I pushed open the tinted-glass door of the Regal Cinema LA.

“So what now?” Leigh asked.

“You know what would make this day even more perfect? If we went for some froyo!”

We walked to Christina’s Frogurt, our favorite place for fab froyo. Christina’s had the best flavors, including California Colada, Leigh’s fave, and Satiny Red Velvet Cake, my ultimate. As we walked, I checked my phone for messages.

That’s when the unthinkable happened. A kid on a skateboard bumped into me and knocked it out of my hand. In slow motion it fell to the ground, crashed, bounced, and landed in three pieces.

“Sorry,” he called as he boarded away. But sorry wasn’t going to help. I’d spent months secretly cat-sitting to earn enough money for that phone.

“No biggie,” Leigh said. Of course it wasn’t a biggie to Leigh. She had her dad’s gold Amex for “emergencies.” I carried around my mom’s expired card for show. “We’ll go to the Apple Store after this and get you a new one.”

I held the three pieces. “This doesn’t look bad. Jim can probably fix it.” Jim is my dad, and he is the most unhandy person in the world.

“If he can’t, I think I have my old one in a drawer somewhere. You can totally have it.” Leigh always shared her stuff with me.

We got our yogurt and ate at an outside table.

Leigh forgot about my phone, but I worried that without it I’d be a social outcast, which was something I couldn’t afford.

Wearing big hide-my-face-because-I’m-ultra-popular-and-don’t-want-to-be-recognized sunglasses, we pored over the latest issue of Teen Dream magazine, the one with Emiline Hunt on the cover.

Leigh pointed to a dress. “Your strappy Guess sandals would look good with that.”

“Totally.” The sandals weren’t actually Guess. Leigh had assumed they were, and I didn’t correct her.

I glanced at my watch. “I have to get home. My yoga instructor is coming to the house at five.” It was really Roz’s (aka my mom’s) yoga instructor, who I pretended was mine, and he wasn’t coming today. I actually had to check on the neighborhood cats. Things had changed for my family as business at our sporting goods stores slowed down: I started a secret cat-sitting business and lied to keep up appearances with Leigh, while Jim let the country club membership go and skipped a weekender in Baja with his friends. But Roz had more trouble acclimating to the Mackenzies’ new financial status. In fact, she hadn’t acclimated. “Things will turn around,” she kept saying.

I dotted gloss onto my lips. “I needed an extra session this week. You know, to relax.”

“I get that. Eighth grade is totally high pressure.”

“So high,” I agreed, untangling myself from my web of lies. I grabbed a bus home with no idea that my parents were about to drop a bomb that would destroy my sunny, silver-screeny, thrilling, froyo, medium-popular world in Southern California.