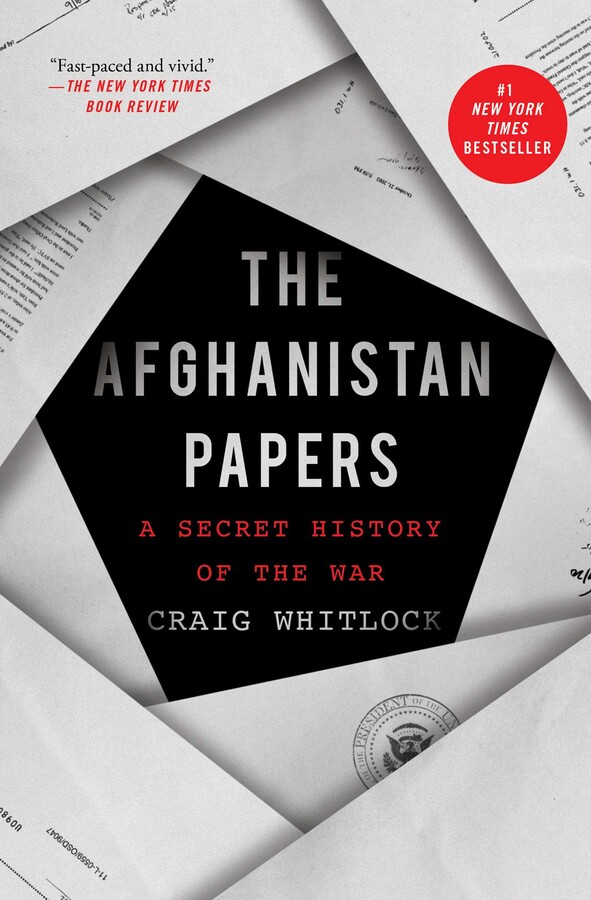 A Secret History of the War

The groundbreaking investigative story of how three successive presidents and their military commanders deceived the public year after year about America’s longest war, foreshadowing the Taliban’s recapture of Afghanistan, by Washington Post reporter and three-time Pulitzer Prize finalist Craig Whitlock.

Unlike the wars in Vietnam and Iraq, the US invasion of Afghanistan in 2001 had near-unanimous public support. At first, the goals were straightforward and clear: to defeat al-Qaeda and prevent a repeat of 9/11. Yet soon after the United States and its allies removed the Taliban from power, the mission veered off course and US officials lost sight of their original objectives.

Distracted by the war in Iraq, the US military became mired in an unwinnable guerrilla conflict in a country it did not understand. But no president wanted to admit failure, especially in a war that began as a just cause. Instead, the Bush, Obama, and Trump administrations sent more and more troops to Afghanistan and repeatedly said they were making progress, even though they knew there was no realistic prospect for an outright victory.

Just as the Pentagon Papers changed the public’s understanding of Vietnam, The Afghanistan Papers contains startling revelation after revelation from people who played a direct role in the war, from leaders in the White House and the Pentagon to soldiers and aid workers on the front lines. In unvarnished language, they admit that the US government’s strategies were a mess, that the nation-building project was a colossal failure, and that drugs and corruption gained a stranglehold over their allies in the Afghan government. All told, the account is based on interviews with more than 1,000 people who knew that the US government was presenting a distorted, and sometimes entirely fabricated, version of the facts on the ground.

Documents unearthed by The Washington Post reveal that President Bush didn’t know the name of his Afghanistan war commander—and didn’t want to make time to meet with him. Secretary of Defense Donald Rumsfeld admitted he had “no visibility into who the bad guys are.” His successor, Robert Gates, said: “We didn’t know jack shit about al-Qaeda.”

The Afghanistan Papers is a shocking account that will supercharge a long overdue reckoning over what went wrong and forever change the way the conflict is remembered. 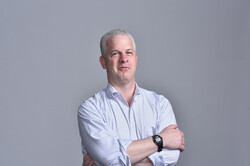 Craig Whitlock is an investigative reporter for The Washington Post. He has covered the global war on terrorism for the Post since 2001 as a foreign correspondent, Pentagon reporter, and national security specialist. In 2019, his coverage of the war in Afghanistan won the George Polk Award for Military Reporting, the Scripps Howard Award for Investigative Reporting, the Investigative Reporters and Editors Freedom of Information Award, and the Robert F. Kennedy Journalism Award for international reporting. He has reported from more than sixty countries and is a three-time finalist for the Pulitzer Prize. He lives in Silver Spring, Maryland.

The Washington Post has built an unparalleled reputation in its coverage of American politics and related topics. The paper’s circulation, prominence, and influence continue to grow.

“Craig Whitlock has forged a searing indictment of the deceit, blunders and hubris of senior military and civilian officials, with the same tragic echoes of the Vietnam conflict. The American dead, wounded and their families deserved wiser and more honorable leaders.”
— Tom Bowman, NPR Pentagon correspondent

“At once page-turning and rigorous, The Afghanistan Papers makes a lasting and revelatory contribution to the record of America's tragic management of our longest war. In transparent and nuanced detail, Whitlock chronicles how American leaders and commanders undermined their country's promises to the Afghans who counted on them and to the U.S. troops who made the ultimate sacrifice after 9/11.”
— Steve Coll, Pulitzer Prize-winning author of Ghost Wars and Directorate S

“The Afghanistan Papers is a gripping account of why the war in Afghanistan lasted so long. The missed opportunities, the outright mistakes and more than anything the first-hand accounts from senior commanders who only years later acknowledged they simply did not tell the American people what they knew about how the war was going.”
— Barbara Starr, CNN Pentagon correspondent

"Whitlock is unsparing in his assessment of presidents Bush, Obama and Trump, as well as U.S. military leaders, saying all failed to level with the American public....Whitlock's book is based on hundreds of ‘lessons learned’ interviews conducted privately by the Special Inspector General for Afghanistan Reconstruction. ...The candid interviews are revealing.”
—NPR

"A hallmark achievement of primary source reporting....The Afghanistan Papers reminds readers of the power of reportage built on documented evidence with names attached."
— The Daily Beast

“A damning account of America’s longest war that reveals what top generals and government officials really knew about the cost and futility of the mission. Whitlock puts the pieces together in a way nobody has before, bringing us the most comprehensive, inside story of this conflict ever told.”
— Rajiv Chandrasekaran, author of Little America: The War Within the War for Afghanistan

“The Afghanistan Papers is an autopsy of America’s folly into central Asia. It chronicles years of recklessness and bad decision-making that the nation is still grappling with today. This book is one part indictment of mission creep and American hubris, and one part warning to future leaders.”
— Kevin Maurer, co-author of The New York Times bestsellers No Easy Day and American Radical

“Like the Pentagon Papers of the Vietnam War, The Afghanistan Papers expose decades of deceit and the persistence of an American brand of imperialism. Examined by the sharp eye of Craig Whitlock, this history provides ample evidence that citizens should finally reject the baseless claim that U.S. military power is a unique force for good in the world.”
— Christian G. Appy, author of American Reckoning: The Vietnam War and Our National Identity

"An unputdownable account of imperial hubris, blundering and deception." — The Spectator

"A damning, gut-punch account of a misguided — and misrepresented — military debacle."
— Washington Independent Review of Books

“Impressively documented... By this authoritative account, the Afghanistan War has been a colossal failure that should have been ended years ago.”
— Kirkus Reviews (starred review)

"Searing... Rigorously detailed... this is a heartbreaking look at how America’s leaders 'chose to bury their mistakes and let the war drift.'”
— Publishers Weekly

A Secret History of the War