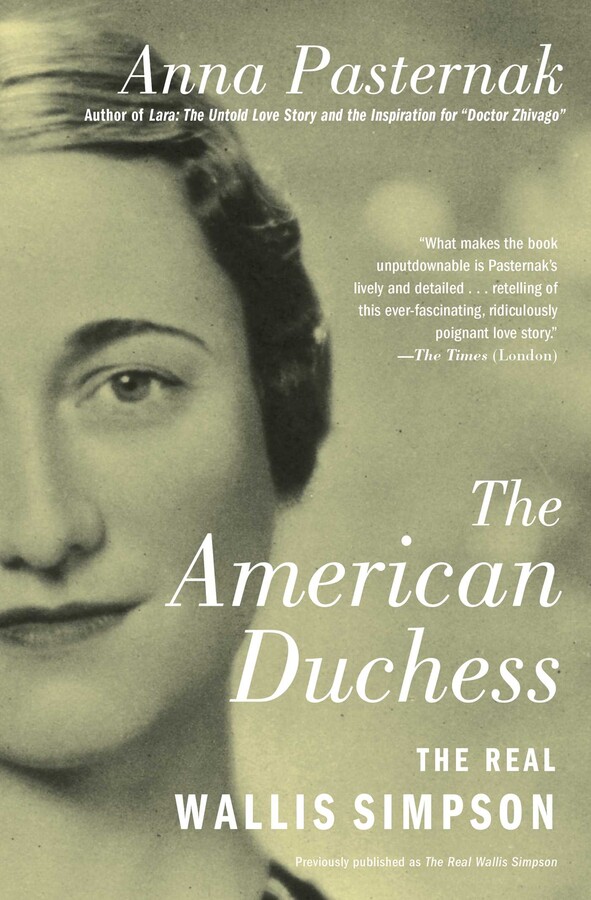 Wallis Simpson is known as the woman at the center of the most scandalous love affair of the 20th century, but in this “unputdownable…lively and detailed” (The Times, London) biography, discover a woman wronged by history with new information revealed by the latest research and those who were close to the couple.

The story that has been told repeatedly is this: The handsome, charismatic, and popular Prince Edward was expected to marry a well-bred virgin who would one day become Queen of England when he ascended the throne. But when the prince was nearly forty, he fell in love with a divorced American woman—Wallis Simpson. No one thought the relationship would last, and when the prince did become king, everyone assumed that was the end of the affair.

But to the shock of the British establishment, the new king announced his intention to marry the American divorcée. Overnight, Wallis was accused of entrapping the prince in a seductive web in order to achieve her audacious ambition to be queen. After declaring that he could not rule without the woman he loved, the king abdicated, and his family banished him and his new wife from the country. The couple spent the rest of their days in exile, but happy in their devoted love for each other.

Now, Anna Pasternak’s The American Dutchess tells a different story: that Wallis was the victim of the abdication, not the villain. Warm, well-mannered, and witty, Wallis was flattered by Prince Edward’s attention, but like everyone else, she never expected his infatuation to last. She never anticipated his jealous, possessive nature—and his absolute refusal to let her go.

Edward’s true dark nature, however, was no secret to the royal family, the church, or the Parliament; everyone close to Edward knew that beyond his charming façade, he was utterly unfit to rule. Caught in Edward’s fierce obsession, she became the perfect scapegoat for those who wished to dethrone the troubled king.

With profound insight and evenhanded research, Pasternak pulls back the curtain on one of the darkest fairy tales in recent memory and effortlessly reveals “a host of intriguing insights into a misunderstood woman” (Kirkus Reviews). 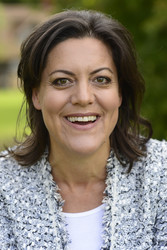 Anna Pasternak is the New York Times bestselling author of Princess in Love and Lara, which revealed the true story of the love affair behind her great uncle Boris Pasternak’s Doctor Zhivago. Her work has appeared in Vanity Fair, Vogue, Harper’s Bazaar, Town & Country, Tatler, and every major British newspaper. She lives in England.

“Pasternak seeks to ‘strip away decades of grotesque caricature’ about Wallis Simpson (1896-1986). The author offers a variety of thought-provoking arguments to counter the accepted wisdom about Simpson… Pasternak's most illuminating point is that she knew how to soothe [Prince Edward] and helped him understand the necessity of his duties; unfortunately, she was unable to curb his obsession with her. The author provides a host of intriguing insights into a misunderstood woman. Those who have read other accounts will want to look at this other side.”

“Pasternak's mission here, accomplished with style and discernment, is to give appropriate balance to how history has proffered Mrs. Simpson's character and motives (many have viewed her as a gold-digger) and recorded her role in the abdication crisis. What Pasternak poignantly reveals is that both the king and Mrs. Simpson demonstrated incredible naïveté about the consequences of their marriage.”

"The book does have the Desert Island Discs effect of making you take notice of and see the compassionate, vulnerable sides of someone you’ve subconsciously compartmentalised all your life as too rich, too thin and, let’s be frank, too American....What makes the book unputdownable is Pasternak’s lively and detailed (and thankfully not Mills & Boonsy) retelling of this ever-fascinating, ridiculously poignant love story."