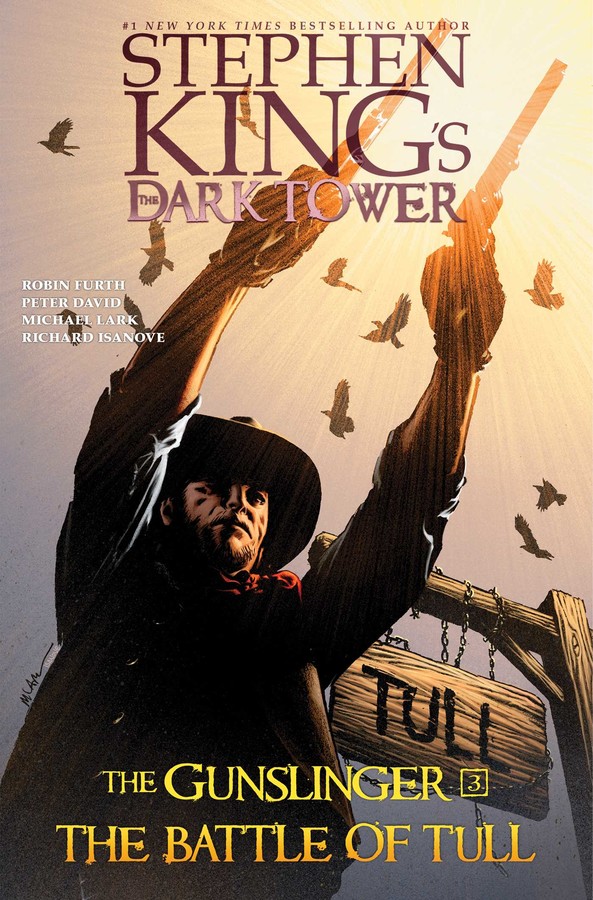 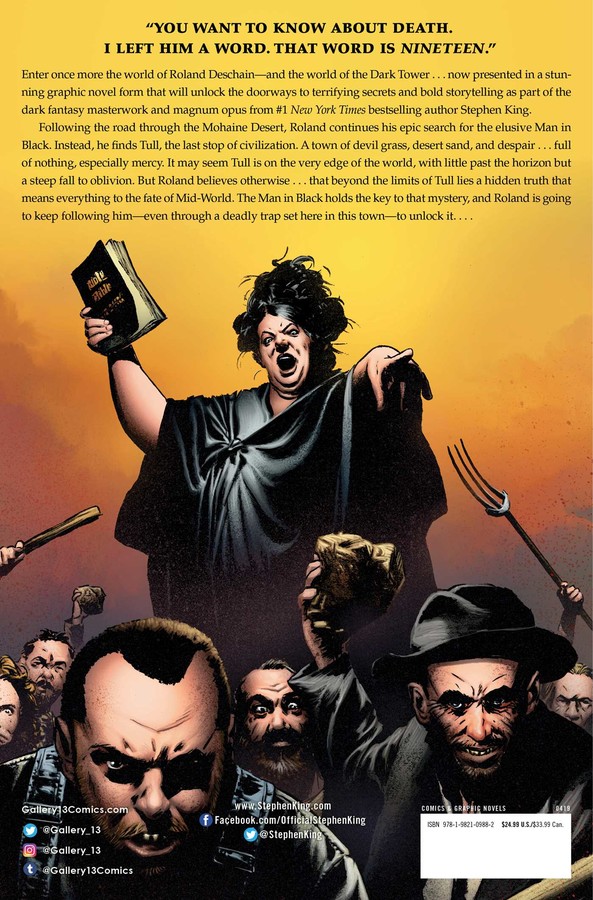 The Battle of Tull

Enter once more the world of Roland Deschain—and the world of the Dark Tower...presented in a stunning graphic novel form that will unlock the doorways to terrifying secrets and bold storytelling as part of the dark fantasy masterwork and magnum opus from #1 New York Times bestselling author Stephen King.

“The man in black fled across the desert, and the gunslinger followed.” With these unforgettable words, millions of readers were introduced to Stephen King’s iconic character Roland Deschain of Gilead. Roland is the last of his kind, a “gunslinger” charged with protecting whatever goodness and light remains in his world—a world that “moved on,” as they say. In this desolate reality—a dangerous land filled with ancient technology and deadly magic, and yet one that mirrors our own in frightening ways—Roland is on a spellbinding and soul-shattering quest to locate and somehow save the mystical nexus of all worlds, all universes: the Dark Tower.

Following the road through the Mohaine Desert, Roland continues his epic search for the elusive Man in Black. Instead, he finds Tull, the last stop of civilization. A town of devil grass, desert sand, and despair…full of nothing, especially mercy. It may seem Tull is on the very edge of the world, with little past the horizon but a steep fall to oblivion. But Roland believes otherwise…that beyond the limits of Tull lies a hidden truth that means everything to the fate of Mid-World. The Man in Black holds the key to that mystery, and Roland is going to keep following him—even through a deadly trap set here in this town—to unlock it.

Stephen King is the author of more than sixty books, all of them worldwide bestsellers. His recent work includes If It Bleeds, The Institute, Elevation, The Outsider, Sleeping Beauties (cowritten with his son Owen King), and the Bill Hodges trilogy: End of Watch, Finders Keepers, and Mr. Mercedes (an Edgar Award winner for Best Novel and an AT&T Audience Network original television series). His novel 11/22/63 was named a top ten book of 2011 by The New York Times Book Review and won the Los Angeles Times Book Prize for Mystery/Thriller. His epic works The Dark Tower, It, Pet Sematary, and Doctor Sleep are the basis for major motion pictures, with It now the highest grossing horror film of all time. He is the recipient of the 2018 PEN America Literary Service Award, the 2014 National Medal of Arts, and the 2003 National Book Foundation Medal for Distinguished Contribution to American Letters. He lives in Bangor, Maine, with his wife, novelist Tabitha King.

Robin Furth is perhaps the only person around who knows more about the Dark Tower mythos than Stephen King himself, and is the author of The Dark Tower: The Complete Concordance. 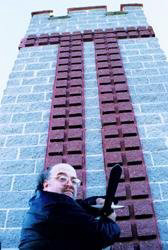 Peter David is a prolific writer whose career, and continued popularity, spans more than twenty-five years. He has worked in every conceivable media—television, film, books (fiction, nonfiction, and audio), short stories, and comic books—and acquired followings in all of them.

The Battle of Tull

More books in this series: Stephen King's The Dark Tower: The Gunslinger