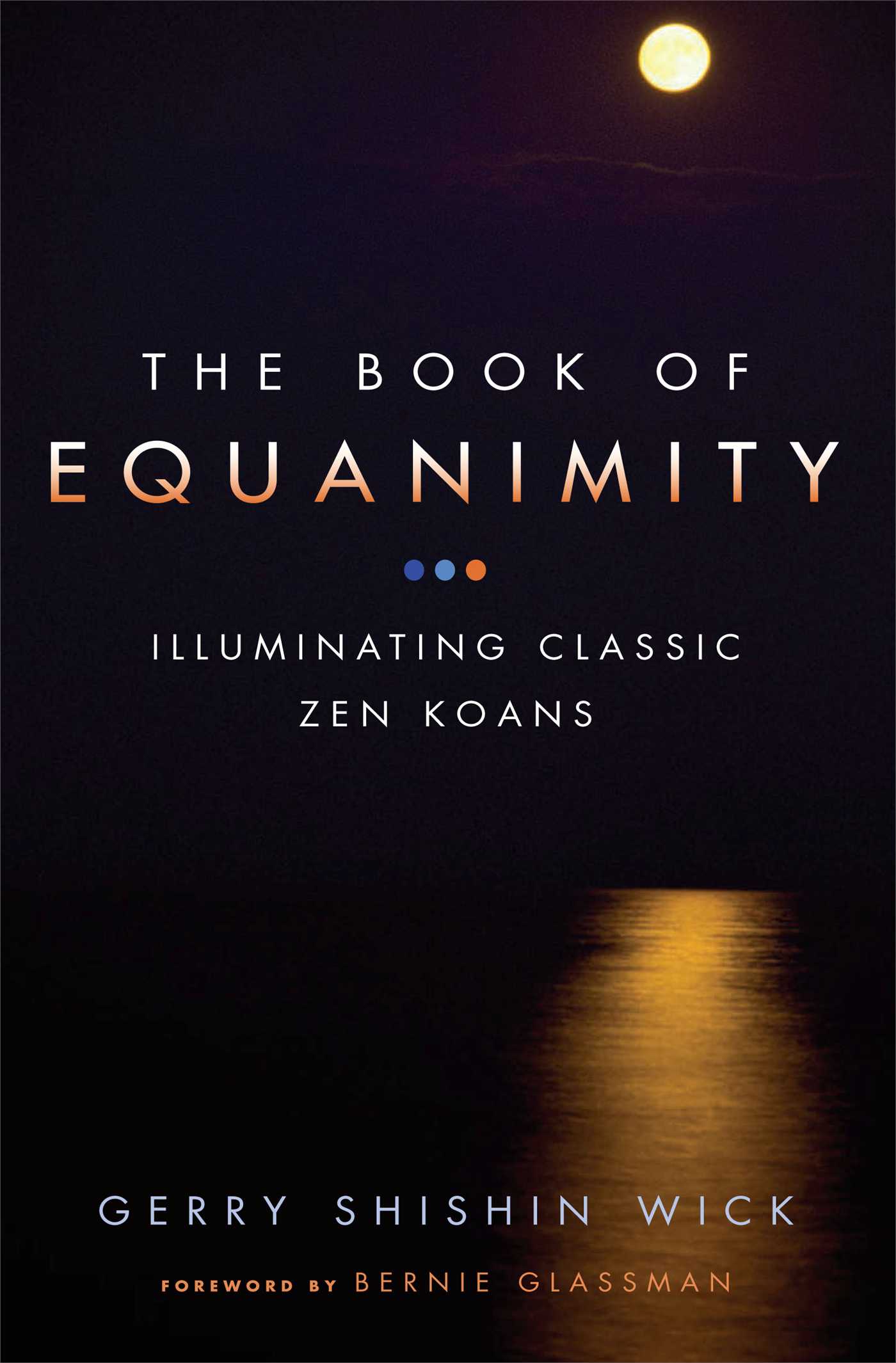 The Book of Equanimity

The Book of Equanimity contains the first-ever complete English language commentary on one of the most beloved classic collections of Zen teaching stories (koans), making them vividly relevant to spiritual seekers and Zen students in the twenty-first century. Continually emphasizing koans as effective tools to discover and experience the deepest truths of our being, Wick brings the art of the koan to life for those who want to practice wisdom in their daily lives.

The koan collection Wick explores here is highly esteemed as both literature and training material in the Zen tradition, in which koan-study is one of two paths a practitioner might take. This collection is used for training in many Zen centers in the Americas and in Europe but has never before been available with commentary from a contemporary Zen master. Wick's Book of Equanimity includes new translations of the preface, main case and verse for each koan, and modern commentaries on the koans by Wick himself.

Gerry Shishin Wick is a dharma heir of Taizan Maezumi. He studied with both Soto and Rinzai Zen masters (as did Maezumi) and for 20 years his understanding of the koans in the Book of Equanimity was examined by Maezumi. A former professor of physics, oceanography, and, later, Buddhism, Wick is a teacher whose unique qualifications make him a particularly appealing author.

"This rich and contemporary commentary on the Book of Equanimity takes us through a world of liberating insights. It challenges the reader to look beyond the predictable and obvious to the depth and subtlety of a mind that is truly free."

"Wick's pithy commentaries on the Book of Equanimity cut to the quick of the one hundred cases contained in it. A beacon that penetrates through the haze of complications."

– John Daido Loori, author of The Zen of Creativity

"Shishin Wick brings to this important work the depth, precision, and the true vision of the scientist who always stands ready to question everything, never satisfied with platitudes or old standards. He exemplifies the relentless clarity of the teacher challenging us to start afresh in each moment and unabashedly explore in these koans the essence of Zen-and the essence of our lives-in our own words, in the time, culture, and places where we find ourselves."

– from the foreword by Bernie Glassman

"Gerry Shishin Wick is a Zen teacher of long experience and uncommon depth of practice. Every student of Zen would do well to read this fine book and anything else he writes."

"Wick's brilliant book helps us crack the mystery of the legendary Zen koans that have been driving Dharma students crazy or to enlightenment for centuries. I myself have found it very interesting and useful, both for myself and for Dharma students. It is a real contribution to Buddhist literature in the Western world, further opening the treasure trove of this great wisdom tradition."

– Lama Surya Das, author of Awakening the Buddha Within: Tibetan Wisdom for the Western World and founder of the Dzogchen Center.

"With the sureness of one who knows how to travel the beyond, Zen Master Shesshin Wick guides us through this wonderful Zen classic. Through his eyes and his wise hand, he helps us discover in ourselves a life that is ever abundant with the mystery that flows without ceasing from our own primordial nonexistence."

"The legacy of Taizan Maezumi Roshi's teachings lives on in The Book of Equanimity: Illuminating Classic Zen Koans by his student, Gerry Shishin Wick. The Book of Equanimity is as central to koan practice in the Soto Zen tradition as the better-known Blue Cliff Record is in the Rinzai tradition. The one hundred koans it discusses were first collected and comment upon with short appreciatory verses by Master Wanshi Shokaku in the twelfth century. A hundred years later, Bansho Gyposhu added prefaces. At the beginning of the twenty-first century, Shishin Wick gave a series of talks on each of the hundred cases to Zen students in Colorado, and now with this new publication he offers his commentary and translation to a wider audience. Shishin Wick was trained as a physicist and oceanographer, and his scientific background comes through in his rigorous examination of each case. His poetic sensibility is also evident in the book, such as in his commentary on 'Joshu's Dog,' which describes the noble futility of the bodhisattva vow, by using the image of someone attempting to fill up a well with snow. He draws upon examples ranging from the scholarly (comparisons with other koan collections) to the everyday (a friend's paralyzed dachshund) to show the importance of The Book of Equanimity in the Zen tradition and its relevance to the lives of his students and readers."

"The Book of Equanimity is one of the most brilliant and subtle texts in the Zen tradition. Shishin Wick's commentaries on this timeless series of koans illuminate the ancient wisdom of the east for our modern scientific world. There are few today who could shed this kind of light for the Western reader in the 21st century."

The Book of Equanimity